What Arctic Wildfires Mean For The Fight Against Climate Change

Wildfires have been raging in the Amazon, Central Africa, Indonesia, Australia, the US West Coast, consuming vital forests and releasing millions of tons of carbon into our atmosphere. Further north, the arctic peatlands are also ablaze, although these fires behave a little differently.

2020 continues to smash record temperatures. In June, temperatures in the Arctic, particularly in Verkhoyansk reached a record high of 38 degrees Celsius (100.4 degrees Fahrenheit), possibly the highest temperature ever recorded in the Arctic. For a region typically known for its frigid climate, this is extremely concerning, as heat waves and wildfires rage in the Arctic Circle and beyond. This spells further disaster for the fight against climate change, as permafrost melt could lead to methane release and amplify global warming. 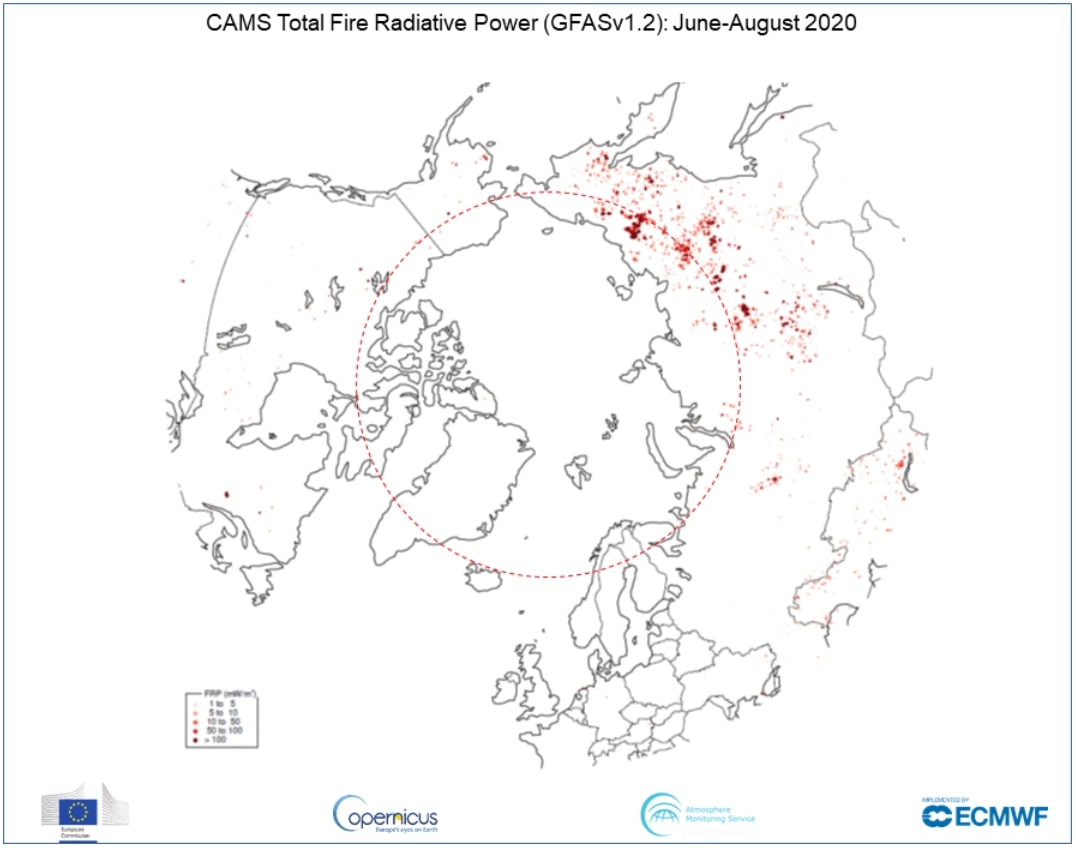 The Fire Radiative Power is a measure of heat output from wildfires. Many parts of northern Russia have seen, and still continue to see smouldering wildfires. (Source: Copernicus Atmosphere Monitoring Service, ECMWF)

The Siberian tundra contains large swathes of peatlands, carbon-rich soils that form from slowly decaying waterlogged plant matter. While the peatlands store a tremendous amount of carbon in the soils, this carbon can be re-introduced into the air, most commonly by combustion.

As the fires raged since May, hundreds of square kilometres of peatland have since been burned, releasing an alarming 244 megatonnes (or 244 billion kilogrammes) of carbon dioxide as of the 7th September 2020. This record-breaking amount equals some countries’ yearly carbon emissions such as Malaysia, and contributes significantly to our global footprint. 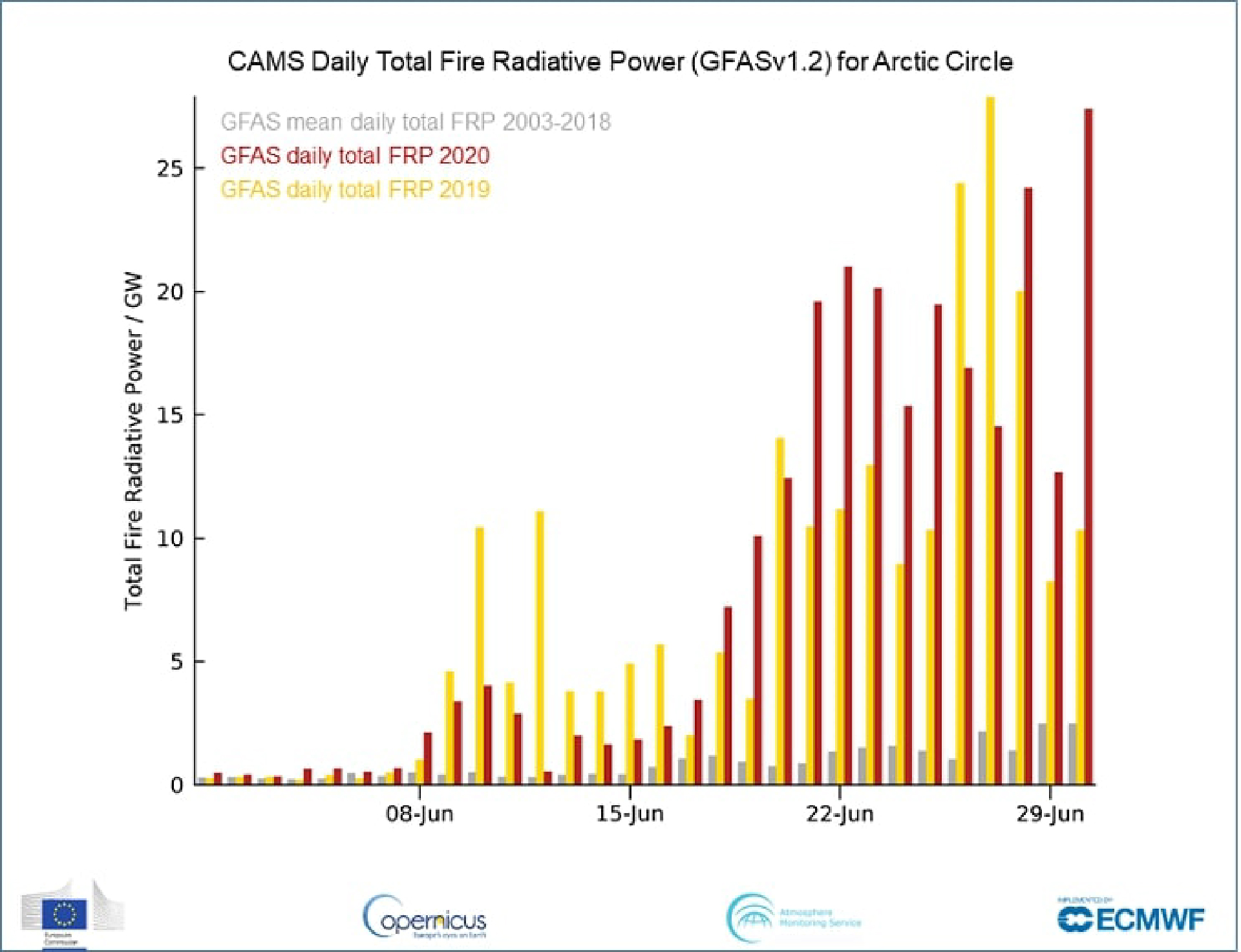 Environmentalists and experts are concerned that this year’s fires are just a symptom, and an additional contributing cause, of a vicious circle of climate change. As fires tear through carbon-rich soils like the peatlands, tonnes of greenhouse gases are released into the atmosphere, contributing to further global warming. This results in further permafrost melt, unveiling more fuel to contribute to the next cycles of Siberian tundra fires, increasing their intensity and duration. This could lead to the the arctic peatlands’ switch from a historical carbon to source, threatening the release of millenia of carbon stored in these regions.

On one hand, Arctic wildfires are of the slow, smouldering type rather than their raging Californian counterparts. This slows their progress, but also allows them to persist longer. In fact, the recent Nordic blazes might have ignited as far back as last year and managed to last through winter.

While smouldering fires do not produce the large flames we see in forest fires, they are potentially more difficult to deal with. The bomber planes that disperse water and flame retardants can do little against fires of this nature, and rainfall is equally powerless. Although smouldering fires require large amounts of rain to be put out, rainfall of this intensity would usually be coupled with lightning, which can easily ignite the peatland again and even the methane stored beneath.

As smoke gets carried by the wind to nearby towns and settlements, local air quality deteriorates. The fires also produce black soot that can form deposits on snow and ice, darkening the surface and reducing the Albedo effect. This is the Earth’s ability to reflect sunlight and heat back into space with brighter surfaces, counteracted by darker colors which absorb heat.

The key questions, aside from future projections, debate how to mitigate these fires. Putting out every single fire hotspot may no longer be logistically possible – these affected peatlands lie in remote places, often lacking infrastructure that can support firefighting efforts. Given the scale of the fires, experts clash on the feasibility of stopping the spread, arguing that our best way forward is to devise climate adaptation and mitigation strategies, to adapt to the intensifying symptoms of climate change.