Why Environmental Impact Should Influence Your Diet

The environmental impact of your beef may not always be simple, but it is always higher than plant-based alternatives. 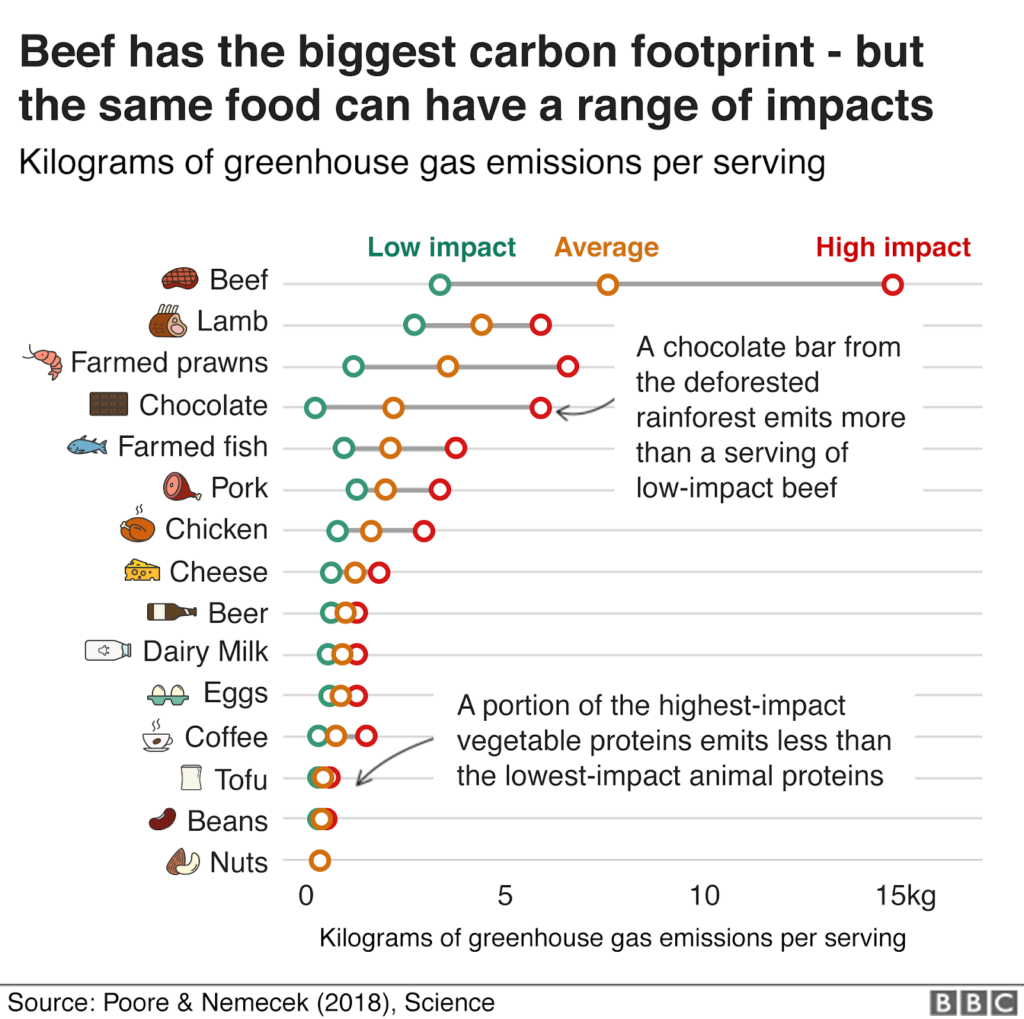 A study published in the journal Science in 2018 by Poore and Nemecek demonstrated that even the lowest impact animal products have greater environmental impacts than plant-based substitutes. However, even within products, there is huge variation in the environmental impacts depending on the production process. This demonstrates that it really does matter not only what you eat, but how it was produced.

A quarter of greenhouse gas emissions come from food production (1), and with a predicted global population of nearly 10 billion people by 2050 (2), minimising the environmental impact of food production is becoming even more important. It has also been shown that:

The study suggests that an integrated mitigation framework is needed to allow widespread change, and that this framework needs to span from researchers to producers and processors, and then to retailers and consumers.

Dietary change must be made by individuals, though widespread change is required to limit global warming and prevent further irreversible biodiversity loss. Therefore, communication about the environmental impact of food products is vital in causing this change, whether that be changing to a more plant-based diet or simply choosing animal products with lower environmental impacts.

This article was written by Lizzie de Lusignan.