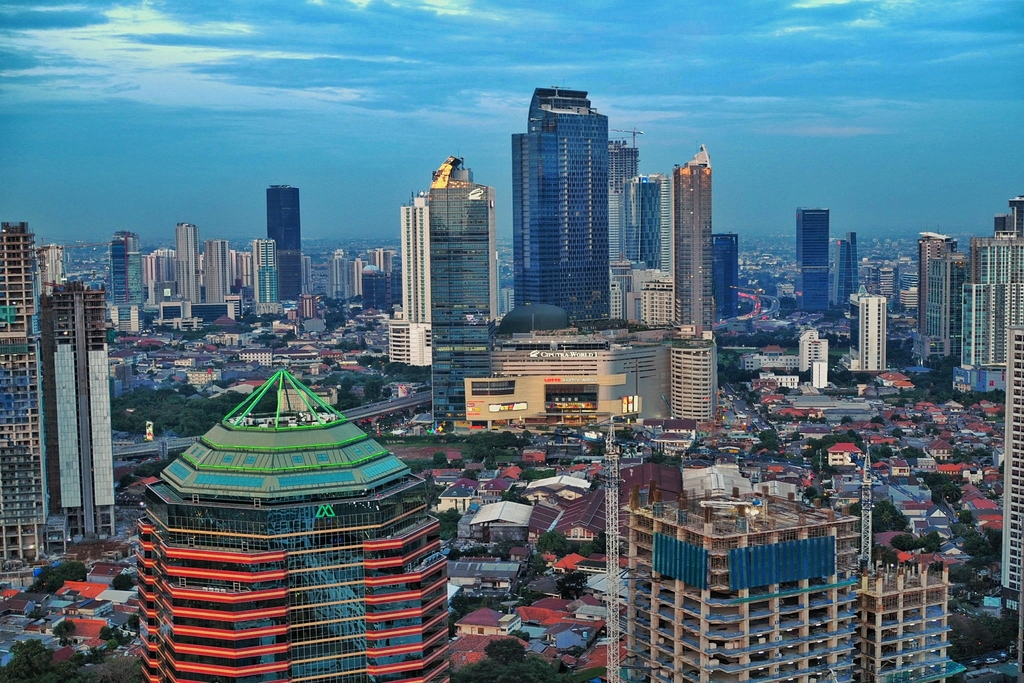 Jakarta, the capital of Indonesia, sits precariously on the Pacific Ring of Fire (an area of high tectonic activity) and annually experiences severe flooding, monsoons, tsunamis, and earthquakes, the effects of which are getting more extreme as the climate crisis worsens. It is also one of the fastest sinking cities in the world. To escape the rising sea levels, the Indonesian government is moving its headquarters to Borneo, the island famous for its orangutans. What are the social and ecological consequences of such a move?

In April 2019, Indonesia’s president Joko Widodo announced his cabinet’s plans to move the capital from Jakarta to a more central location in the Indonesian archipelago. While some welcomed this as a sign that the Java-based government is taking greater interest in the development of its more remote communities situated on other islands, the reality is that at the current rate of rising sea levels and sinking foundations, areas of Jakarta will be entirely submerged by 2050.

The land under the city is sinking at an average rate of 1-15 cm per year, with the rates of sinking unevenly distributed around the city’s districts, from 1cm per year in the south to up to 15cm in the west and 25cm in North Jakarta. This phenomenon is known as land-subsidence, and is predominantly a consequence of unmoderated human activity. Land-subsidence is caused by the extraction of large volumes of groundwater from aquifers beneath the city, and in the case of Jakarta, the sinking is further exacerbated by the soft, swampy ground on which the city sits. Despite some of this extraction being illegal, the city does not have the resources to police it effectively and, due to the inadequate provision of drinkable water to many of its districts, the local populace often has no alternative.

Land-subsidence is a serious issue for locals, as it increases the severity and duration of flooding, preventing run-off from finding its way back into the sea and rivers. Even in relatively dry periods, the sinking causes cracks in walls and uneven surfaces leading to structural instability in buildings that frequently needs to be patched up.

What will happen to Jakarta once the administrative buildings and government officials have been relocated? Plans for the new capital city only accommodate 1.5 million of the 10 million people currently living in the capital. After prioritising civil servants and their families, the remaining places will likely go to the wealthy or well-connected, leaving the middle- and lower-class majority of Jakarta to address the increasingly urgent issues of land subsidence, flooding, traffic congestion and air pollution themselves. In an interview last year, President Widodo agreed that Jakarta must embark on the Giant Sea Wall project, discussions of which began a decade ago. The project has been repeatedly postponed amid debates about the cost of the project and the impact it could have on the local coral reef and fishing industry.

The finalised location for the new capital, as announced in August of last year, is the province of East Kalimantan on the southern, Indonesian-owned end of the idyllic and sparsely populated island of Borneo. This island was the strong favourite for several reasons: firstly, that it would ease the overcrowding of Java, the most densely populated island in Indonesia, and secondly, it would separate the governmental centre from the economic hub, redistributing wealth away from Java which currently contributes 58% of Indonesia’s GDP. In comparison, Kalimantan contributes less than 9%, and Bali-Nusa Tenggara and Maluku-Papua, the most eastern regions, contribute 3% and 2.5%, respectively.

Finally, moving the capital to a more central location in the archipelago would give the impression of a more unified country and a government that takes greater interest in its more remote, isolated regions in the east, whose development has long been neglected.

There have been mixed feelings regarding the move amongst the locals of East Kalimantan, with some hoping that the increased development in the area will result in better education and employment prospects. On the other hand, there is concern among locals and environmental groups about what the large influx of immigrants, and the accompanying development, will mean for the pristine tropical rainforests and biodiversity in the region. Not only would there be grave regional implications of further pollution and deforestation, but the planet’s health would also be compromised further. Borneo has been called the ‘lungs of the world’ due to the large amounts of CO2 the heavily forested island absorbs, similar to the Amazon rainforest. With the introduction of large-scale human activities such as mining and logging, Borneo may risk emitting more greenhouse gases than it absorbs. President Widodo has promised to preserve the protected rainforest in the region, a promise which will hopefully be honoured.

It remains to be seen to what degree the move will be a success in terms of social welfare and economic growth for remote Indonesia, and for those inhabitants left behind in Jakarta. In the meantime, it is imperative that the government boosts efforts to reduce the impacts of rising sea levels through physical buffers and reducing emissions.