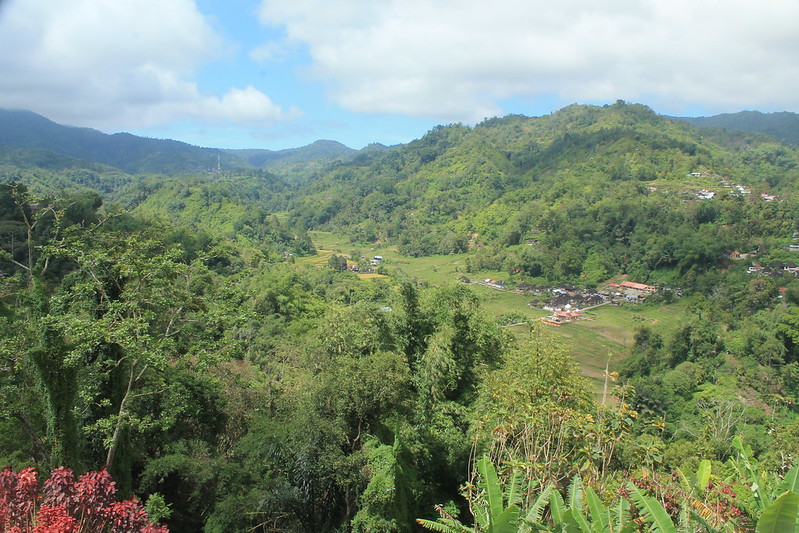 An upgrade to a road that cuts through one of Southeast Asia’s last great swaths of intact rainforest in Sumatra is driving deeper deforestation by humans into blocks of forest that may spread into a national park. The road runs 36 kilometers (22 miles) between the districts of Karo and Langkat in Indonesia’s North Sumatra province, and for a long time was no more than a dirt track, a 4.1-km (2.5-mi) stretch of which runs through Gunung Leuser National Park.

Authorities recently upgraded the road, paving it over with asphalt, despite calls from UNESCO not to do so. The national park is part of a wider UNESCO World Heritage Site.

It’s also part of the Leuser Ecosystem, the last place on Earth where critically endangered rhinos, tigers, elephants and orangutans still coexist in the wild — but which has also been eaten away at in recent years by human encroachment for oil palm cultivation and illegal logging.

More than 450,000 hectares (1.1 million acres) of the Leuser Ecosystem have been deforested, leaving 1.8 million hectares (4.4 million acres) of intact rainforest as of 2019, according to data from the NGO Forest, Nature and Environment of Aceh (HAkA).

Activists say they fear more forests and habitat of key species will be lost in near future the newly paved road provides easier access into previously untouched forest areas, eventually carving into the national park itself. The Bukit Barisan public forest park, a neighboring block of forest that isn’t subject to the same degree of protection as Gunung Leuser National Park, has already been impacted by the upgrades to the road, groups say.

The forest park has lost 1,200 hectares (3,000 acres) of its tree cover for houses and coffee plantations, according to monitoring by the Indonesian Forum for the Environment (Walhi), the country’s largest green group. Officials say the people clearing the forest are evacuees forced out of their homes by ongoing eruptions of the nearby Mount Sinabung volcano. They say these people have set up houses and plantations inside the 51,000-hectare (126,000-acre) public forest park by taking advantage of the new access opened by the upgraded road.

The number of households dotted around the road when it was still a dirt track was 31, according to official data, but mushroomed to 296 in 2019, following the paving.

Sean Sloan, a scientist at James Cook University in Australia who carried out a study in 2018 on the impact of infrastructure development in the wider Leuser Ecosystem, said it’s only natural for settlements to start appearing after a road has been upgraded.

“The history of the Leuser Ecosystem evidences that settlement occurs widely and seemingly illegally along roads once they’re asphalted and made well,” he told Mongabay. “And so to make another road along the ecosystem further improves the point.”

Dana Tarigan, director of Walhi’s North Sumatra chapter, said he suspected many of the settlers who have encroached into the public forest park aren’t Sinabung evacuees, but rather part of an organized land grab using the volcanic eruptions as cover to clear the forests and occupy the land.

“In the beginning, there might have been evacuees [among the people who moved into the area], but it has turned into an organized crime and the evacuees are being used as a shield,” Dana told Mongabay.

He added that the rate of forest clearing — 1,200 hectares in just two years — was far too intensive to have been carried out by a group of a few hundred impoverished evacuees.

“What tools do they use to cut down such a large area?” he said. “What kind of evacuees, who supposedly have nothing, could encroach into 1,200 hectares of forest?”

“There have been underhanded dealings going on, with illegal settlement by people from outside Karo,” Dana said.

To date, the forest incursion has been confined to the Bukit Barisan public forest park. But as the amount of cleared area expands, the settlements are now less than a kilometer (0.6 miles) from Gunung Leuser National Park. A local activist keeping track of the encroachment says in some areas the land clearing is within a few dozen meters of the national park.

That means it’s only a matter of time before people started cutting into Gunung Leuser National Park, Dana said.

The incursion is already affecting the region’s rare and threatened wildlife, including orangutans. In 2020, there were at least two reports of orangutans seen fleeing from forest areas being cleared.

Muhammad Yusrizal Adi Syaputra, a law lecturer at the Medan Area University in Medan, the North Sumatra capital, carried out an analysis of the road project and its impacts. He said there was a potential for a decline of 28-36% in bird and mammal populations within a 2.6-km (1.6-mi) radius of the road, and a 25-38% decline within a 17-km (10.5-mi) radius.

Sloan said that while the recently upgraded road itself might not cut through the core of the Leuser Ecosystem, it’s still a major concern.

“As far as random roads go, it’s probably not the most detrimental, but it fits into a larger pattern of laxed regulation, indifference, and piecemeal destruction,” he said.

The worst-case scenario is if the road cuts off an area of forest, isolating it entirely, according to Sloan. He adds there’s a specific area of forest in the national park that could be easily isolated this way from the rest of the park.

“It might house a few dozen orangutans, but that population would die out” if the forest becomes isolated, Sloan said.

In its 2020 World Heritage Outlook report, the IUCN also noted the presence of Sumatran orangutans close to the Karo-Langkat road.

“Sumatran orangutan, which are critically endangered are known to inhabit the area of the road and therefore the road will likely fragment its habitat,” the IUCN said in the report.

You might also like: Conservationists are Suing the US Fish and Wildlife Service to Preserve the Red Wolf Population

Sloan said he was surprised that the proposal to upgrade the road had been approved under UNESCO’s watch, given that the U.N. body had recommended the Indonesian government to cease all infrastructure projects that might threaten Gunung Leuser National Park. The park is part of a UNESCO World Heritage Site called the Tropical Rainforest Heritage of Sumatra (TRHS) that has been listed as a World Heritage in Danger since 2011 due to “serious and specific” infrastructure threats.

In 2013 and 2018, the IUCN conducted monitoring missions to assess the state of the TRHS, including threats and the required corrective measures. The two missions highlighted the Karo-Langkat road as infrastructure that required immediate attention as it bisected Gunung Leuser National Park, including areas frequently used by tigers, elephants and orangutans.

Based on the result of the missions, UNESCO’s World Heritage Committee requested the Indonesian government stay committed to not building any new roads within the TRHS and to ensure any road upgrades are only permitted if they could be shown to not cause any negative impact on the area’s Outstanding Universal Value.

But in 2018, the IUCN mission learned that two road upgrades inside the TRHS had been recently approved without environmental impact assessments, including the proposal to upgrade the Karo-Langkat road through the national park.

The proposal was made by local officials and lawmakers, who said the road had to be upgraded to develop the local economy and provide an evacuation route in case of natural disasters. In 2016, the Ministry of Environment and Forestry rejected the proposal on the grounds that Gunung Leuser National Park is a World Heritage Site.

After years of trying to get the project approved by the central government, the local government finally managed to obtain a letter from the environment ministry in 2018 that greenlit the project as long as an academic study was conducted first.

Based on that letter, the provincial government allocated 14 billion rupiah ($981,000) for the project in 2018, and construction began shortly after that. But Gunung Leuser National Park authorities reportedly blocked the project, triggering protests from local communities and officials.

Baskami Ginting, the speaker of the North Sumatra provincial legislature, said the letter from the ministry should have been enough for the project to proceed. After the initial objection from the national park authorities, the project resumed and now had been completed.

The IUCN expressed concern over the completion of the project in its report, saying the government had ignored the committee’s call to not proceed with these upgrades until environmental impact assessments had been undertaken.

“It’s better if the environment ministry gives a permit, but it has to be clear, such as a permit to construct a road,” Yusrizal told Mongabay. “But until now, I haven’t found the legal basis [for the road construction]. I’ve just found a cooperation agreement to construct the road.”

The national park authority says it is working with the Ministry of Public Works and Housing to ensure that the UNESCO-requested strategic environmental assessment and mitigation plan is prioritized in its 2020–2021 work plan and budget.