Scorching Drought in Mexico: Is There Really Not Enough Water? 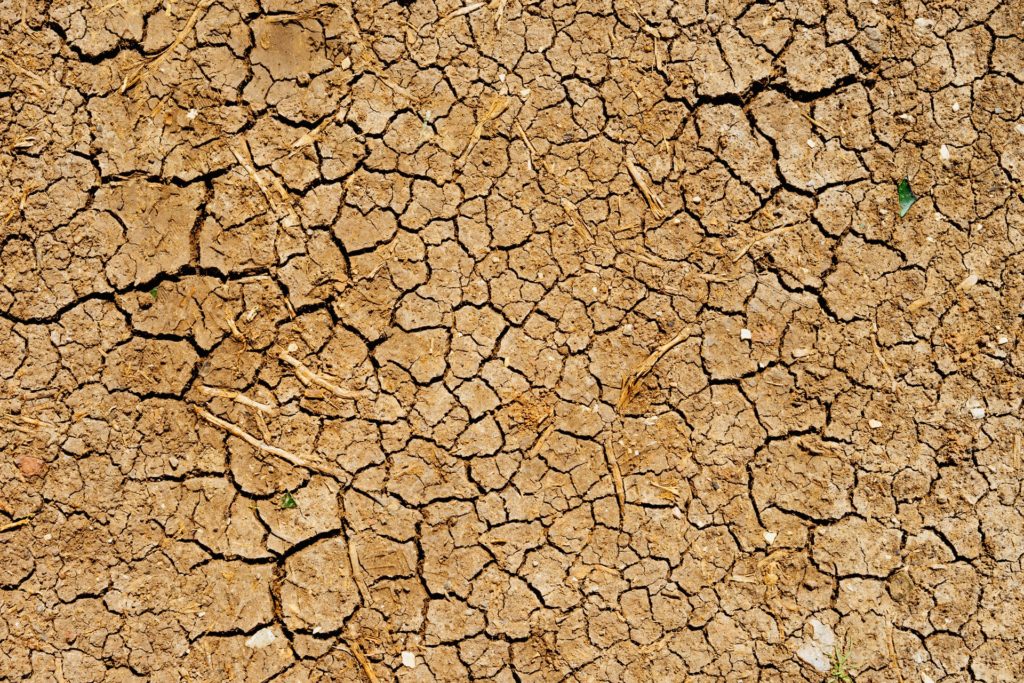 Drought in Mexico have a long history: the country’s location and climate have always made it vulnerable to very dry periods. Despite how recurrent these are, 2021 has brought one of the most intense and devastating droughts in decades. We’ll be looking at the national history of droughts, the causes and consequences of today’s situation, and whether water is actually lacking, or whether it is simply being mismanaged.

A History of Drought in Mexico

Centuries ago, Mesoamerican people strategically settled in fertile land with frequent rain. Many of their social organisation efforts, knowledge of exact and applied sciences and religious beliefs were focused on reducing the dangers of inevitable droughts and rough weather. When the Spanish colonised the territory, they destroyed most (if not all) of the knowledge that these societies had gathered about nature. In addition, the Spanish got rid of the economic organisation that, by being intimately related to work, water and land, sustained society.

By the 17th century, there had been a radical change: a self-sustaining economy in which communities rarely exchanged products had quickly turned into an economy that prioritised cities over rural areas and exploited natural resources.

Of course, the Spanish noticed the climate cycles as well. Due to devastating floods in Mexico City, for instance, a drainage structure was built in order to remove lakes and rivers from the area.  This period was also not exempt from droughts: a preliminary study quoted by Enrique Florescano registers 88 droughts between 1521 and 1821. Throughout those years, indigenous people and farmers remained a side-lined minority, and by the time Mexico was independent, the new government did not improve their circumstances nor challenged the industrialisation process that was well underway.

Since then, farmers, indigenous people, peasants and the working class were disproportionately affected by drought in Mexico. As a result, the country has slowly reduced its possibilities of being self-sufficient: every drought destabilises the farming sector, making the country more dependent on foreign agriculture – today, Mexico imports more than 50% of the food that the population consumes.  In addition, many of the crisis effects that could already be seen centuries ago are still present now: hunger, migration, epidemics and social unrest, among others. 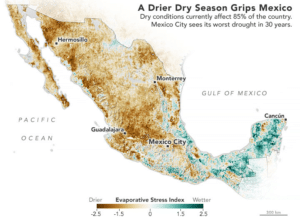 What is the Situation Today?

As of April 2021, nearly 85% of  Mexico is dangerously dry, and dams throughout the Mexican territory have reached exceptionally low levels. The National Water Commission (CONAGUA) states that 1 295 municipalities are experiencing drought conditions, especially in the north, while some states in the south registered an average temperature between 33 and 36 degrees Celsius during March,  April and May. These circumstances have led to 6,224 wildfires between January and June of 2021 (in comparison, 2020 had 5,551 wildfires throughout the whole year). With these numbers, Mexico is the second most water-stressed country (which means that water demand is higher than water availability) in all Latin America.

Let us look at some of the consequences of such an intense drought in Mexico. Firstly, a drought can provoke a food crisis. In 2011, the Rarámuri community in the north of Mexico was highly affected by that year’s drought: countless corn crops that were destined for auto consumption were lost, and hospitals were full of people with severe malnutrition. A national initiative of food donations helped the community in the short-term, but longer-term measures were also necessary, to ensure that more water could be retained (since about 95% of the rain water in the area evaporates quickly). With this in mind,  a collaboration between Oxfam and the Tarahumara Foundation built hydraulic structures in the shape of dams, and other communities have been able to replicate this system. This shows that solutions are both very possible and incredibly necessary.

Secondly, farmers struggle to grow enough greens to feed cattle. The president of the Regional Farmers’ Union in Coahuila says there have been reports of cows dying of starvation, which also happened in the droughts of 1996 and 2011. In addition, a drought affects crops in general, leading to a lower production, more imports and thus higher prices of produce.

In addition, experiencing a drought in Mexico can lead to social water conflicts. In 2020, farmers took control of the dam La Boquilla in the northern Mexican state of Chihuahua. This dam is strategic for the relationship between Mexico and the US: according to a treaty signed in 1944, Mexico and the US share the water from their border rivers (Colorado river and Rio Grande). More specifically, the treaty states that Mexico should deliver 2 200 million squared cubes of water to the US every five years. Since La Boquilla is one of the main hydraulic systems in northern Mexico, it plays a key role in the process of collecting the water and sending it to the US. Farmers and protesters know this, and they argued that their harvests would suffer if the water was sent up north. Mexican President López Obrador in turn claimed that these farmers had been manipulated by his political opponents. López Obrador believed there was enough water for the farmers even if the contract with the US was fulfilled and, after months of escalating tensions, he sent the national guard to fight the protesters. This confrontation led to the death of two agricultural producers, several people were injured, and 17 protesters were detained.

This is only one example of the multi-layered social conflicts that can be caused by a water crisis.

Is There Really Not Enough Water?

As previously mentioned, Mexico’s climate and localisation make it especially vulnerable to droughts, and surviving dry periods is mostly possible by accumulating water during the rainy months (June to September). Apart from the yearly cycle, there are drier or rainier periods that can last up to 15 years, and perhaps counterintuitively, the amount of rain is currently increasing compared to 20 years ago. Therefore, the amount of water raining upon Mexico should last through the drier months.

However, the government’s stance towards nature has barely changed in the last 600 years  (since the Spanish colonisation). Through the years, actions such as deforestation, the extension of urban areas, and the transformation of forests into fields have worsened the land’s ability to retain water (without vegetation, water does not go into the soil and evaporates faster – which leads to drier soils and more frequent wildfires). In addition, complex hydraulic constructions such as the Cutzamala system are inefficient and, while they transport water to highly populated areas, they extract water from other regions, making water less accessible for local communities.

It is also important to note that multinational corporations extract a very high amount of water from Mexican territory. Coca-Cola, Pepsi, Danone, Nestlé, Bimbo and a few other companies extract around 133 000 million litres of water every year in order to produce their products – and in fact, this figure might be even higher, as the National Water Commission does not have the budget to closely and rigorously supervise their activities.

Specifically, Coca-Cola consumes water from all 32 states of Mexico, and it extracts more than 55 000 million  litres of water a year. It has made use of very aggressive marketing throughout the country to ensure the loyalty of consumers, taking advantage of people who do not have access to drinking water. In 2007, Coca-Cola pledged to “replace every drop of water we use in our beverages and their production to achieve balance in communities and in nature with the water we use.” The idea was to make Coke’s operations “water neutral” by 2020. However, this investigation by The Type Investigations explains all the problems that came after that pledge and how far it was from the truth. Coca-Cola has attempted to greenwash its image for years.

As they try to defend  themselves, Coca-Cola and other companies argue that the water crisis in Mexico can be traced back to the inefficiency and lack of a national infrastructure, however, they do not attest to the intensive extraction that they practice. They abuse the fact that Mexican authorities (the National Water Commission and the Secretariat of Environment and Natural Resources, specifically) do not have the capacity to oversee their practices. 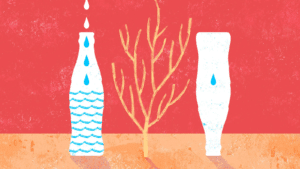 This goes back to the Law of National Water, which was implemented in late 1992 and completely changed the allocation of groundwater. As explained in the book Mexico City’s Water Supply: Improving the Outlook for Sustainability, prior to this law “any provider of potable water had to simply apply for a well permit and one would be granted. Now, the applicant must go out and purchase other users’ permit rights.” If implemented properly, this law should regulate the extraction of water in highly exploited areas by limiting the availability of permits. However, it made it possible to purchase water rights in the first place, and so ultimately created a market that led to water being privatised and over exploited.

Since around 2012, civil and academic organisations in Mexico have been seeking to reform the Law of National Water by insisting on the urgency of a  General Law of Water, which would protect the water in certain towns and communities and thus guarantee equal access to water for everyone. Experts agree on the fact that Mexico is violating human rights by allowing companies to have unlimited access to hydric resources, while many communities do not count on the common good that is water.

In this line of reasoning, Judith Domínguez, researcher at El Colegio de México (College of Mexico) pointedly states that the water crisis is “actually a managing and governance crisis.” This leads to the clear conclusion that if well protected, stored, managed and distributed, there would be enough water to last through the dry months, even for the driest states.

All is not lost yet,  and plenty of steps could be taken to make the situation better. A good place to start would be  the previously mentioned General Law of Water that would declare water a human right and would prevent water from being extracted by private companies  in such large amounts.

We must also acknowledge the role that is being played by multinational companies, the Mexican government itself and government organisations such as the National Water Commission and the Secretariat of Environment and Natural Resources, who should be overseeing exactly how much water is being extracted and for what purposes.

Finally, in order to distribute the water fairly across the country, it is necessary to rethink old infrastructures and systems that are simply not efficient anymore. As noted by Benjamín Martínez López, researcher at the Center for Atmospheric Sciences at the National Autonomous University of Mexico, Mexico must invest in “research into developing technology and prevention plans in order to avoid the lack of water […]. It is vital to understand how the water system works so that we can be prepared.” He adds that the water from rainy months would be enough if it was well stored – in this sense, it is also helpful to create and be aware of initiatives (such as this rainwater harvesting programme) to take care of the water that is available to us.