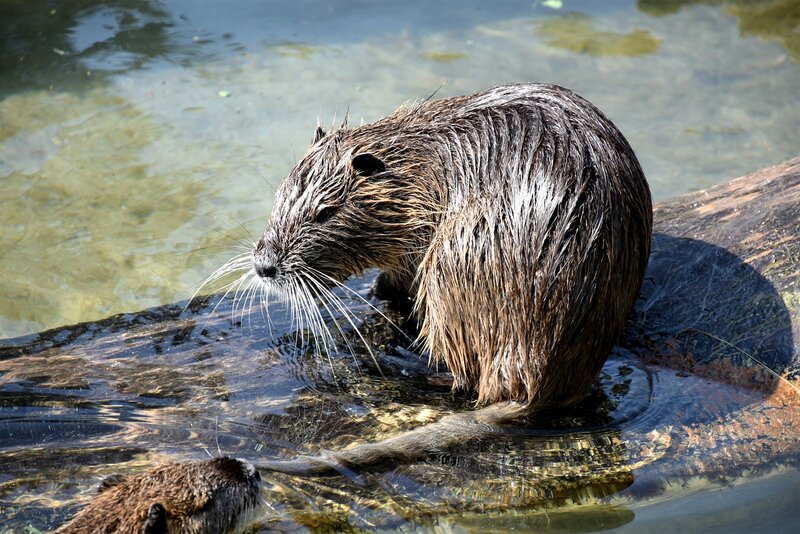 A five year study of wild beavers in the UK has illustrated their many benefits to the surrounding environment. These include alleviation of flooding, reduced pollution, and the boosting of fish, amphibians and other wildlife populations. How do these creatures perform such valuable ecosystem services?

The Eurasian beaver is a semi-aquatic rodent that was once a common sight across the British Isles. They are unlike any other British mammal, weighing up to 30kg and reaching lengths of over a metre. This herbivorous animal disappeared over 500 years ago from Great Britain, having been hunted to extinction for their fur, meat and castoreum (a secretion used in perfumes, food and medicine). Across Europe, their population shrunk to just 1 200 individuals by the early 20th century, yet eventually recovered to 600 000 by 2003 due to reintroduction and protection programmes. The Eurasian beaver is now found in Spain, Central Europe and Scandinavia, and even in some regions in China and Mongolia.

Beavers are crucial in shaping ecosystems because of the services and associated benefits their dams perform; they restrict water flow and create deep, still pools of water. It is in these pools that beavers, who mate for life, construct lodges to live and raise their young away from predators. These small pools also have additional benefits to other species; according to the study, they have 37% more fish than comparable stretches of river, providing a plentiful food source to riverine birds.

In 2013, a small wild beaver population was discovered living on the River Otter in Devon, yet rumours of them living on the waterway date back to 2006. Their origin is unknown, but it is thought they either escaped from captivity or were illegally released. These were not the first beavers to return to the UK; in 2009 the Scottish Government approved a trial reintroduction at Knapdale, Argyll. After plans to exterminate Devon’s wild beavers were met with public outcry, a five-year River Otter Beaver Trial was launched in 2015, led by the Devon Wildlife Trust and The University of Exeter.

The report concluded that beavers bring measurable benefits to both wildlife and people. The beavers constructed six dams upstream of the small flood-prone village of East Budleigh. As a result, the flow of floodwater through the village has been slowed significantly, reducing peak flows during flood events. The scientists also discovered that the beavers play a crucial role in reducing pollution because their dams filter pollutants like manure, fertilisers and slurry. Furthermore, the new wetlands and pools created by the beavers helped boost local wildlife populations of fish, water voles and riverine birds. During high river flows, trout have even been sighted jumping over the beaver dams.

However, the return of beavers to the River Otter has not been all good news. Their dams can flood valuable agricultural land, with the study illustrating how the flooding of a 0.4 hectare organic potato crop caused a financial loss to the farmer involved. However, a flow device was installed to mitigate this happening in the future; this cost effective and low-maintenance solution regulates the water level of the dams, and protects culverts from being plugged by beavers. Although, it is important to note that such adverse flooding impacts have only been seen at five sites in the 250km2 river catchment over the five-year study period. There was also concern that the beavers would fell the River Otter’s riverside orchards, yet the report states that most issues ‘can be addressed successfully by active management’; in this case, protective tree guards.

Mark Elliott, a wetland ecologist who led the River Otter beaver trial for Devon Wildlife Trust, said, “We’ve all been surprised by these amazing animals’ ability to thrive, once again, in our wetland ecosystems. It also shows their unrivalled capacity to breathe new life into our rivers and wetlands, very few of which are in good health. There are overwhelming reasons why beavers should be reintroduced back into the wider countryside.”

With the current UK beaver population standing at more than 400 individuals, with 15 family groups on the River Otter alone, their future is looking increasingly secure. This population growth illustrates how the River Otter environment can sustain a healthy and expanding beaver population. Reassuringly, the public mostly agree with beaver reintroduction; a 2017 survey of almost 3 000 people found 90% in favour. There is now hope that The Department for Environment, Food and Rural Affairs (DEFRA) will confirm that the beaver can stay for good, making it officially recognised as a native species once again.