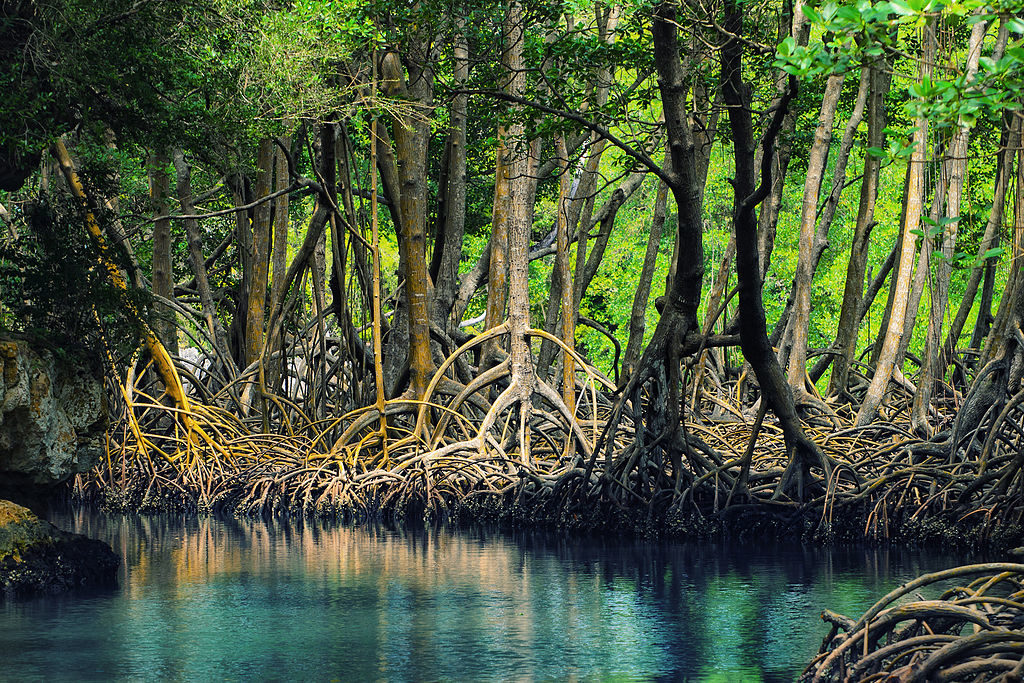 As cities are forced to adapt to the challenges of the climate crisis, communities are moving away from traditional engineered responses to using ecosystem-based adaptation services.

Communities worldwide have become more vulnerable to extreme weather conditions and natural disasters caused by climate change. The Global Climate Risk Index 2020 reported that globally, 495 000 people have died as a direct result of more than 12 000 extreme weather events. The index also reported that the world economy has lost US$ 3.54 trillion (in purchasing power parities) from 1999-2018 due to extreme weather conditions. In the past, engineered solutions have been implemented to mitigate the effects of the climate crisis. However, local communities are now adapting through natural solutions called ecosystem-based adaptation (EbA).

Ecosystem-based adaptation services involve using natural services provided by the local ecosystem to help minimise the impacts of climate change on local inhabitants and biodiversity. The approach aims to provide long-term ecological and socio-economic benefits to local residents. A briefing released by the UN Environment Programme (UNEP) shows that EbAs are economically viable solutions as they can be more cost-beneficial than engineered solutions. Currently, EbAs are being implemented in a range of ecosystems, including mountains, coasts, wetlands, drylands and urban cities.

For decades, mangrove forests in Madagascar have undergone high rates of deforestation for urban development, agricultural purposes and wood use. Globally, mangroves are declining at a rate of 1-2% annually, however, in comparison to previous decades, the rate of mangrove loss is in decline. This could suggest growth in awareness among communities of the importance of mangroves. Mangroves are sinks which are able to sequester more carbon than other kinds of forest systems and at times up to 3-5% more carbon than upland tropical forests. Studies suggest that mangroves also have the ability to adapt to three millimetres of rising sea levels annually. Because of their resilience, mangroves are now being used as a tool in the fight against the climate crisis.

Madagascar has restored 1 200 hectares of mangroves to adapt to rising sea levels and to facilitate large amounts of carbon sequestration. The country implemented a combination of engineered and ecosystem-based approaches. To combat rising sea levels, along with the restoration of the mangrove forest, a 1 km sea wall has been built as a defence in the cities of Manakara and Toamasina to reduce coastal erosion. The initiative of combining approaches has resulted in a more resilient coast line.

The Cloud Forest of Xalapa

Xalapa, a city situated in the foothills of Mexico, has also embraced EbA, in partnership with the UNEP. The city is surrounded by a cloud forest, an indigenous rainforest located in the mountainous regions. The forest plays a major role in carbon sequestration and in providing water to the inhabitants of Xalapa, controlling the water flow. Trees also reduce the frequency of landslides and erosion through soil retention, which in turn prevents flooding and droughts.

Due to deforestation, the forest has been reduced to one percent of its original size. Locals are threatened by the climate crisis as changing temperatures and irregular rainfall has caused landslides in the urban settlements nearby. Reports suggest that by 2039, the forest could experience a temperature rise of 1.8℃ which will be detrimental to the ecosystem, as well as to local farmers. To minimise the damage caused by these landslides, the city is working to restore the cloud forest and use the trees as an ecosystem-based adaptation tool for. Restoration efforts include planting montane forest species on the mountain slopes, planting native riparian plants along streams to conserve the soil, and building ditches and berms for soil retention and improved water infiltration.

Laos has been frequently impacted by urban flooding as a result of the climate crisis, which has been detrimental for the economy; the total damages and losses caused by flooding in 2018 cost the economy an estimated US$371 million, exacerbating poverty and placing further pressure on resources. Laos clearly needs a long-term solution should flooding become the norm for the country (as it appears to be becoming) and in mid-November, the UNEP announced a project in the cities of Vientiane, Paksan, Savannakhet and Pakse, that will help 10% of the country’s population become resilient to climate change.

The project takes an alternative route from the traditional urban management approach implemented through infrastructure. Instead, the goal is to restore 1 500 hectares of urban wetland and stream ecosystems; these ecosystems play a major role in regulating water flow and filtration and restoring them will reduce the flooding that has been plaguing the country. The Deputy Director-General of the Department of Climate Change at the Ministry of Natural Resources and Environment of Laos, Syamphone Sengchandala, stressed the importance of the project, saying: “This project offers hope for the future by recognising that nature provides some of our greatest defences against extreme weather. The question is whether we can learn to protect these natural services, and this project is a major step forward.”

As the pressure of the climate crisis mounts, communities around the globe are trying to develop new methods to become resilient. Ecosystem-based adaptations are approaches that have shown to be effective in mitigating the effects of the climate crisis, and allow communities to flourish and maintain their livelihoods despite the difficulties posed by it.