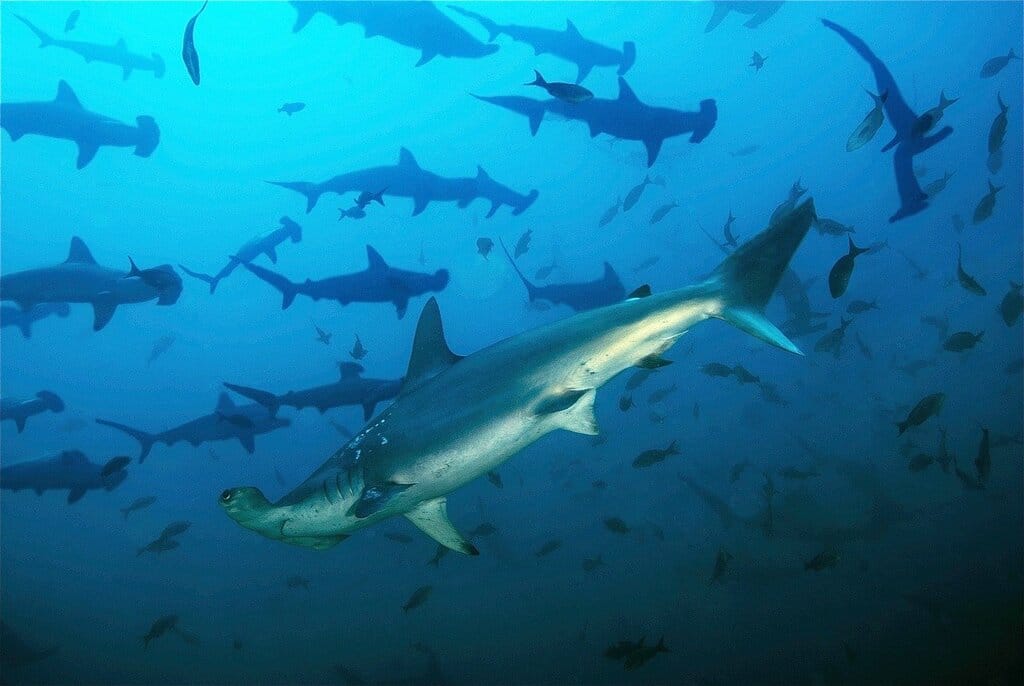 The marine reserve around the Galapagos Islands will be expanded to provide greater protection against illegal fishing and climate change for endangered migratory species in the area.

The President of Ecuador Guillermo Lasso announced the decision to expand the marine reserve encircling the Galapagos Island by 60,000 sq km at the ongoing COP26 climate conference in Glasgow on Monday, November 1.

The Galapagos marine reserve currently encompasses 133,000 sq km and was one of the first large-scale marine conservation areas to be created. One of the most productive marine ecosystems in the world, the marine reserve is home to an array of exotic animals and species including giant tortoises, marine iguanas, penguins, sea lions and the frigatebird. The incredible wildlife on the volcanic islands were also the inspiration behind  Charles Darwin’s theory of evolution and his landmark work, On the Origin of Species.

“Today is a day that will remain in history,” said Lasso following his declaration. “This will not only strengthen the area’s biodiversity, but it will also bolster our combat against climate change.”

According to Lasso, the marine reverse will be expanded an extra 45% and will cover more water surface area than Lake Michigan. The expansion will also create a protected migratory corridor connecting to Costa Rica’s Cocos Island National Park known as the Galápagos-Cocos Swimway. The previously unprotected waters is a well known area for endangered migratory species such as whale sharks, scalloped hammerhead sharks, manta rays, and sea turtles to feed, but have been facing increasing threats from industrial fishing fleets.

In 2020, a massive Chinese fishing fleet was spotted in the waters near the Galapagos Islands, sparking widespread concern over the marine wildlife in the region. Some conservationists even accused the fleet of “pillaging” the area for squid. Though Lasso denied that the new expansion was a response to the Chinese fleet’s movements, he did express his hope that such occurrences would not be repeated again.

In extending the protection to include the swimway, endangered migratory species will be allowed to reach maturity and repopulate. The expanded marine reserve will also be divided into two equal areas, one of which will ban fishing completely while the other will only allow long line fishing, a commercial fishing method considered to be more ecologically sustainable than deep sea trawling. Conservationists also hope the expansion could make the reserve more resilient to climate change.

Lasso said in the announcement that the expansion will be financed by trading debt for conservation to create a fund to increase navy patrols to protect the area and to provide support for fishermen working outside the marine reserve.