How To Improve Electric Transport in South-East Asia 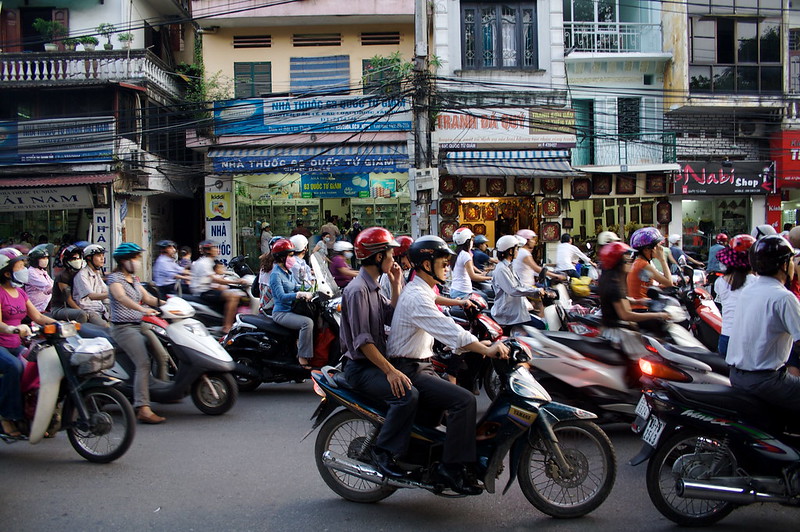 In households in Indonesia, Malaysia, Thailand and Vietnam, over 80% own motorcycles. In the six largest economies of the Association of Southeast Asian Nations (ASEAN), sales of motorcycles and scooters reached over 13.7 million units in 2019. Only China and India saw more sales. As predicted, this is becoming a problem. The growing number of conventional motorcycles and scooters is driving up energy consumption, air pollution and greenhouse gas emissions. Countries across South-East Asia are encouraging drivers to swap their gas vehicles for electric transport, but how easy will this transition be?

The UNEP is working with electric vehicle associations in Malaysia, the Philippines, Singapore and Thailand to develop comprehensive recommendations for policymakers to encourage the adoption of electric two- and three-wheeled vehicles. Some of these recommendations cover manufacturing and consumer subsidies, tax and insurance adjustments for electric and more pollutive vehicles and mandating fuel economy standards and consumption limits.

Countries in the region are making progress in some of these areas. For example, Thailand is aiming to produce 53 000 electric motorcycles by 2025 and is planning a trade-in scheme to make electric vehicles cheaper. Indonesia is planning to phase-out conventional motorcycles from 2025 and Malaysia and other countries have developed extensive motorcycle-only infrastructure that encourages their uptake.

Uptake of E-Bikes is Improving

Two-wheelers are popular in the region because they are cheaper to buy and easier to fuel than cars, they are ideal transport in fast-expanding cities that lack public transit and experience severe congestion.

Growth is expected to increase to 1.5 billion motorised two-and three-wheelers by 2050.

In addition to working to improve policy, the UNEP has also implemented several pilot programmes to demonstrate the viability of electric vehicle infrastructure. In the Philippines, the UNEP worked with Clean Air Asia, the Philippine Postal Corporation, the City of Pasig and electric vehicle manufacturer TAILG to show the potential of electric two- and three-wheelers to deliver urban freight. At the onset of the pandemic, these vehicles were used to deliver vital relief goods during lockdowns. In Vietnam, UNEP is working with the University of Transport Technology on a similar project. In March 2019, Honda Vietnam provided 50 electric scooters to the project to help identify policy and regulatory hurdles to electric vehicle adoption.

Until efficient public transport becomes a reality in South-East Asia, people need to commute, and the current choice of petrol-guzzling conventional motorcycles and scooters is unsustainable in a warming world. Instead, electric transport in Asia needs to be encouraged and people provided with the tools to make this transition easier. As populations grow and become more urbanised, this will only get more important.