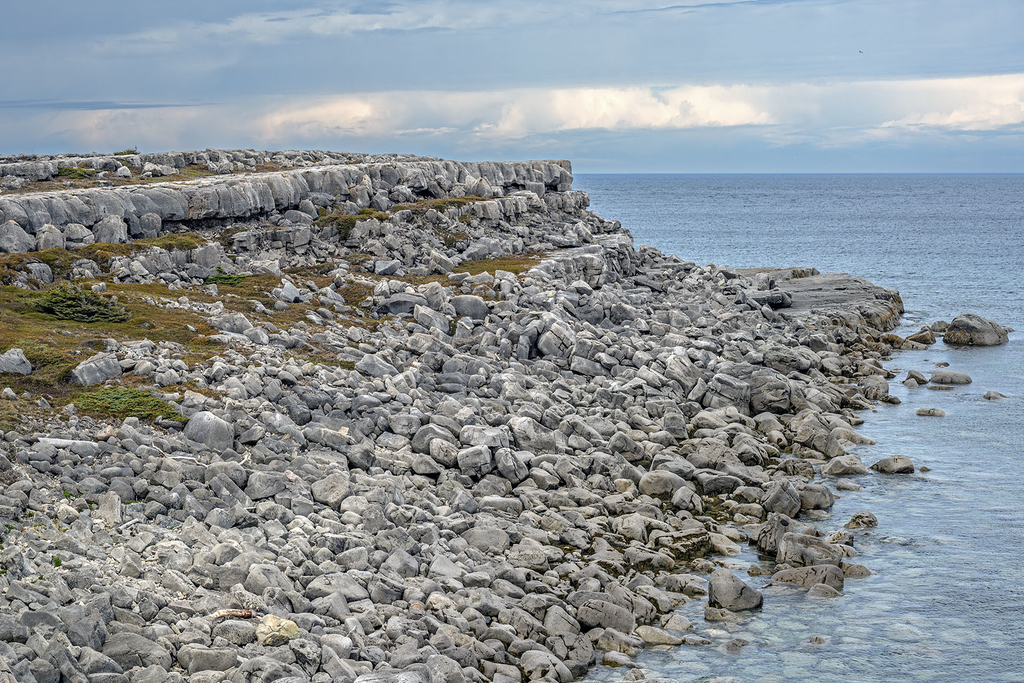 Enhanced weathering is a carbon capture technology in which ocean alkalinity is increased through depositing rock particles into the ocean. It may sound simple, but there is still much to be examined as the risks are weighed against the benefits.

Currently, a diverse range of carbon capture methods are being used in an attempt to reach negative carbon emissions. Most of these are land-based methods and some are more controversial than others; Bioenergy with Carbon Capture and Storage (BECCS) technologies for example, require crops to be grown that will then get burned to release energy and store carbon underground.

Enhanced weathering is a method that involves storing carbon in the ocean through a chemical reaction that removes CO2 from the atmosphere. In an effort to accelerate oceanic uptake of carbon in the least intrusive, yet most cost-effective way, scientists have concerns about the impact it will have on marine ecosystems.

What is Enhanced Mineral Weathering?

Weathering is a natural process whereby rocks are broken down by rainwater, extreme temperatures or human activity. It is a process that takes place over millions of years, constituting an important carbon sink.

The process begins when CO2 dissolves in droplets of water to form carbonic acid, a weak acid: rainwater has a pH of around 5 to 5.5, but because there is a lot of it available in the environment, it does a lot of weathering over time. Rocks that contain carbonates, like limestone, react quickly because the minerals they are largely made from, such as calcium carbonate, are more reactive than silicates. The dissolved calcium and bicarbonate ions formed from the carbonic acid travel in groundwater to rivers and the sea. Through the calcium carbonate-generating part of the chemical process, there is a net loss of readily-made carbon- half the amount of carbon at the end as there is at the beginning. As sediments continue to accumulate, the carbonate-rich layer will be buried under new layers of sediment that will in time turn to solid rock, like limestone.

The carbonates that form increase the alkalinity of oceans, leading to a further uptake of atmospheric CO2. The rate of weathering is dependent on temperature, runoff (the availability of water to remove reaction products), grain size of rock or mineral and biological activity, like volcanoes. The annual potential of CO2 consumption is defined by the grain size and the weathering rate of the rocks used.

Enhanced mineral weathering is the speeding up of this natural process, whereby rocks are ground into fine particles and spread across large spans of land or the ocean. Overall, the process requires extraction, processing and the dissolution (reaction) of minerals. Through this, more atmospheric carbon dioxide can be sequestered than what would occur naturally.

The use of enhanced rock weathering to increase ocean carbon uptake was first proposed in 1995, but was put aside due to the high energy costs of creating lime.

Expected outcomes of enhanced weathering processes are uncertain. Current research is directed towards the function of alkalinity in the existing natural oceanic carbon cycle, what the effects on ocean chemistry imposed by artificial alkalinity could be and whether it could be maintained in a stable manner and technologies that can be used to increase alkalinity.

Enhanced weathering may ameliorate ocean acidification. The added alkalinity also increases the saturation state of carbonate minerals which, if too low, negatively impacts carbonate-producing organisms in the ocean, such as shellfish and coral.

Enhanced weathering would not require its own land, nutrients or freshwater, with the latter only needing to be used when dust avoidance measures from rock deposition become necessary. Rock particles could be applied on open ocean regions or combined with agriculture with the additional benefit of enhancing crop yields and preventing soil erosion.

Additionally, while the range of technologies that have been proposed for increasing ocean alkalinity may pose significant engineering challenges, cost analyses suggest that they are still within the range of other negative emission technologies.

However, speeding up or changing the course of nature can have disastrous effects. Scientists suggest that rapid uncontrolled changes in pH, carbonate saturation state, and dissolved aqueous CO2 can affect ocean ecosystems. While this process mimics a natural one, it is not natural; the substance would be delivered to ecosystems at rates far higher than normal which could create ‘dead zones’, areas where oxygen levels are too low to support life. Additionally, the amount of olivine necessary for these applications is extremely large and is comparable to present-day global coal mining, a counterintuitive proposition as the planet looks to turn away from mining. In the case of basalt, to sequester one billion tonnes of CO2, more than 3 billion tonnes of basalt would have to be spread, an amount equal to almost half of the current global coal production.

Additionally, at such a large scale, enhanced weathering could change the ecology of the water, leading to an increase in the microbial organisms that produce greenhouse gases such as methane and nitrous oxide.

Although the addition of alkalinity is common practice in certain constrained marine environments such as in aquaria and shellfish production, scientists believe that more research is needed to understand the wider ecosystem response.

In a 2017 UK survey, over 70% of participants expressed that they’d never heard of enhanced weathering. Further, support for research of the technique was found to be much stronger than support for the technique itself. Lack of public knowledge about this technology could be a factor hindering its large-scale deployment.

The best suited locations are warm and humid regions, particularly in India, Brazil, South East Asia, and China, where almost three quarters of the global potential could be realised.

Increasing alkalinity in the ocean needs to be assessed more stringently. Some pressing issues regarding ocean alkalinity will have to address whether marine life will thrive or die in a new environment. While much of this work is still in the testing phase, enhanced weathering technologies could become economically and environmentally viable options to realise carbon capture and subsequent negative emissions this century.