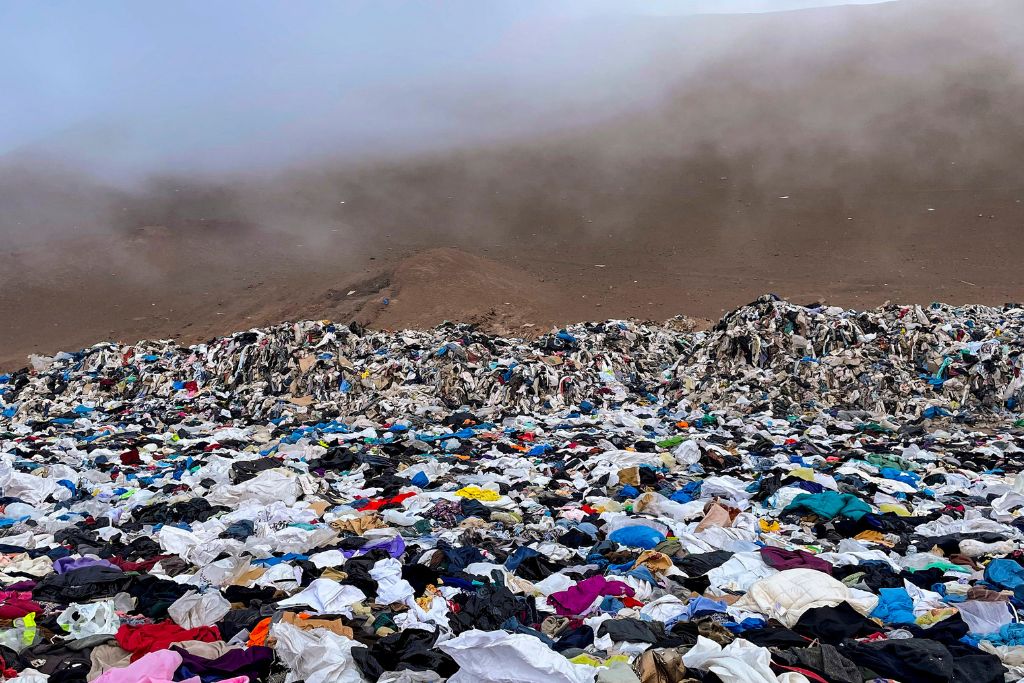 One of the world’s biggest fast fashion companies Shein aims to address the surge of textile waste sent to the secondhand clothing market in Ghana, though some critics are not convinced and claim greenwashing.

Fast fashion, which refers to the clothing retailers that rely on cheap and speedy production of low quality clothing to meet the latest and newest trends, has detrimental effects on the environment. The massive Chinese online retailer is often cited as one of the biggest culprits of the worsening fast fashion trend; the brand adds at least 500 products on their website everyday, according to a 2020 press release, and sells more than 36 million pounds of goods globally a year.

Much of the clothing is either quickly discarded, ending up in landfills where up to 500,000 tonnes of synthetic fibres from textiles are released into oceans every year, or given to charities. But reports have found that up to 30% of clothes given to the UK’s 10,000 charities are actually bought, and are then sold to textile merchants towards second-hand markets in developing countries, including the Kantamanto in Ghana. The world’s largest secondhand clothing market receives approximately 15 million of poor quality items every week, 40% of which are waste.

“Ghana doesn’t have landfill or incinerators,” said Liz Ricketts, director of the Or Foundation. “The clothing enters the environment; some of it goes into the oceans – there are millions of garments on the ocean floor, and the currents push the garments on to the beach.

You might also like: How One Community in Ghana is Bearing the Burden of the UK’s Textile Waste Crisis

To address this, Shein has announced an Extended Producer Responsibility Fund, which will see the company allocate $USD50 million over the next five years to promote textile recycling. The fashion brand has also chosen the Or Foundation, as the first recipient of a USD$15 million grant. The American-Ghanaian not-for-profit will use the money to expand its Mabilgu Apprenticeship Program for young women in Ghana, and incubate community businesses to transform textile waste into new products. The donation also aims to ensure better working conditions at the Kantamanto market in Accra.

Shein’s announcement was made at the global fashion summit held at Copenhagen between June 7-8. While some have praised the donation, one anonymous attendee told the Guardian that the fund is simply “public greenwashing”, criticising that “this is too easy for Shein; it’s too soon to call them a leader here. They have been valued at USD$100bn – they have millions to spare. They should be addressing the root cause of the problem.”

However, Ricketts argues that “what we see as truly revolutionary is Shein’s acknowledgment that their clothing may be ending up in Kantamanto, a simple fact no other major fashion brand has been willing to state as yet,” and calls for other fashion retailers to step up and take accountability for their textile waste.

The global fashion industry is currently falling short of its sustainability goals for 2030. Aside from producing monumental amounts of textile waste, the sector is responsible for nearly up to 10% of global carbon emissions, which is more than both the aviation and shipping sectors combined, and nearly 20% of global wastewater. While more than 150 brands have signed onto the United Nations Fashion Industry Charter, committing to achieve net zero emission by 2050 and address their roles in climate change, fossil fuel-based synthetic materials and recycled synthetics still make up more than half of total fibre production today.

According to a new report by non-profit industry group the Ellen MacArthur Foundation, clothing production doubled between 2000 and 2015 while the use of an item of clothing dropped by 36%. Only 14% of fashion brands say that their products were made with materials that could be recycled and less than 1% of textile waste was recycled into fibres for new clothes or other purposes.

Aside from fast fashion retailer Shein, you might also be interested in: 7 Fast Fashion Companies Responsible for Environmental Pollution