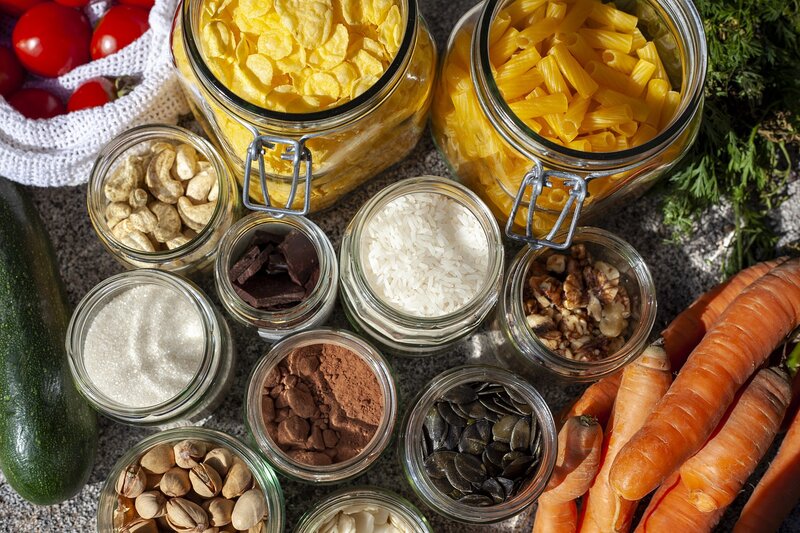 America is the global leader of food waste, which has catastrophic environmental, financial and social fallout. With growing urgency to tackle these issues, how can this problem be solved?

In the US, an estimated 30% to 40% of the total food supply ends up as waste. A large portion of this occurs at the consumer level, with 43% of food waste being generated in people’s homes. A further 40% of the waste comes from consumer-facing businesses such as supermarkets and restaurants, while the remaining waste occurs on farms (16%) and during processing (2%).

This food waste accounts for between an estimated USD$161 billion and $218 billion wasted in America each year, with the bulk of this financial stress falling on consumers who pay higher prices than those at the sourcing or wholesale stages. Moreover, this food waste continues while, according to the US Department of Agriculture, nearly 12% of American households (about 15 million) “were food insecure at least sometime during the year in 2017, meaning they lacked access to enough food for an active, healthy life for all household members.”

What’s more, the food wasted is often edible, healthy produce and the amount generated is more than enough to tackle a problem that has no place in a developed country.

Food waste is the single largest component of US landfills, accounting for 22% of municipal solid waste (MSW). This takes up land but also breaks down to create significant amounts of methane, a greenhouse gas that, for the first two decades after its release, is 84 times more potent than carbon dioxide. Additionally, food waste has serious environmental impacts long before it reaches a landfill, with around 21% of all freshwater in America going to the production of food that will be wasted, along with 19% of all fertiliser and 18% of all cropland.

What Causes Food Waste in America

At the production stage, waste before harvest in America can be caused by economic factors like a drop in demand for a certain product or a lack of labour. There are also natural causes such as weather, disease and pests. The largest cause for waste on farms post-harvest is culling, whereby produce is discarded based on quality and appearance, such as its size, colour, weight, blemishes and sugar content.

At retail stores, food waste in America is caused by overstocked displays of fresh produce for marketing purposes, the demand for perfection (which also leads to culling), oversized packs of produce and the need to have fresh goods (such as those from in-store bakeries) available until closing. Food outlets face similar issues, with the need to stock far more fresh produce than they can sell in order to offer an abundant menu for customers.

When it comes to consumer food waste, the largest source of waste, the main problem is a lack of information. First, about the amount that the average American household actually needs to buy. The “abundance” issue seen in stores and restaurants ripples into homes, where people buy more than they need and place a lower value on it. Second, there is significant confusion over sell-by, use-by and best-before labels that are frequently found on packaging. Not knowing what these mean, and relying on them rather than our senses and experience, leads American households to regularly waste perfectly good food.

What is Being Done to Tackle Food Waste in America

America has begun to tackle the food waste problem, and the USDA and the US Environmental Protection Agency banded together in 2015 with the goal of cutting food waste in America in half by 2030. They set out to do this by creating and following their own Food Recovery Hierarchy, which outlines the most effective ways to address the problem of food waste.

This inverted pyramid follows the same structure as other waste management hierarchies, whereby the first and most effective option is prevention. With food waste, this can be achieved by shifting  attitudes to only purchase what is needed. For retailers and restaurants, this means not having an abundance of produce on display or a vast menu that requires excessive stock. For consumers, this means writing grocery lists and recognising how much a household actually consumes.

If an excess of food is produced at any point along the supply chain, the next step in the hierarchy is to ensure that this is distributed to where it is needed, rather than wasted. This is currently being done in America by organisations that are teaming up with farmers to pick and distribute crops that would otherwise rot in the field, as well as at the retail stage through cooperation with food banks, soup kitchens and other distribution centres.

If food can’t be recovered, then there must be better food waste management. This means using food waste for animal feed, industrial processing and composting, which can then be directed to agriculture and back into the food supply chain.

These steps are just the beginning of a journey to tackle food waste in America, but they are proof that something is being done. As individuals and companies continue to take action to limit their impact, the social, financial and environmental issues associated with food waste in America can finally be addressed.