Is the Future of India in Solar Power? 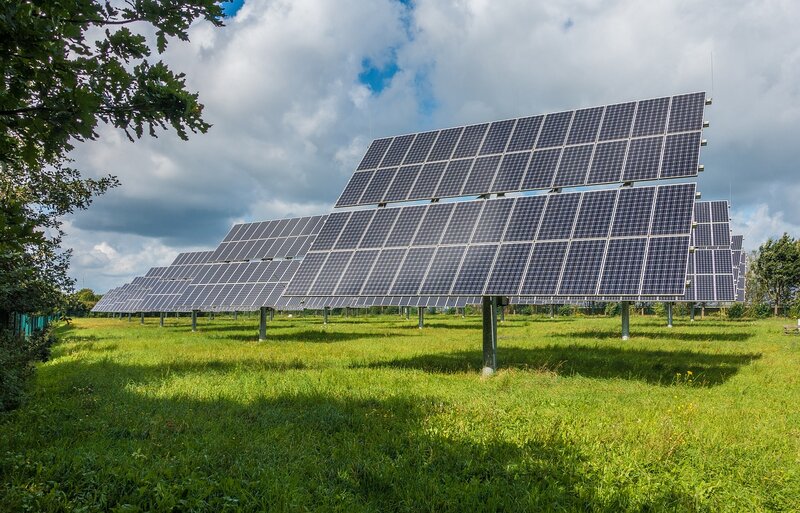 Indian people have worshipped the sun as a life-giver since ancient times. Now, it is realising its power as new innovations bring electricity to thousands of homes and villages across India. The government says that due to the abundance of the source in India, a small incident of total solar energy can meet the entire country’s power requirements.

Ten years ago, solar power was non-existent in India. Now, the country is investing more in solar power generation than coal. But the journey has been far from simple. India is a vast and diverse country, with many remote villages with varied levels of development or modernisation. The transition has therefore faced many barriers.

From 2006 to 2008, banks in India approved multiple loans to build new coal power plants, based on the notion that demand for electricity would surge in India. However, when the demand failed to reach expectations, the banks were left with vast amounts of poor-quality debt.

Accompanying the banks’ unsuccessful investments are the issues of widespread corruption, challenging bureaucracy and the high cost of capital. The battle to succeed in solar power generation has not been easy nor without risk.

Sumant Sinha is the founder and chairman of ReNew Power Pvt Ltd, the country’s largest renewable energy developer. The company began in 2011, when India was ranked 134th in the World Bank’s ease of doing business index, ranking below China and Russia.

Sinha realised there was little possibility of acquiring domestic investment but was experienced in renewables. As Kanika Chawla, programme manager at United Nations Energy says, he “understood, right off the bat, that renewables were as much a finance story as it was a technology story.” Chawla has also worked directly with ReNew in a renewable think tank.

Solar power has brought a new era of accessibility to power In India. The Ministry of New and Renewable Energy has highlighted that the ability of solar power to be decentralised and widely distributed has benefitted millions of people in Indian villages by meeting their cooking, lighting and other energy needs.

The socio-economic benefits of solar energy are significant, as it has reduced instances of drudgery (hard, manual labour) among rural women and girls engaging in the collection of wood fuel at long distances and has stopped people having to cook in smoky kitchens. Therefore, using solar power energy minimises the risks of contracting lung and eye ailments, creates employment within villages and ultimately improves standards of living and an increase in economic opportunities.

It is also important not to overlook the significant positive impact on the environment solar energy provides. Clearly it is a renewable source abundant in India and should be utilised as such. Solar energy has taken a central role as one of the key missions in India’s National Action Plan on Climate Change with the National Solar Mission.

The National Solar Mission (NSM) was launched in January 2010 and is a major initiative of the government of India with active participation from states to promote ecological sustainable growth while addressing India’s energy security challenges. It also contributes to the global effort to meet challenges of climate change.

The main objective is to establish India as a global leader in solar energy by installing 100GW of grid-connected solar power plants by 2022. This is supplemented with India’s Intended Nationally Determined Contributors (NDCs) target to achieve 40% cumulative electric power installed capacity from non-fossil fuel-based energy resources and to reduce the emission intensity of its GDP by 33% to 35% from 2005 levels by 2030.

The government has launched many schemes to encourage the generation of solar power. For example, the Solar Park Scheme. Despite the slowed growth of energy capacity from March 2020 due to the COVID-19 pandemic and lockdowns, the scheme has firmly stood its ground. India now houses multiple ultra-mega solar parks with capacity of more than 1GW, and two of them are the largest commissioned in the world to date.

Solar parks in India continue to attract global capital and some of the most renowned domestic and international renewable energy developers.

Further schemes used by the government include those by the Ministry of Defence. They have made solar provisions compulsory for buildings on land more than 100 square metres. If buildings comply, they will receive tax rebates and extra space at a reduced price.

Schemes like these are continually proving to be incredibly successful. It begs the question of why other countries with similar climates are not investing with equal enthusiasm. Solar energy has proven to be beneficial at local and national scales, able to reach remote areas at varying scales depending on the energy needed. It appears a simple solution to the global energy demand, and a sustainable one at that.

Nevertheless, India still has many challenges in the journey to sustainable energy. Along with many countries the COVID-19 pandemic has damaged India’s economy, making investment in relatively ‘new’ technology unlikely and far riskier.

Despite this, there is always hope. India has proven that with time and investment in sustainable technology, a substantial difference can be made. In the brief period of growth, India has become a world leader in solar energy.

This is a powerful chance for world leaders to recognise the importance of sustainable innovation, at a time where everyone is unsure about the future of our global environment. There is always an opportunity to change, we just have to work to utilise and facilitate it.