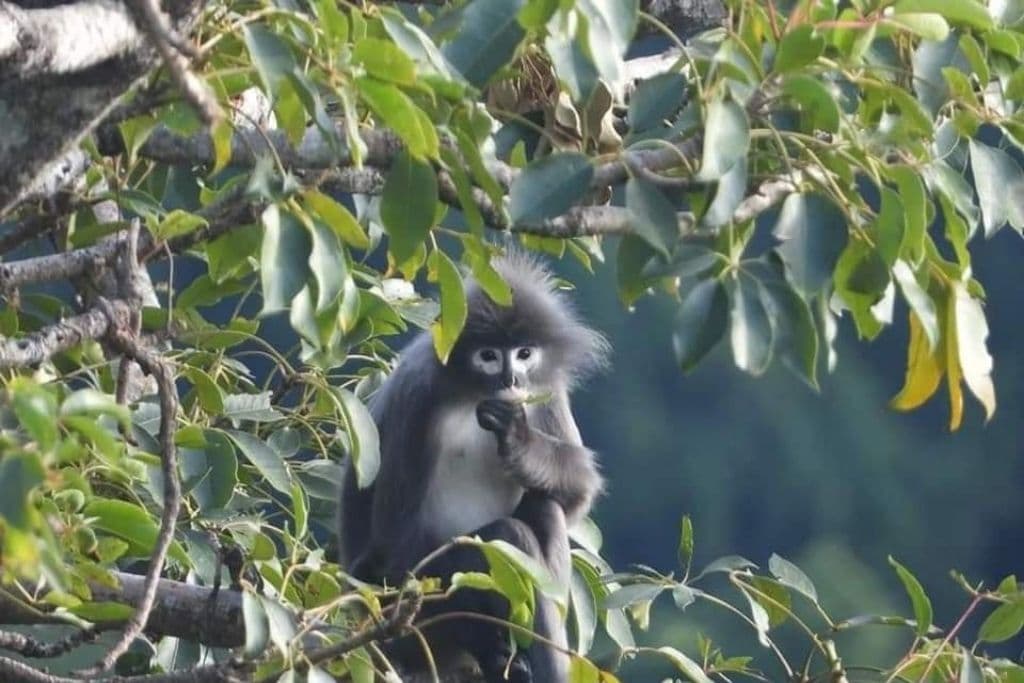 More than 200 new animal and plant species have been identified in the greater Mekong Region, providing a glimmer of hope amidst rapid global biodiversity loss and extinction.

A monkey with white circles around its eyes and a bright orange snake that feeds on slugs are among 224 new species identified by the World Wildlife Fund (WWF) in its latest review of the greater Mekong region, highlighting the urgent need to protect and restore the rich biodiversity and habitats in the region.

The newly-discovered primate was first spotted in 2020 but was not revealed until now due to the report’s delay. It is named the Popa langur as its main habitat is located on the slopes of the extinct Mount Popa volcano in Myanmar, and is the only mammal included on the revised list. There are also dozens of new species listed, including reptiles, frogs and newts, fish and 155 plant species, one of which is the only known succulent bamboo species found exclusively in Laos.

The Mekong region, which encompasses Vietnam, Cambodia, Laos, Thailand and Myanmar, is home to a rich variety of wildlife. Some of its most notable native animals include the Asian elephant, saola – sometimes known as the Asian unicorn – and thousands of other species. According to the WWF, scientists have identified more than 3,000 new species, including the newly discovered, since 1997.

These reviews compare samples from museum collections and captured images of the animals using camera traps set up in mountain forests to identify key differences between features associated with the newly discovered animals and plants. According to scientists, these will be crucial in determining the range of species living in the wilderness, as well as direct threats to their survival.

The Popa langur is a candidate to be listed as “critically endangered” species on the Red List of the International Union for the Conservation of Nature (IUCN), based on estimates that there are only 200-250 individuals left in the wild and across only a handful of locations.

Currently, more than 38,000 of the 138,000 species threatened with extinction are being tracked by the IUCN, highlighting the dire situation of the current state of the world’s biodiversity. However, the recent new discoveries prove that much of the Greater Mekong is still unexplored, and dozens of new animals, birds and plants are still being found each year.