What is Green Colonialism? 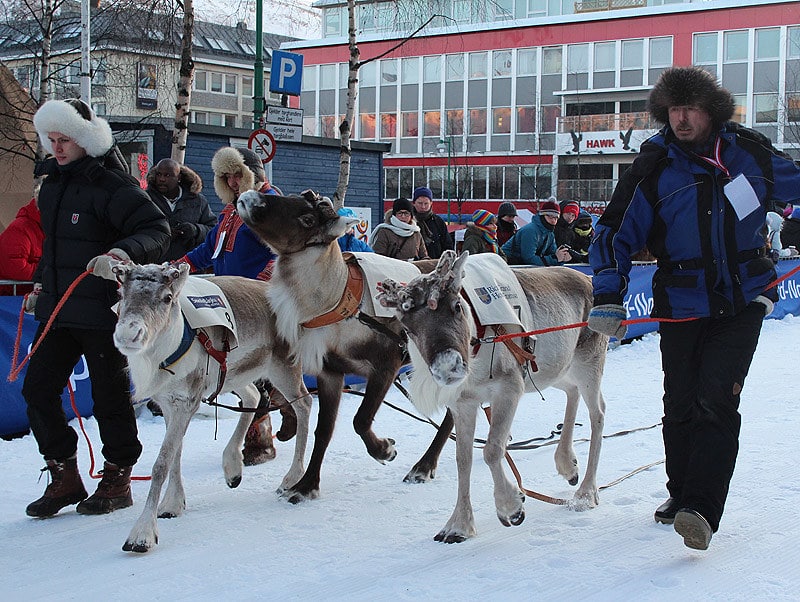 Globally, Indigenous people manage or have tenure rights over at least 38 million sq km in 87 countries or politically distinct areas on all inhabited continents. This represents over a quarter of the world’s land surface, and intersects about 40% of all terrestrial protected areas and ecologically intact landscapes. Yet, they are rarely involved in conservation projects, and their rights are often curtailed in favour of industries who deforest land and otherwise harm the environment. However, indigenous communities also regularly have their rights stripped by conservation organisations who are meant to be stewards of the environment. This is called “green colonialism” and is far more pervasive than people realise. What is this and how can it be reversed?

What is Green Colonialism?

Green colonialism can take different forms in different settings. Broadly, it occurs when the Global North achieves a high standard of living by exploiting the health, labour and land of the Global South. Green colonialism can also take place within a country; interestingly, as we invest in more renewable energy and other conservation activities, it oftentimes comes at the expense of marginalised communities, like indigenous groups. Intentions are good- a conservation group wants to enshrine a forest as protected so that corporations cannot log it at will, for example. However, there may be an indigenous community that has long relied on the forest for medicine, cultural or hunting purposes that is now no longer able to conduct these activities in the forest anymore, and is often forcibly removed. Another example is when a renewable energy company needs to clear land for wind turbines. If a community is living on the land the company wants to build on, it may acquire permission from the government to remove this community from their land, often by force. This is not to say that these projects shouldn’t be embarked upon, but they need to take into consideration the rights of the groups who may be affected by them; ideally they should be included in these projects as indigenous communities have a wealth of knowledge and skills when it comes to preserving ecosystems.

In April 2020, a new wind power project was announced in Saepmie, the ancestral lands of the indigenous Saami people, who have herded reindeer for centuries. Around 98% of Norway’s electricity production comes from renewable energy sources, but the impact that this has had on the Saami livelihoods is readily overlooked. The Oyfjellet wind plant is not the first encroachment the community has faced. Various hydropower plants in their land have reduced pastures and have exposed their herds to a higher risk when crossing unstable ice on water dams. Research has shown that the semi-domesticated reindeer avoid grazing in areas where they can see or hear wind turbines.mA project such as Oyfjellet would disrupt the migration of reindeer, especially in the winter, when they are often weakened and at risk, particularly pregnant mothers and newborn calves.

On paper, the Norweigan reindeer herding act should provide legal protection against the blocking of reindeer migration routes, like in this case, but authorities allowed the construction to move ahead. In fact, the Norweigan government has given out more than 100 other concessions for wind power developments, some of which fall on Saami land.

In June, the herders announced that they were going to court to stop the wind plant. Earlier that month, the Frostating Court of Appeal recognised that a third of the community’s winter pastures were destroyed by the construction and ordered 89 million krones (USD$9.4m) to be paid as compensation. The verdict shows that proving that wind energy projects need be stopped to ensure the cultural survival of the Saami is incredibly difficult.

However, by awarding the community compensation for their losses, rather than stopping the operations of the wind plant, the court has put a monetary value on the Saami way of life. It has reinforced the tendency of the Norwegian government and the industry to “sell” indigenous rights in the name of development and resource extraction.

When Israel was declared a Jewish state in May 1948, native trees (such as oaks, carobs, and hawthorns) and agricultural crops (olives, figs and almonds) were uprooted and replaced by European pine trees. These planted pines reduced biodiversity and harmed the local environment. Pines shed leaves that are acidic and prevent the growth of underbrush plants. These trees are also very susceptible to fire because of their resins; indeed, fires are now a common occurrence in the areas in which they were planted. Additionally, the “Apartheid Wall” in the West Bank obstructs animal movement, causing a loss of biodiversity.

Additionally, Israel sends trash, including electronic waste, into Palestine. This waste is often recycled by destitute Palestinians in environmentally harmful ways, such as using fire to remove plastic from useful metals, releasing substances that cause illnesses like cancer. Israel has also built an extensive network of roads and other infrastructure, much of which is on land that was previously used by Palestinians for agriculture, pasture or leisure.

Sadly, Israel has confiscated land from Palestinians under the guise of preventing damage to nature. For example, the Palestinian village of Ras Imweis and six adjacent areas were initially confiscated under such an excuse then turned into the settlement of Nahal Shilo. In other instances, Israeli authorities claimed certain stretches of land as “green areas,” and then turned them into Jewish settlements two to three years later.

According to an essay by Canadian journalist Naomi Klein, indigenous people from Brazil have often found that some of the most aggressive land grabbing is being done by conservation organisations. A forest will be rebranded as a carbon offset and is designated off-limits to its traditional inhabitants. Farmers and Indigenous people are often physically attacked by park rangers or private security when they try to access these lands.

In August 2010, the Rimba Raya REDD+ offsetting conservation project in Central Kalimantan, Indonesia hit the headlines. Funding for preparing the methodology came from Shell Canada, Gazprom Marketing and Trading and the Clinton Foundation. The project aims to preserve around 80 000 hectares of forest, of which over 47 000 hectares was threatened with conversion to oil palm plantations. It would be paid for throughout its 30-year lifespan through the selling of carbon credits. Environmentalists immediately said that Shell and Gazprom were doing this to offset their operations, such as Shell’s tar sand mining in Canada and Gazprom’s destructive oil and gas operations off the coast of Sakhalin Island in Russia’s Far East.

Nnimmo Bassey, Director of Environmental Rights Action (FoE Nigeria) and Chair of Friends of the Earth International, denounced in a joint press release with the Indigenous Environmental Network “We have suffered Shell’s destruction of communities and biodiversity as well as oil spills and illegal gas flaring for decades. Now we can add financing REDD+ for greenwash and profits to the long list of Shell’s atrocities.”

Indigenous peoples’ contributions are vital in designing and implementing solutions for ecosystems. Traditional knowledge and heritage can contribute to environmental assessments and sustainable ecosystem management.

For example, a report produced by the UN Food and Agriculture Organization and the Fund for the Development of Indigenous Peoples of Latin America and the Caribbean (FILAC) found that the indigenous peoples of Latin America are the best guardians of the regions’ forests, with deforestation rates up to 50% lower in their territories than elsewhere. Indigenous and tribal territories contain about a third of all the carbon stored in the forests of Latin America and while they have rich culture, knowledge and natural resources, they have little income and access to services.

Besides this, supporting indigenous communities in conservation work would help avoid new pandemics as these are most often the result of the destruction of nature.

How Can We Reverse Green Colonialism?

While we should certainly endeavour to continue adding renewable energy capacity and implement conservation programmes, policy makers and project leaders should do so in collaboration with Indigenous communities, who have been nurturing and defending ecosystems around the world for centuries.

Besides the active participation of Indigenous communities, there is also an urgent need for “climate justice” and a “just transition.” This acknowledges that climate change has differing social, economic, public health and other impacts on underprivileged or minority groups, like people of colour and Indigenous communities. These inequities need to be addressed through long-term mitigation and adaptation strategies.

Further, paying indigenous and tribal communities for the environmental services of their territories has reduced deforestation in countries including Ecuador, Mexico and Peru. Such programmes could be applied elsewhere to attract hundreds of millions of dollars per year from international sources.

While it is positive that the world is embarking on a transition to a greener future, we must do so responsibly, including by respecting the rights of and involving indigenous communities and other marginalised groups in conservation efforts. To do so would be disrespectful and would place these people in harm’s way, excluding them from enjoying the sustainable future that so many have worked tirelessly to attain.