How Airlines are Adopting Carbon Offsetting 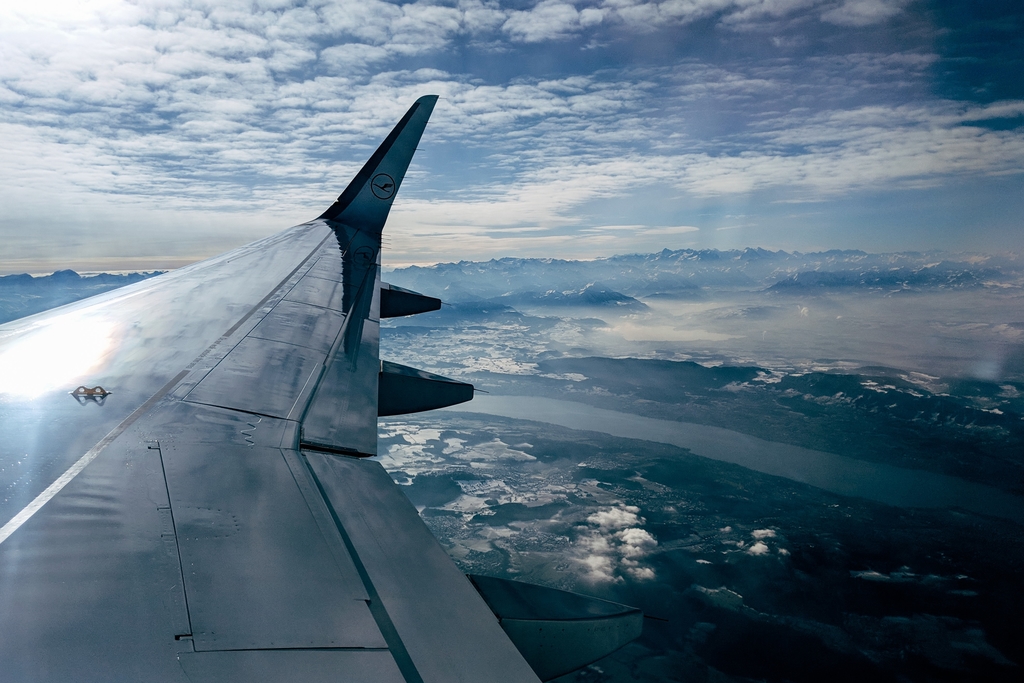 A wave of sustainable lifestyle solutions is gaining popularity as the world moves to a greener agenda. Businesses are following suit, including airlines, through adopting ‘carbon offsetting’, a device used to ensure accountability is taken for emitting carbon.

The International Civil Aviation Organisation (ICAO) found that carbon emissions from commercial aviation made up 2.4% of fossil fuel-related global emissions in 2018, and it expects them to triple by 2050. ‘Flight shame’ is increasingly causing passengers to forego air travel in favour of less carbon-intensive alternatives like trains.

This sentiment is incentivising the aviation industry to play an active role in working towards a sustainable future. The International Air Transport Association (IATA), a trade association of 290 airlines around the world, including British Airways, Cathay Pacific and Emirates, plans to reduce emissions by 50% by 2050 relative to 2005. Besides increasing fuel efficiency and introducing a cap on net aviation CO2 emissions from 2020, IATA has implemented a global initiative called the Carbon Offsetting Scheme for International Aviation (CORSIA), which addresses international aviation emissions and is forecasted to mitigate about 2.5 billion tonnes of CO2 from 2021 to 2035.

Voluntary carbon offsetting is a way for individuals, companies and other organisations to fund projects that either prevent or reduce greenhouse gas emissions (like renewable energy projects), or capture greenhouse gases from the atmosphere (like reforestation projects), in return for credits. This would allow one to, for example, board a plane or run a factory, while still claiming to have zero net emissions as long as all activities are offset by funding an equivalent amount of credits. Airlines such as United Airlines, Qantas and Virgin Australia already allow passengers to purchase carbon offsets for their flights. Meanwhile, British Airways and JetBlue have pledged to bear the cost of carbon offsetting for all domestic flights starting in January and July 2020 respectively.

However, carbon offsetting has also been widely criticised by those who question both the ethics and effectiveness of carbon offsetting. In a letter to scientific journal Nature, Professor Kevin Anderson of the Tyndall Centre for Climate Change Research, wrote: “Carbon offsetting is without scientific legitimacy, is dangerously misleading and almost certainly contributes to a net increase in the absolute rate of global emissions growth.”

Criticisms and Ethics of Carbon Offsetting

The promise of erasing one’s ‘debt’ to the environment is certainly attractive. Though complexities abound, this is often marketed as a quick fix. Recent controversies illustrate that there is more than meets the eye.

Offsetting projects initiated by companies and NGOs such as GreenSeat and Face the Future, both targeting Mount Elgon National Park in Uganda, have been associated with the violent eviction of an estimated 150 000 people without warning or compensation, a displacement reportedly rife with human rights abuses. Researchers posit that the financial incentives provided by carbon offsetting schemes as well as international donors, played a role in the government’s decision to upgrade the park to national park status and in the process remove those it deemed as ‘encroachers’. In another incident, the acquisition of land by Green Resources, a Norwegian plantation forestry company in Bukaleba and Kachung Central Forest Reserves in Uganda resulted in a similar forced eviction of some 8 000 people, this time partially carried out by the company itself. Besides destroying their homes and crops to make way for its forest plantations, the company also reportedly violated environmental measures imposed by local authorities, planting trees and spraying pesticides in buffer zones meant to protect riverside ecosystems, all the while selling carbon offset credits.

Furthermore, the commodification of environmentalism is often regarded as dubious. Other forms of ethical consumption have long been regarded as a distraction for larger and more powerful entities like governments, or as publicity gimmicks by corporations that have little to no tangible effect. It may give businesses too much power over ecosystems and communities, as seen from the examples above. With so many projects in the Global South designed by and profiting those in the Global North, some question whether the benefits of these projects are fairly distributed, and whether local stakeholders are consulted. Additionally, there are concerns that once consumers believe they can ‘buy’ the claim that they are doing their part for the environment, they will continue their lifestyles as usual.

Does Carbon Offsetting Even Work?

It’s hard to tell. An offsetting project should fulfil certain requirements in order to be truly legitimate, and its uncertain if all of them do.

First, the offset purchased should be guaranteed to lead to carbon reduction, but the timeline of some projects casts that into doubt. The idea that buying an offset will instantly erase your carbon footprint is overly simplistic. This is especially true for tree planting projects: newly-planted areas take years before becoming significant carbon absorbers, and that’s if those forests stay protected long enough to reach that point without getting cut down for other purposes. In this case, the carbon offset is sold before it has even been achieved, called ‘forward crediting’ (House of Commons Environmental Audit Committee, 2007). Furthermore, many projects involve monoculture forestry, whereby only one species is planted in an entire plantation, which supports very little biodiversity and is more susceptible to fires and disease.

Second, the accounting process that translates emissions reductions from each project, to carbon offsets that can be sold, should result in an accurate, full compensation for the carbon reduction. According to the House of Commons, it is doubtful whether it is even possible to make such precise and accurate calculations. For example, estimations of emissions from air travel are usually generalised across different types of aircraft, fuel use, routes and other factors, because it is simply not feasible to measure the emissions of each specific flight. In forestry projects, the amount of carbon absorbed varies widely depending on the species of tree, and climate and soil conditions. Implementing a project can also release emissions, which needs to be accounted for to ensure that only net reductions are claimed. To prevent overestimation mistakes, there are auditors to provide certifications to companies, but these certifications have varying levels of stringency.  For example, the Voluntary Offset Standard excludes all projects with a high chance of an adverse impact, such as tree planting, while Chicago Climate Exchange may not.

Third, the project should have ‘additionality’. That is, the project would not have happened without the offsets. Some emission-reducing activities naturally occur in compliance with existing regulations, or because they are profitable investments (like installing energy-efficient appliances to save costs). The offset funds should play an indispensable role in whether or not a project is implemented. This is problematic given that it deals in hypotheticals- one must estimate how a situation would have played out if there had not been a carbon offset introduced. Without concrete proof of what happens in alternate realities, additionality is inherently subjective. Thus, we can only ask how likely a project is to be additional.

Fourth, the project’s carbon reductions should be permanent, without causing any eventual emissions that reverse the original effects. For instance, while plantations store carbon, they run the risk of releasing it all if the trees end up being cut or burned down in the future. Some projects keep a buffer reserve of offset credits, which are used to compensate for any credits that are inadvertently voided. They can also mitigate risks from the outset to reduce chances of a reversal occurring.

Can Offsets be Designed to Prevent Pitfalls?

Some organisations have worked to produce reliable standards and regulations, such as the Gold Standard, founded by World Wildlife Fund (WWF), and The Voluntary Carbon Standard (VCS), developed by The Climate Group with the International Emissions Trading Association and World Economic Forum. These standards give credibility to the projects that fulfil their requirements, and each have their own market share and offset price. For example, voluntary offsets under the Gold Standard cost €10-20 per tonne of CO2 emissions reduced while those under Plan Vivo cost €2.50-9.50.

Some standards include guidelines on checking for additionality. For instance, the Clean Development Mechanism’s (CDM) additionality tool asks whether a project is the first of its kind, whether it is lucrative enough to be pursued without offsets, and whether there are obstacles that would have prevented the project if it did not have outside help.

A comprehensive comparison of ten established standards was carried out by experts based on the stringency of their additionality tests, third-party auditing, stakeholder support, etc. Among the standards offering voluntary emissions reductions, the Gold Standard ranked the highest. These projects fulfil an extensive list of requirements including stakeholder consultation, detailed planning and monitoring reports, and gender equality policies. One company that supports Gold Standard projects is German NGO, atmosfair, which has developed its own criteria, ‘Plus X’ on top of it. Virgin Australia and Qantas are certified by Australia’s National Carbon Offset Standard (NCOS), while United Airlines partners with Conservation International, though it is unclear which standard they use. Unfortunately, it has been over ten years since this comparison document was published; a more recent analysis could track any developments and reevaluate standards.

Carbon offsetting should not be seen as a panacea. Even if issues of standardisation and credibility are fully resolved, there remains the fundamental concern of whether carbon offsetting is an effective, ethical way to tackle carbon emissions. The ‘carbon management hierarchy’ identifies offsetting as a very last resort, after avoiding emissions, reducing emissions and substituting the activity with lower carbon options. Similarly, WWF urges consumers to ‘avoid, reduce then offset’ even as it promotes its own Gold Standard. But with many offsetting schemes now targeting individuals taking flights, that doesn’t seem to be the prevailing message. Many environmental management professionals worry that offsetting could distract from solutions that tackle carbon emissions at the source. What remains certain is that carbon offsetting is, at most, no more than a tiny fraction of the shift required in tackling the climate crisis.

The Challenges of Decarbonising the Maritime Industry 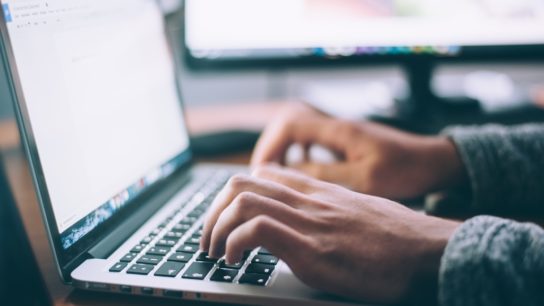 Digital Sobriety: How the Internet is Harming the Environment