How Developed Countries are Exploiting Developing Countries for Biomass Energy 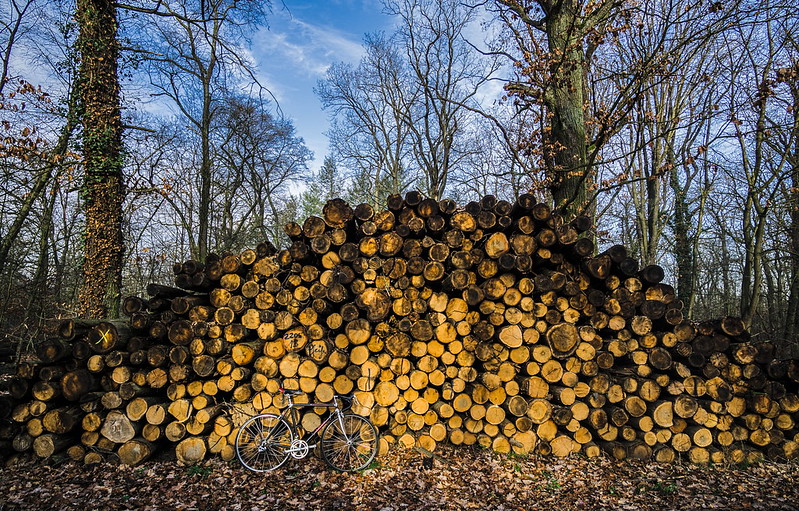 The European Commission intends to reach carbon neutrality by 2050. To mitigate the climate crisis and meet its targets, the EU has utilised biomass; the biomass feedstock of forestry has become the main source for renewable energy in the EU and is a key part of the European Green Deal. Although the EU nations produce biomass themselves, they have also turned to importing biomass from developing countries, such as Denmark importing from Brazil. While this supports European countries in reaching their environmental goals, what cost does it incur on the environments of developing countries?

In the EU, forestry is the main feedstock (logging, residues, wood chips and fuelwood etc) for bioenergy, accounting for more than 60% of all EU domestic biomass supplied for bioenergy with 96% of biomass produced domestically and 4% imported from non-EU countries, shown below in Figure 1. But to reach environmental targets, several EU countries have subsidised the biomass industry, including Germany, France, Italy, Sweden and the UK, the largest bioenergy consumers.

With this in mind, the European Commission is aiming to conduct a further ‘transformative approach’ to increase their reliance on biomass for renewable energy purposes.

While the burning of forest biomass has been promoted as a cleaner and more renewable alternative to coal and gas, it is believed that biomass is ‘a carbon emission accounting loophole’, which could destabilise the global climate.

UK-based researchers found last year that burning wood is a ‘disaster’ for climate change as older trees release large amounts of carbon when they are burned and aren’t always replaced and even when they are, it can take up to 100 years to cultivate an area that soaks up as much carbon as was previously released.

Biomass is the most dominant source of energy in Denmark, embodying more than two thirds of its overall consumption of renewable energy. It represents an important component of Denmark’s mission to make its capital city, Copenhagen, the world’s first carbon-neutral capital by 2025. Denmark is the second-largest consumer of wood pellets in the EU, using 2.1 million tons in 2018 to generate heat and power with woody biomass usage set to increase by 130% by 2025.

Although Denmark is considered the global poster child for renewable energy, driven by its advancements in onshore and offshore wind power, the Danish energy supplier, Hovedstadens Forsyningsselskab (Hofor), has been denounced for wood chip biomass feedstock importations. These imports, approximately 60 000 tons of wood chips since mid-November, originate from Brazil’s eucalyptus plantations in the state of Amapá and are used within the Copenhagen biomass plant of BIO4. The biomass feedstock is produced by AMCEL, a large Brazilian pulp company.

However, these importations of Brazilian wood chips are facing strong condemnation for not being sustainable biomass, deriving instead from monoculture plantations aimed at producing cheap raw materials while stimulating economic growth. Additionally, AMCEL has been involved in illegal land grabbing and deforestation within these specific eucalyptus plantations.

Biomass in Developing Countries: The Amazon for Sale

Deforestation in Brazil’s Amazon rainforest has increased rapidly since the hard-right Brazilian President Jair Bolsonaro took office. The pro-development president once stated, “deforestation and fires will never end.” From August 2018 to July 2019, deforestation of the Amazon rainforest rose 34.4% from a year before, to 10 129 sq kms. Furthermore, between January and April of 2020, the destruction of the forest by illegal loggers and ranchers rose 55% compared to the same four month period last year. It appears that criminal organisations have expanded their operations, as bulldozer sales doubled in Brazil within this four month period. This increase in deforestation activity comes at a time when the COVID-19 pandemic strains Brazil politically and economically, exacerbating Bolsonaro’s government policies to expand the commercial development of the Amazon rainforest, enabling illegal loggers and miners to face minimal risk of punishment.

While illegal loggers, miners and land grabbers have directly contributed to the increase of deforestation, Bolsonaro is arguably responsible. When he was running for president, it was his rhetoric that suggested deforestation-related practices in the Amazon could help lift the country out of poverty at the expense of indigenous people. “The Indigenous person can’t remain in his land as if he were some prehistoric creature as where there is indigenous land, there is wealth underneath it,” he said in February.

It is this attitude that has made it easier for foreign countries to take advantage of the paper and biomass opportunities afforded by the Amazon. Encouraging developing countries, such as Brazil and Indonesia, to cut down their own forests and export their unsustainably harvested wood to meet foreign demand for bioenergy while developed countries protect their own forests is unfair and irresponsible.

Furthermore, biomass as a reliable energy feedstock remains ambiguous. Unless we can guarantee forest regrowth to carbon parity, recent research indicates that the production of wood pellets for fuel is likely to put more CO2 in the atmosphere and maintain less biodiversity on the land during the next several decades.

If EU countries continue to use biomass to reach their climate goals, they must either closely examine its origins, or phase out all land-based biofuels and devote greater efforts to promoting sustainable renewable sources such as solar, wind and geothermal processes.