How Do the UN Forest Declarations Compare?

On November 2, 2021 at the 26th UN Climate Change Conference (COP26), 127 countries signed the Glasgow Leaders’ Declaration on Forests and Land Use which commits them to eliminate forest loss by 2030 as part of their collective efforts to combat climate change.

The declaration, which was accompanied by some $19.2 billion in related funding commitments, came seven years after the New York Declaration on Forests, under which 39 countries pledged to halve deforestation by 2020 and end it by 2030.

How do these two declarations compare?

The New York Declaration on Forests, which was signed during U.N. Climate Week rather than that year’s COP, included 39 country-level signatories as well as a number of sub-national jurisdictions, private companies, and NGOs. At the country level — therefore excluding sub-national jurisdictions like states and provinces — signatories representing 39% of both global tree cover and primary tropical forest cover that existed in 2010. That translates to 1.5 billion hectares of tree cover and 391 million hectares of primary tropical forest, according to 2021 data from Global Forest Watch and Matthew Hansen of the University of Maryland (all data presented in the rest of this piece are from that source).

But the country-level designation doesn’t capture the full picture for New York signatories. If subnational jurisdictions are included, the share of tree cover represented by signatories rises to 44%, or 1.7 billion hectares, and primary tropical forest cover to 55%, or 558 million hectares. 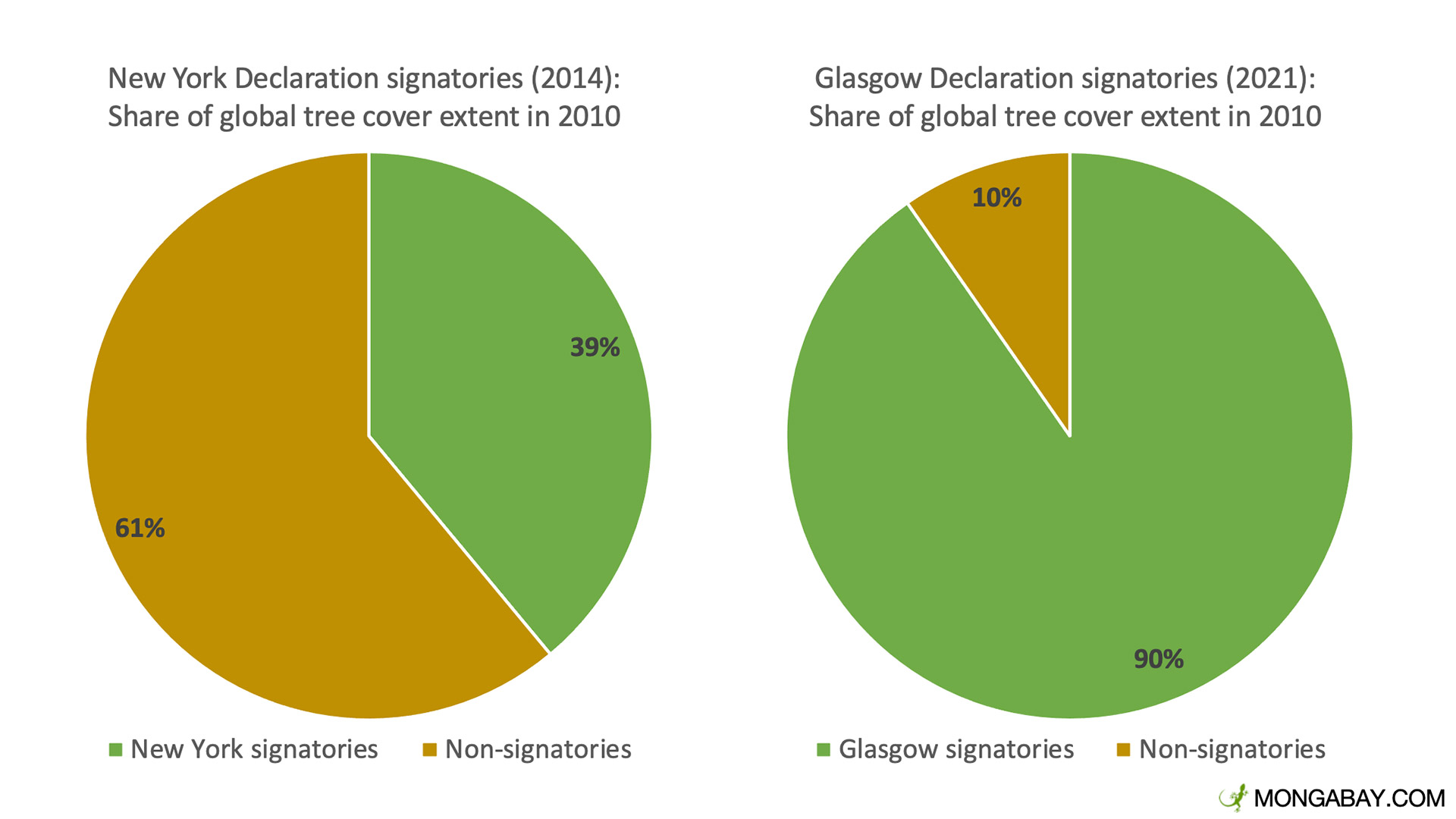 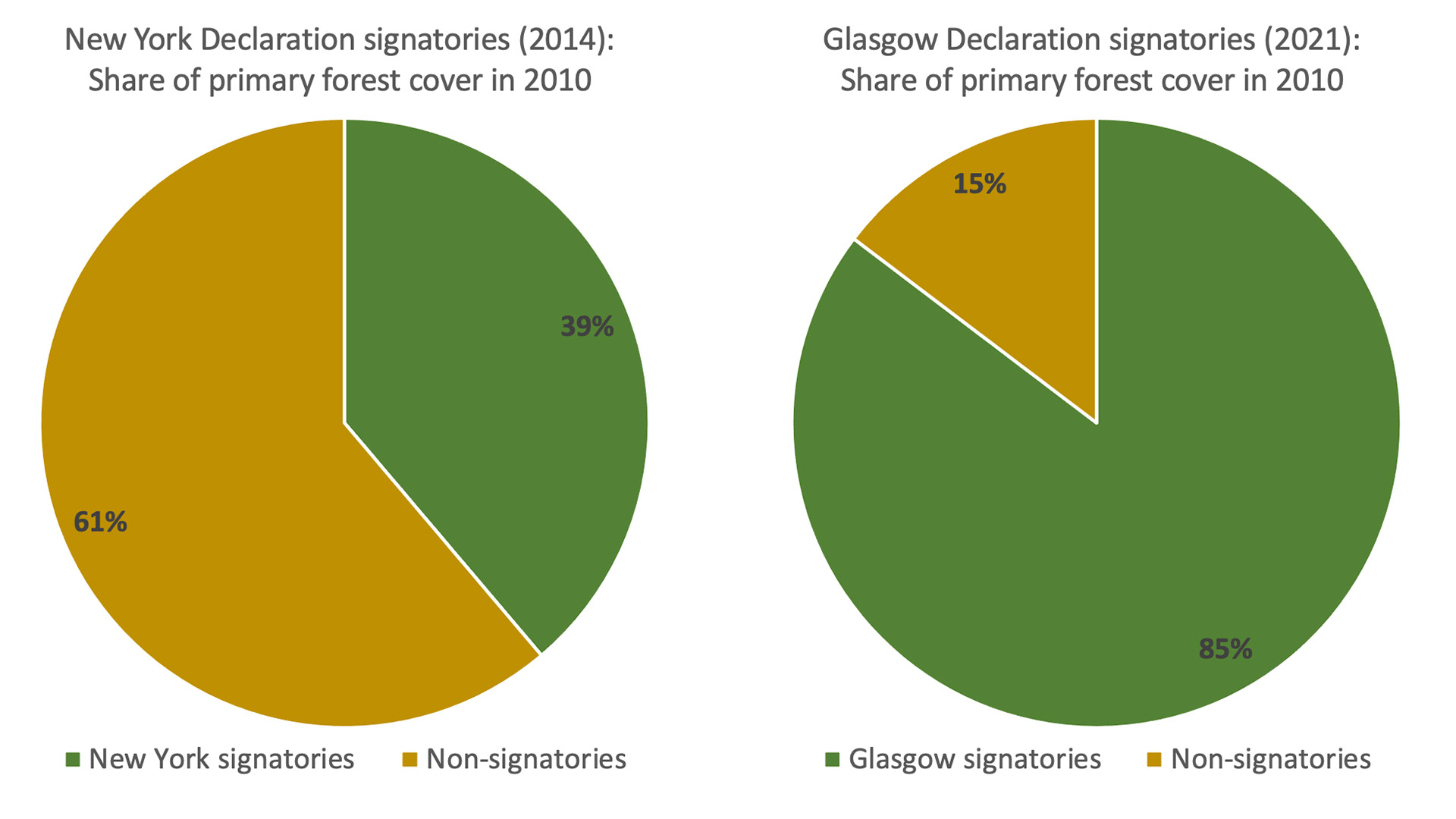 More than three times as many countries signed the Glasgow Declaration as the New York Declaration, but Thailand, Ethiopia, and El Salvador were three nations that endorsed the first, but not the second pact. 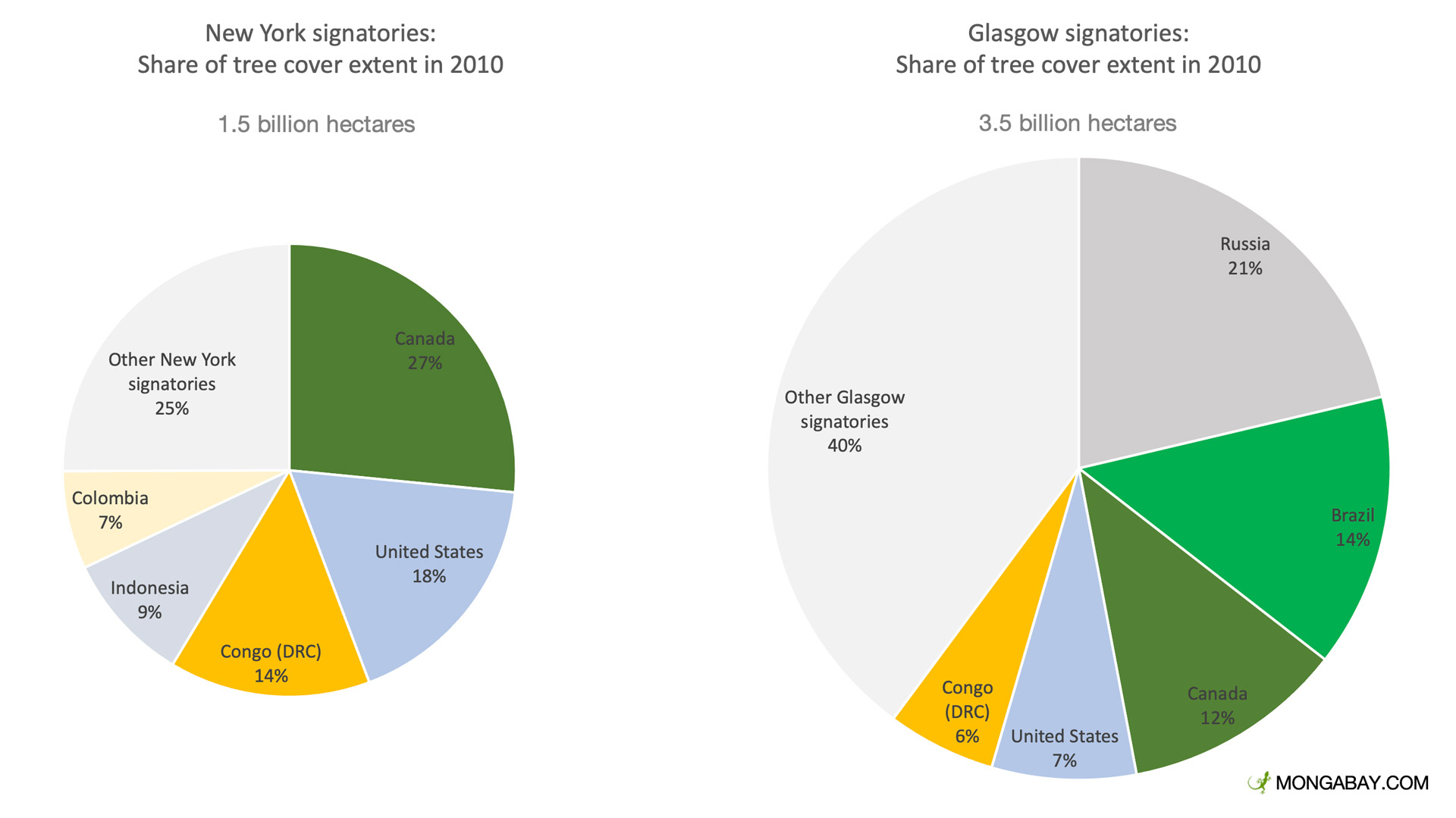 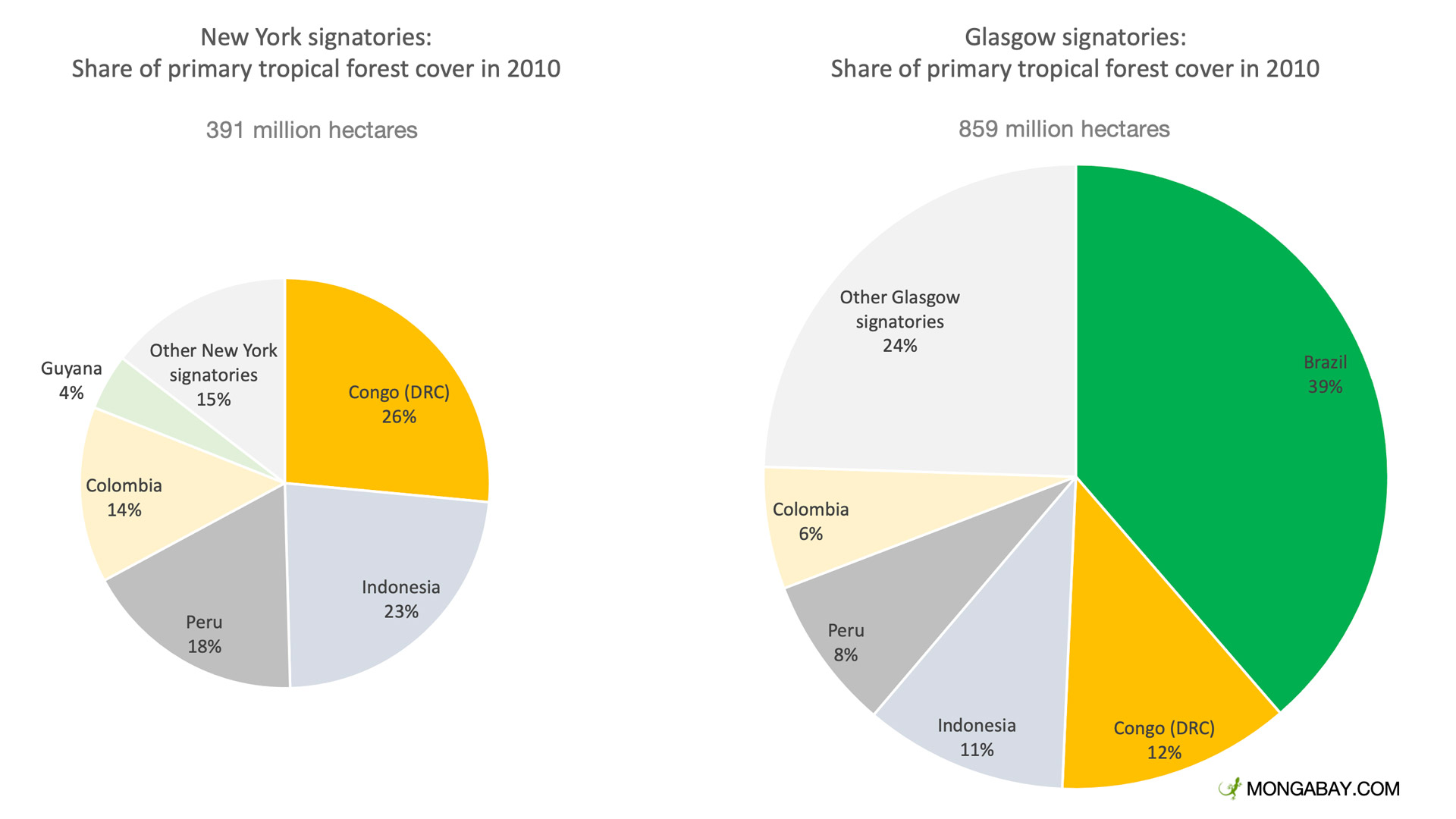 The two declarations have alignment around the need to eliminate deforestation from commodity supply chains, promote sustainable forest management and industries that support local livelihoods, create financial incentives for forest conservation, restore ecosystems, and limit warming to less than 2°C.

The Glasgow Declaration references “forests and other terrestrial ecosystems”, which is a broader scope than the New York Declaration’s focus of forests.

How Effective was the New York Declaration on Forests?

While the New York Declaration on Forests catalysed global awareness for the importance of forests and the need to address deforestation, it missed the mark by a wide margin in terms of achieving its 2020 goal to reduce natural forest loss by 50%. Loss of primary tropical forest in signatory countries – a fair proxy for “natural forest loss” – rose 12.9% from 6.3 million hectares for 2010-2014 to 7.1 million hectares for 2016-2020. Adding sub-national signatories to the equation worsened the performance, with loss rising 19.3% between the two periods.

Tree cover loss — which is a significantly less precise proxy in many countries — showed a similar trend, with a double digit percentage increase between the two five-year periods.

Had the signatories realised their ambition of halving deforestation, as defined by primary forest loss, such clearing would have needed to fall by 4 million to 5.5 million hectares relative to what actually occurred. In other words, the 2020 target was missed by 63-75% if we use primary forest loss as the proxy for natural forest loss.

So what are the prospects for the Glasgow Declaration? The signatories have set a 2030 target to collectively “halt and reverse forest loss and land degradation.” That loose definition leaves a lot of room for interpretation — for example, a country could potentially claim “net zero deforestation” by converting natural forests to monoculture plantations. But as a thought experiment, let’s use the same approach that we applied to New York Declaration signatories.

Featured image by: Rhett A. Butler