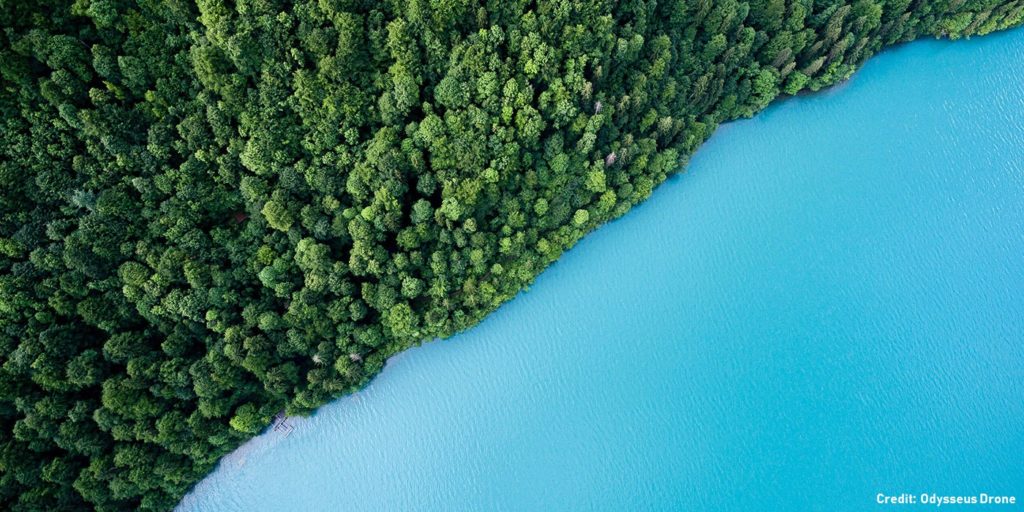 Remote sensing technology has come a long way since French photographer Felix Tournachon took the first ever aerial photograph from a hot air balloon in 1858.

How does remote sensing technology work?

Nowadays, fleets of commercial and government-operated satellites can provide a complete image of the Earth multiple times a day reaching an astounding 30cmsq optical resolution. This remote sensing technology is an invaluable tool for scientists, generating data that allows them to monitor anything from groundwater levels to rising sea levels and melting ice-caps. Robust investments and advances in technology have meant that satellites are getting smaller and cheaper, making images taken from space more accessible for wider commercial and research applications.

NASA pioneered satellite mapping with the legendary Apollo missions of the 1970s. Today, compelling satellite images from the NASA Earth Observatory offer the potential to track environmental changes through the analysis of over 40 years of historical data harnessed by LandSat– the longest-running space data collection programme in the world. These moderate-resolution images have been a routine staple for scientist looking to understand large-scale correlations between human activity and the environment.

This remote sensing technology shows for example, that Walker Lake in the US has lost 90% of its volume in the last century due to unsustainable irrigation practices coupled with extreme climate-change related droughts. Water levels have declined so dramatically that the lake can no longer support the native Lahontan cutthroat trout.

Similarly, the South Patagonian Glacier is the hemisphere’s largest ice sheet outside of Antarctica. The glacier shown here has shrunk from 16 miles (26 km) long to 8 miles (13km), detaching from three other glaciers in the process.

Urban development has encroached on Mumbai’s mangrove forests, represented by the shifting dark green areas. Mumbai has lost about 10% of its slow-growing mangrove forests over the last decade.

Mangrove forests play a crucial role in coastal ecosystems, absorbing more carbon than conventional forests due to their greater biomass, acting as protective barrier to strong storms and sea level rise. In densely populated cities like Mumbai, such ecosystem services are vital to balancing the ecosystem and diminishing the adverse effects of climate change.

Historical comparisons of visual imagery can make for compelling stories yet results yield only a partial understanding of ecosystem dynamics if they are not coupled with field data. Current efforts are geared towards combining in-field calibrations with satellite data, providing a more informed picture of human encroachment on natural ecosystems and the reverse repercussions of depleting natural assets on human societies.

An international study conducted in Malawi led amongst others, by NASA and USAID in 2013 innovatively cross-referenced surveys on household demographics with satellite images depicting deforested lands to find any interdependence between deterioration in natural habitats and human health.

Results were clear-cut, showing that healthy forest cover correlated with improved health and nutrition indicators among children across surveyed regions. Children living in areas with net forest loss between 2000 and 2010 were almost 20% less likely to have a diverse diet and 30% less likely to consume vitamin A-rich foods than children living in areas with no net change in forest cover.

Furthermore, children living in areas with greater forest cover were more likely to consume vitamin A-rich foods and less likely to experience diarrhoea, a major cause of infant mortality in the region. Integrating remote sensing data with field research ‘ground-truths’ the imagery collected from space with tangible on-the-ground findings, strengthening their veracity.

Remote sensing technology is thereby a versatile tool able to highlight the macro-forces of climate change that are reshaping our Planet’s delicate ecosystems.

Drones have opened new opportunities for researchers, offering a cost-efficient vehicle onto which researchers can mount LIDAR imaging technology. Resilient and fuel efficient, drones enable scientists to leverage this groundbreaking technology at costs 9-times inferior to those of manned aircraft.

Researchers at Cornell University’s College of Agriculture and Life Sciences employed drones to measure the amount of solar energy a given landscape reflects and absorbs. This measurement of surface reflectivity can guide forest maintenance and reforestation efforts. Drones’ manoeuvrability, and the fact they can be easily taken to wherever they are needed make them an ideal weapon in the ecologist’s armoury.

What’s next? The limits of science will be pushed in 2019, when Boeing-owned Aurora Flight Sciences is expected to launch Odysseus, a cross between a drone and satellite, to perform climate and atmospheric research.

This high-altitude pseudo-satellite will be entirely solar powered and produce zero emissions.  As such it is one of the first UAV -or unmanned aerial vehicle- able to fly indefinitely without needing to refuel. With an impressive wingspan and lean design, this marvel shaves off the costs of launching expensive satellites and is expected to lower the price tags for remote sensing projects.

How has remote sensing technology has worked to revolutionise the science of climate change?

As technical breakthroughs increase the power of satellites and drones to mount ever more sophisticated equipment, powerful cameras and object-detection systems, a new challenge with what to do with all this data has emerged.

Machine learning, deep learning and artificial intelligence are trending buzz-words on everyone’s lips but have long been an integral part of climate change science and have accompanied the development of remote sensing technology for the better part of the last two decades.

In this respect, one of the most advanced programmes is the government-funded Earth Observing System Data and Information System (EOSDIS), which provides end-to-end capabilities for managing NASA’s Earth science data from various sources – satellites, aircrafts, field measurements.

Matching in sophistication is the private sector. What, for example, was supposed to be a minor flirt with cloud-based processing has turned into Amazon Web Services (AWS) a behemoth generating $26 billion USD of revenue for the online retail giant this year alone.

The platform is being used by scientists to perform big data analytics given the seemingly immense computing prowess available at a fraction of the cost that similar undertakings had a decade or two ago.

AWS has also created “Ground Stations” which allow users to directly control satellite communications and data with added speed and precision. Connected satellites are able to capture information relating to weather forecasts and surface imaging, drastically cutting both the costs and time to process the data.

Scientists studying climate change can now rejoice at the plethora of available processing options. Researchers can adapt the cutting-edge tools developed for space exploration to look inward at the Earth, extrapolate compelling stories and gain a more nuanced understanding of climate change dynamics.