How the Climate Crisis is Linked to Disease 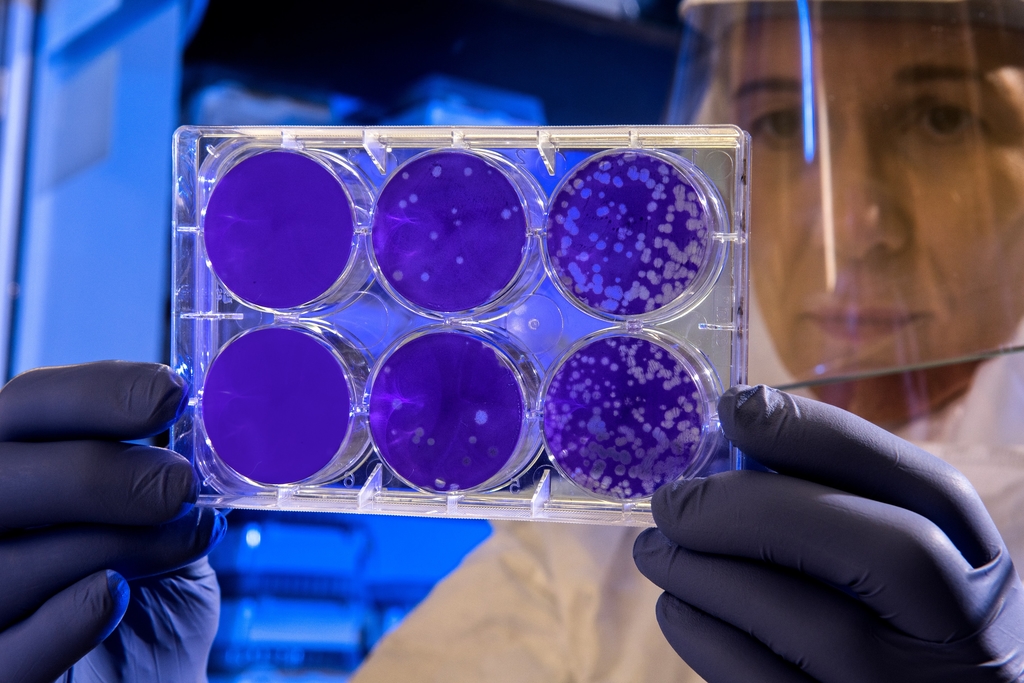 COVID-19 has spread rapidly around the world. At the time of writing, the death toll is at over 14 000 with over 300 000 confirmed cases around the world. The WHO has declared it as a global health emergency, as it did with Swine Flu and Ebola. As the effects of it are made more apparent, how is the climate crisis linked to the spreading of disease?

The climate crisis is threatening human lives through not only the increasing frequency and severity of natural disasters, but also the increasing rates of diseases and pathogens. In 2016, an anthrax outbreak in Siberia, Russia was shown to have been triggered by an unusual heat wave that thawed the permafrost in the area and with it, a reindeer carcass infected with anthrax decades previously. The outbreak killed more than 2 000 reindeer and hospitalised more than 100 people, mainly nomads in a settlement called Salekhard, close to the Arctic Circle. Anthrax is caused by Bacillus anthracis, a deadly bacteria that causes large lesions on skin; victims usually die from other secondary infections. It is highly transmissible as it appears as an air-borne spore and can be transmitted from animals to humans.

Changing temperatures and rain patterns have increased the emergence of other new and old infectious diseases. Mosquito-borne diseases such as Malaria, Zika Virus, Yellow Fever and Dengue Fever pose the largest threat to humans; the WHO says that temperature increases of 2 to 3 degrees Celsius would increase the number of people who are at risk of contracting malaria by 3-5%, or several hundred million people.

The wetter and warmer climates, primarily in African countries, allow mosquitoes to better survive in previously dry seasons. The changing conditions have also allowed mosquitoes to survive in places of higher elevation where they previously would have perished. Other vectors of diseases such as rodents and bats have become more active and able to spread their associated diseases to more places. The warmer climate has also altered the flowering patterns of trees and grass, increasing pollen levels in the air, resulting in the rise of hay fever.

Humans regulate their body temperature by sweating; studies have shown that under business-as-normal scenarios of future greenhouse gas emission rates, temperatures in Southwest Asia and the Gulf regions will reach a wet-bulb temperature of 35 degree Celsius, rendering these areas uninhabitable. At this temperature, sweating is inhibited, which causes overheating and heat stroke. Other heat-associated respiratory and cardiovascular diseases, like heart failure, can severely affect vulnerable populations, especially during heatwaves; the European heatwave of 2003 caused more than 70 000 heat-associated deaths, as recorded by the WHO. Hot temperatures also lower immunity and make humans more susceptible to disease.

The Bubonic Plague, also known as the Black Death, killed almost 60% of Europe’s population in the 14th century. It has still not been completely eradicated and occasionally reemerges; the latest onset of the Plague happened in 2017 in Madagascar which killed 171 people and when four people were diagnosed with the Plague in Northern China in November 2019.

The plague is caused by the bacterium Yersinia pestis, found in fleas and then transmitted to rodents and small mammals. According to Tignor and colleagues, historians and epidemiologists suggest that climate change drove the rodents to flee from the dried-out grasslands in Asia westward to more populated areas in Europe. The spreading of the Plague is believed to have been accelerated by the Mongol conquest to Europe which happened in the 13th century when horses carried infected fleas.

A study found that outbreaks generally follow periods of warm and/or wet conditions that are favourable for vegetation growth, and thus for increases in rodent population density.

As people travel further and more frequently, the spread of disease can reach a different continent in less than a week. In 2003, the Severe Acute Respiratory Syndrome coronavirus (SARS) outbreak lasted for four months and affected more than 8 000 people around the world, killing 774. Researchers found that the vector of the virus was horseshoe bats which are common in the Yunnan province in China. The area was identified as a natural reservoir of the syndrome, which was first spread by people coming into contact with the animals through eating and handling them at a bush meat market in Guangzhou.

The Ebola virus outbreak in Western Africa from 2013-2016 that killed more than 11 000 people was also caused by the handling of bats.

Scientists have suggested that climate change plays a role in Ebola outbreaks. Dry seasons followed by heavy rainfalls that produce an abundance of fruits have coincided with outbreaks. When fruit is plentiful, bats and apes may gather together to eat, providing opportunities for the disease to be transmitted between species. Research has also showed that half of the Ebola outbreaks are directly linked to bush meat consumption.

The earliest known pandemic occurred during the second year of the Peloponnesian  War in 430 BC. The disease, suspected to be typhoid fever, caused thirst, bloody throat and […] 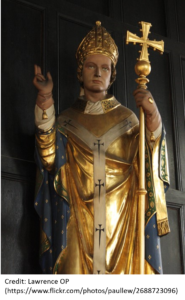 Named after its first victim St. Cyprian, bishop of Carthage, this pandemic afflicted the Roman empire for 13 years (until 262 AD). The total death toll remains unknown, […] 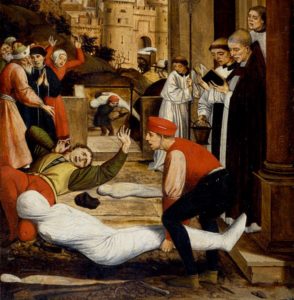 This pandemic plagued many port cities around the Mediterranean Sea, and in particular the Byzantine Empire and its capital, Constantinople. Some believe that this was one of the […] 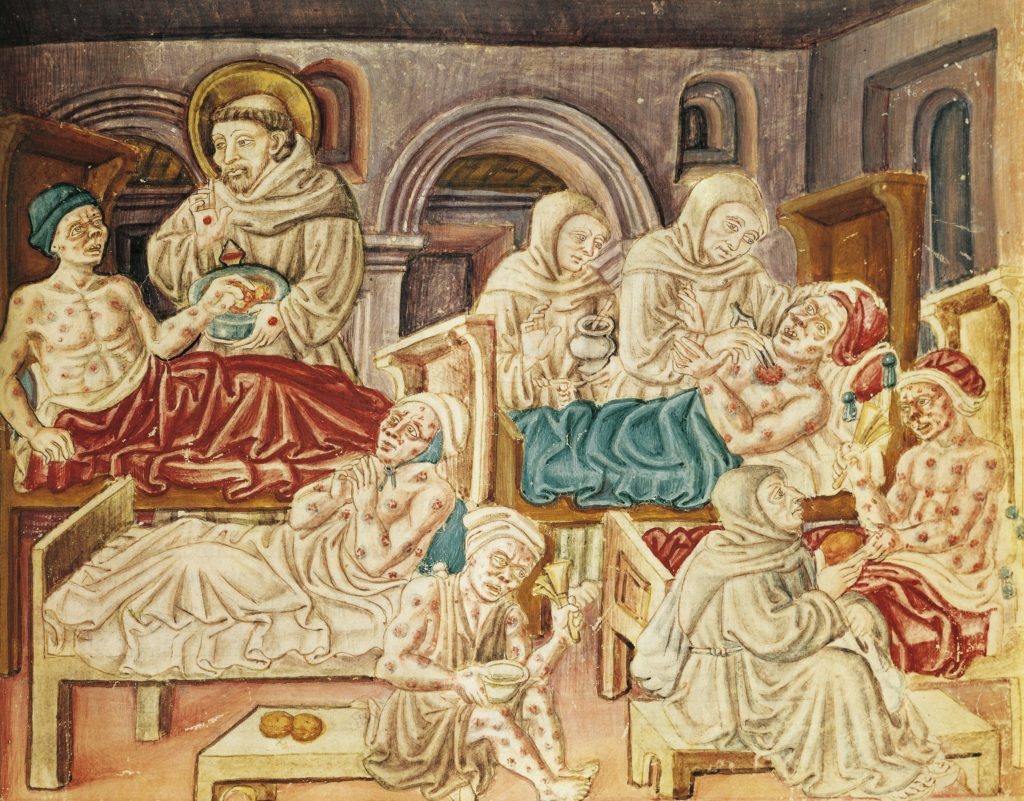 Though it had been around for a long time, leprosy became a pandemic in Europe between the 11th and 13th century, leading to the creation of leper ghettos […] 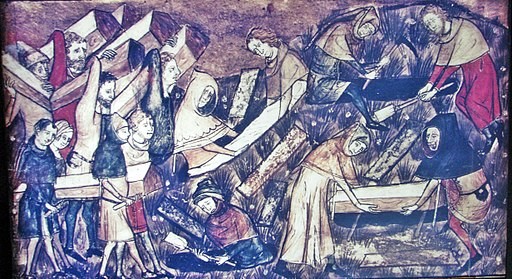 One of the most devastating pandemics in history, resulting in the deaths of an estimated 75 to 200 million people in Eurasia, or around one-third of the world […] 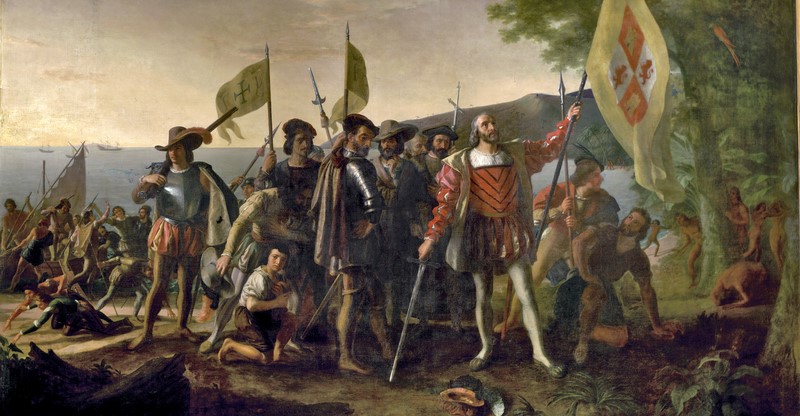 The Spaniards brought with them disease such as smallpox, measles and the bubonic plague which devastated local populations. The Taino people, 60 000 strong upon Columbus’ arrival, were […] 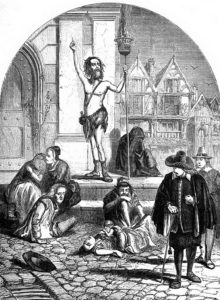 In its second major appearance, the bubonic plague took 20% of London’s population (~100 000 people). The worst of it faded as another event befell the city – […]

First of seven over the next 150 years, it lasted seven years and began near Calcutta. From there it spread through East Asia and even reached the Mediterranean, […] 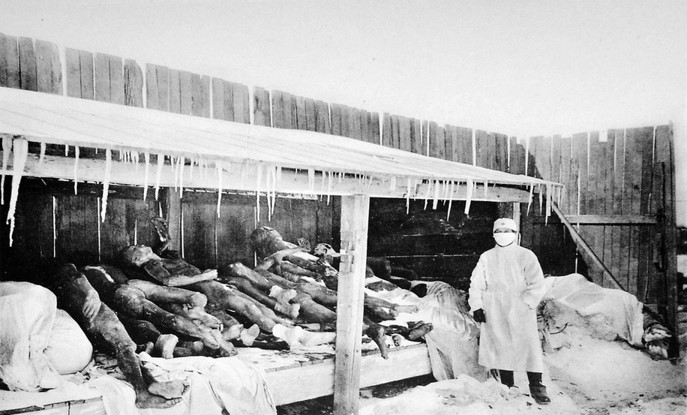 The third bubonic plague pandemic began in China and moved through India, claiming 15 million victims on its path. In China, it was a factor in triggering the […]

When the Fiji islands were handed to the British by their King Cakobau, he and his men sailed to Sydney and returned carrying measles. It rapidly spread and […]

This pandemic started in Siberia and Kazakhstan, went through Europe and reached Africa and North America. By 1890, 360 000 lives were taken, and with two more recurrences, […] 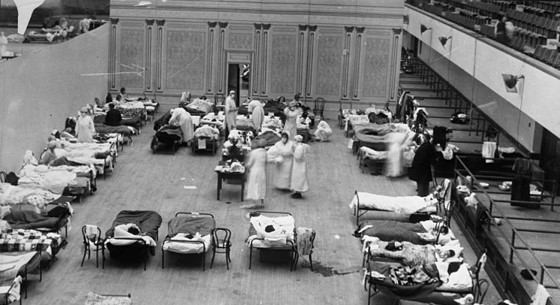 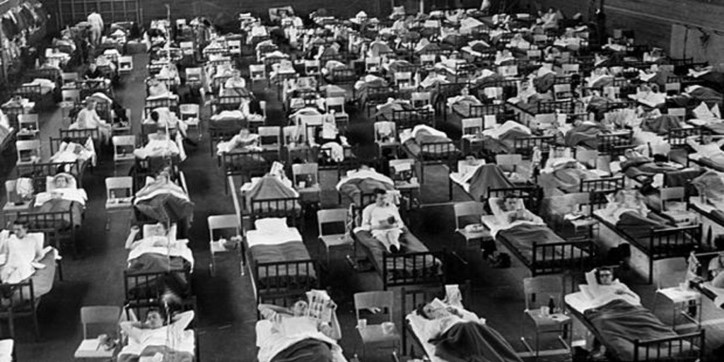 This pandemic was caused by an avian influenza that began in China and lasted two years, quickly spreading to the United States and England. The second wave in […]

In 2019, the African Swine Fever impacted the pig farming industry in China, as well as those in Poland, South Africa, North Korea, Mongolia, Cambodia and Vietnam. The virus originated in Africa in the early 1900s and spread to Europe, then Asia. Spread from ticks, warmer winters have allowed virus-borne ticks to survive and spread.

Although the virus cannot infect humans, more than 40 million pigs have been killed in China, either from the disease or preventative culling. The surge in pork prices has resulted in more people consuming bush meat.

Most bush meat is from the wild. Hunting wild animals can upset the balance of ecosystems and cause an ecological disaster; decreasing predators causes a surge in populations of prey. 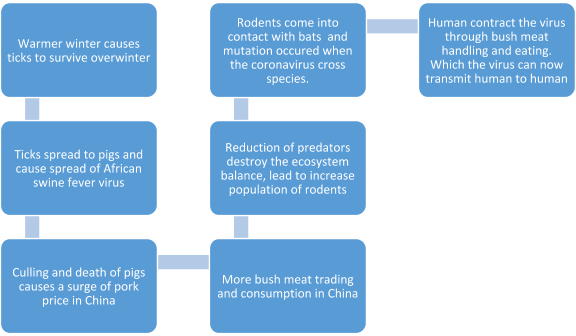 As the climate crisis worsens, humanity will see the reemergence of diseases and pathogens thought to have been eliminated. It is imperative that governments implement policies that reduce greenhouse gas emissions, or humanity will face illnesses that it is not prepared for.