How Wax Worms Can Be Used to Fight Plastic Waste 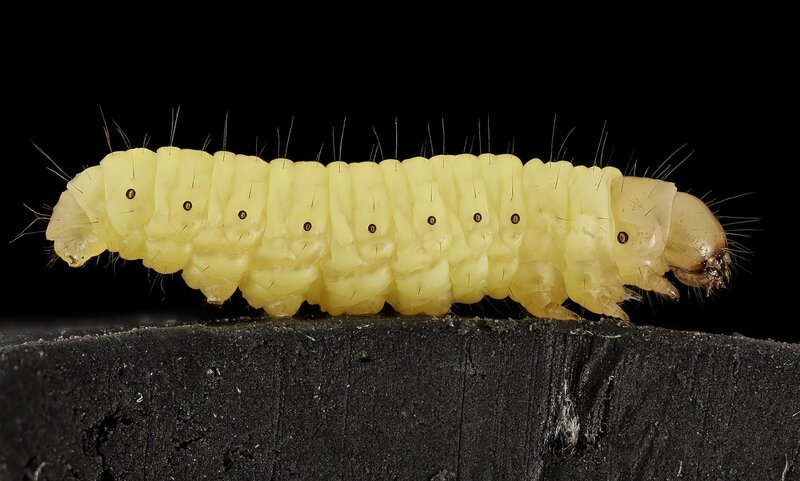 In light of the plastic waste crisis plaguing the planet, a novel solution could lie in a type of worm that can biodegrade plastic. Could wax worms be deployed on a large enough scale to make a significant impact?

Polyethylene (PE) is a type of plastic derived from petroleum. It is the most common plastic used and has a wide variety of uses, including grocery bags, children’s toys, and food packaging. PE satisfies approximately 40% of the total demand for plastic packaging in products and its impact on the environment is significant as it is non-biodegradable. It is disposed of through incineration, chemical degradation, as well as in landfills, all of which degrade the environment further.

The global PE market was USD $103.49 billion in 2018 and is projected to reach $143.30 billion by 2026, illustrating an exponential rise in demand for the substance despite the growing push towards a green economy.

A novel solution to ease this crisis might lie in wax worms. In a chance discovery, scientist Frederica Bertocchini found that these worms created holes in a plastic bag. To develop her finding, she teamed up with scientists from the University of Cambridge and confirmed, through several experiments, that the worms are able to break down the chemical bonds of PE.

By itself, PE takes hundreds of years to decompose depending on its form and use. For instance, a plastic bag can take up to 10 to 20 years to decompose, while plastic bottles can take 450 years. Even with chemical degradation, it takes several months to decompose. In a study, scientists found that 100 wax worms were able to biodegrade 92 milligrams of PE in 12 hours, or about 2.2 holes per hour per worm.

How do wax worms eat plastic?

The answer lies in the worm’s physiology. Wax moths lay their eggs within beehives to allow the wax worms to feed on beeswax for nutrients. Both PE and beeswax are polymers consisting of similar chemical bonds. The worms’ ability to break down beeswax is thought to be similar to that of their ability to break down plastic.

However, it is still unclear whether this ability comes from enzymes found on the skin of the wax worm or from microbes found in its gut. To rule out mechanical degradation from the wax worms chewing and munching on the plastic, the scientists created a mixture of crushed wax worms and spread it on a thin sheet of PE plastic for two hours. The results showed that the mixture of dead worms did, in fact, biodegrade PE at an even higher rate than live worms.

In a recent study by the Pondicherry University in India, researchers found similar results in a smaller species of wax worm, with a biodegradation rate of 2.01 holes per hour in PE film. One key element in this study compared the survival rates between wax worms feeding on only PE and those on traditional wax worm diets. Worms that were on wax comb diets had a 92% survival rate, whereas wax worms on a PE diet had an 80% survival rate. PE by itself does not contain enough nutrition for the worms and those worms that survived resorted to eating the dead ones for nutrition.

This raises the issue of ethics and could cause conflict with animal rights groups if this plastic waste management concept was to be carried out on a large scale. Adding nutrients to the PE mixtures might solve this issue, but may require more resources.

Aside from this, if wax worms were accidentally released into the wild, struggling bee populations might be severely impacted. Wax worms are considered pests by most beekeepers as they can rapidly destroy and chew through honeycombs.

However, in light of these ethical and environmental concerns, the idea should perhaps not be to produce millions of wax worms on farms, but rather to isolate and extract the enzyme or bacteria responsible for PE degradation and create an industrial enzyme solution for large-scale usage.

The financial aspect of creating industrial enzymes is known to be quite expensive and may act as a barrier to the global market. The extraction, purification, and containment of enzymes are complex and require specific equipment. This is a similar barrier that prevents commercial success for bioethanol as a cleaner alternative to non-renewable fuels due to the high commercial costs of cellulase enzymes. But if this solution for the PE waste issue is proven to be viable, perhaps these high costs could be subsidised by governments and other pro-environment parties.

Wax worms are not the only worms that are able to biodegrade specific types of plastics; mealworms are also known to biodegrade polystyrene foam. The solution to solving the plastic waste crisis will require the collaboration of many industries, one of which could be the use of the wax worm. Overall, the potential for biochemical solutions holds great promise and should be explored further.