Hunger for Animal Products is Draining US Freshwater Supply 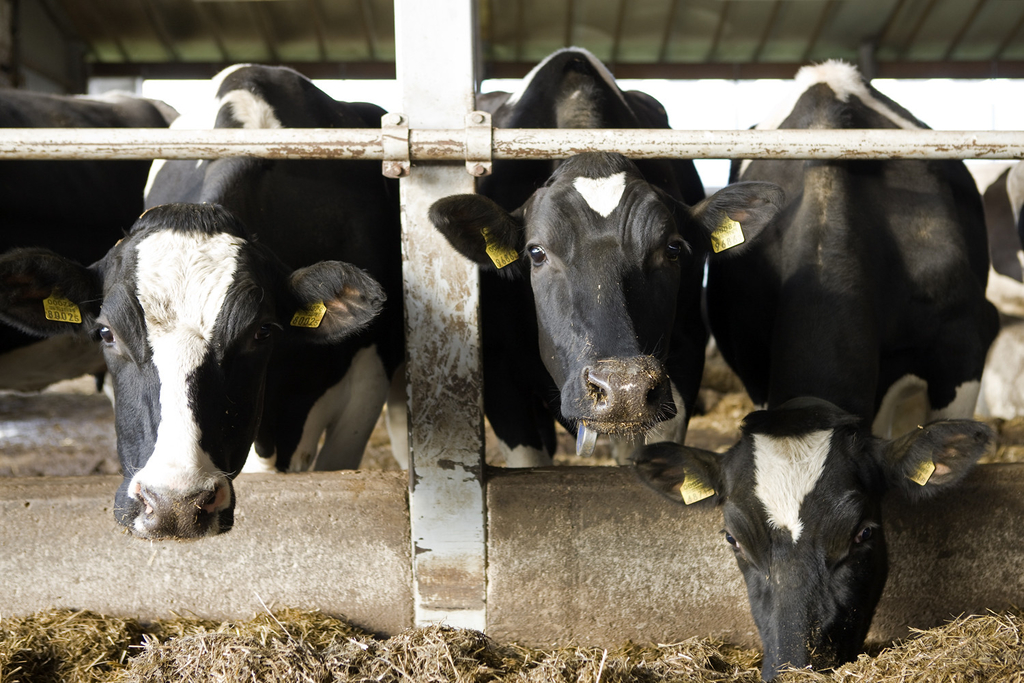 Research in the journal, Nature Sustainability, has revealed that the world’s hunger for burgers, steaks and other animal products is draining freshwater supplies in the western US and putting native fish species at risk.

Human consumption of freshwater is close to surpassing the rate at which water sources are being naturally replenished in many regions, creating water shortage risks for people and ecosystems.

The research examined the link between water shortages in 17 western states in the US, including Montana, Wyoming and Nebraska, and beef production, and shows that irrigation of cattle-feed crops is the biggest driver behind water scarcity in these regions, endangering the local ecosystem for aquatic species.

According to the Humane Society of the United States, each year, about 39 million cattle and calves are killed for food in the US. The water that is used for producing fodder for these livestock accounts for 86% of the total water consumption in the 17 states, where nearly all US cattle-feed crops requiring irrigation are grown and severe river flow depletion has been seen. As a result, an estimated 60 fish species in the region are facing extinction or imperilment.

Energy Use in Food Production
Infogram

Where Are the Beef Lovers?

The research indicates that nearly a quarter of the total water footprint of American consumers comes from beef consumption. In 2017, the US meat and poultry industry processed over 32 million cattle and calves. So who is buying and eating all this beef?

The top five areas in the US that consume the most beef grown on river-irrigated feed crops are Long Beach in Los Angeles, Salem in Portland,  Aurora in Denver, Oakland and San Jose in San Francisco and Tacoma in Seattle.

The Colorado River Basin is a significant part of the history and development of the American West, providing water for nearly 17 million people. Located in the southwestern United States and northwestern Mexico, the river is the primary source of water for a region that receives little annual rainfall. However, it has also become one of the victims of the massive beef production. From 2000 to 2015, the overconsumption of the basin has dried the river and depleted major storage reservoirs, posing severe risk of freshwater shortages as result of the consumption of beef and animal products in Los Angeles, Denver and San Francisco.

However, America is not the only culprit. The research suggests that as of 2012, nearly one-tenth of the crops grown in the western states were being exported to other countries, such as Canada, Japan, South Korea and Mexico. In recent years, the figure has increased by around 4% due to the huge expansion in the demand for beef in China.

While meat production and consumption of animal products has long been known to have a large carbon footprint (meat and dairy consumption accounts for more than 58% of agricultural greenhouse emissions), its impact on freshwater storage has not been given as much acknowledgement. In fact, 40% of the cereals produced in the world are used to feed animals and over 90% of humanity’s water footprint is related to agriculture, while animal products are responsible for nearly 30% of the water footprint of the global agriculture sector. As for its land use, the FAO says producing feed for livestock takes up around 80% of all agricultural land.

A potential solution to freshwater overconsumption lies in rotational fallowing of irrigated cattle-feed crops, which may be capable of reducing water shortage risks substantially while benefiting farmers financially and minimising food-security risks.

However, the research acknowledges that in order to protect ecosystems, efforts from farmers, policymakers and general meat consumers are required. Firstly, urban and rural water users need to collaborate to come up with strategies that can forecast, plan for and manage the demand for beef and minimise the environmental impact. Secondly, political leaders have to secure funding to implement those strategies, and thirdly, animal product lovers should reduce their consumption or select other products that do not depend on irrigated cattle-feed crops.

Despite all the scientific evidence that is lying in front of us, the ecosystem and environment will continue to be damaged if the human race does not take drastic and swift action.