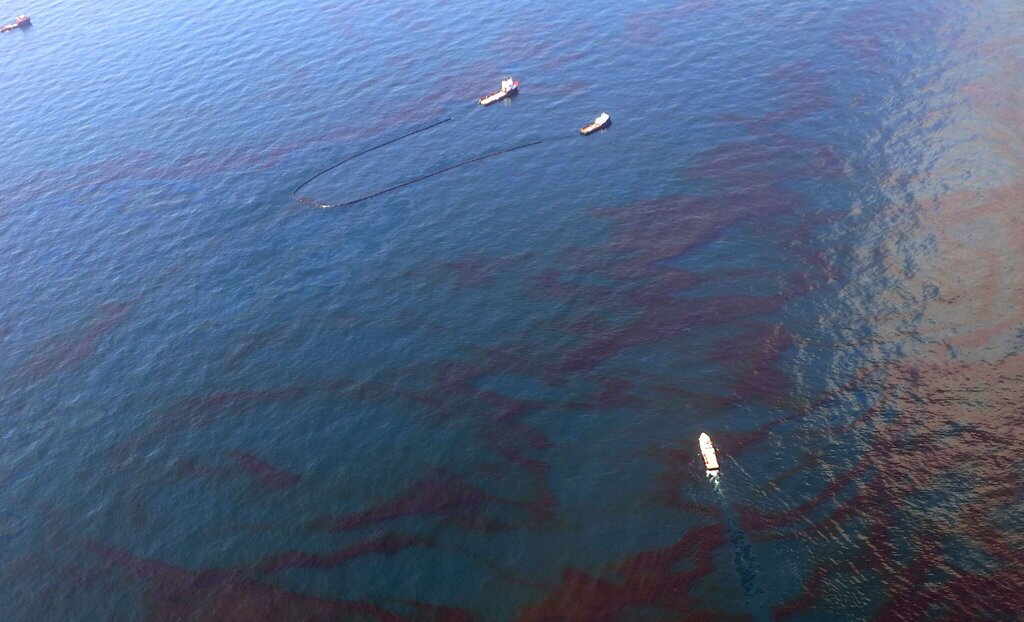 Clean-up efforts are already underway in response to a sizeable oil spill in the Gulf of Mexico in the wake of Hurricane Ida, which was one of the worst storms to make landfall in the Gulf and Louisiana.

A sizeable oil spill was discovered on Sunday, September 5 in the Gulf of Mexico following the departure of Hurricane Ida, which was the second most destructive hurricane to strike the state of Louisiana on record.

The ongoing oil spill appears to be leaking from an offshore drilling lease about 3km south of Port Fourchon in Louisiana, which is a well-known oil and gas hub.

The Clean Gulf Associates, a nonprofit oil-spill response cooperative, have already begun clean-up efforts where two 90-foot-long company vessels are running skimmers that can remove oil from the water.

A team of divers made a descent underwater and found a dislodged 12-inch oil pipeline off the coast of Louisiana, near the site of the spill. Two smaller abandoned pipes were later located nearby.

However, murky conditions as well as a tangle of unused pipes, wells and infrastructure on the seafloor made it difficult to find the source. At least nine different pipeline segments, both in service and unused, lie near the leak site.

The ownership of the damaged pipeline is yet to be identified. Talos Energy, an oil producer that had previously leased the oil block in the area has denied ownership but is now aiding in the clean-up efforts.

Recent satellite images show oil slick drifting more than 19km eastward along the gulf coast but has fortunately remained at sea and the rate of spread appears to be slowing down. The spill also failed to reach the Louisiana shoreline. However, it’s too early to tell if the event caused any impacts on wildlife and the environment. The National Oceanic and Atmospheric Administration (NOAA) has warned of a number of potential spills nearby, as well as across the Gulf.