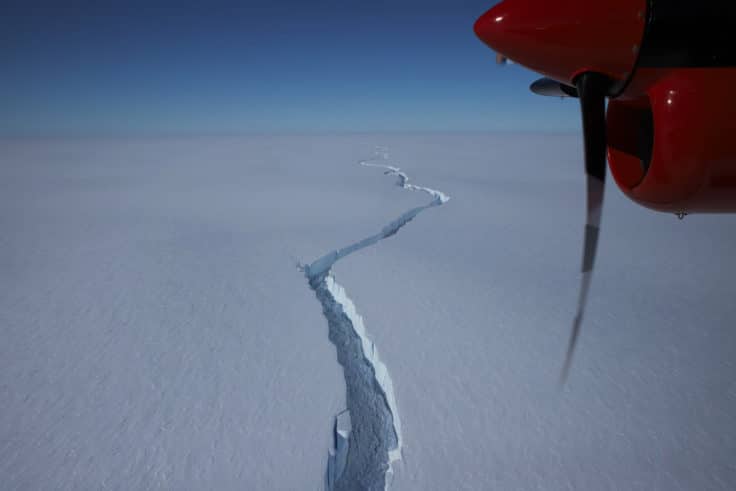 Last week, a giant iceberg broke off the 150m-thick Brunt Ice Shelf in Antarctica, close to a British scientific outpost. The 1 270 sq km chunk of ice is bigger than New York City and broke off in a process called calving, according to the British Antarctic Survey (BAS).

BAS Director of Operations Simon Garrod says, “This is a dynamic situation. Four years ago, we moved Halley Research Station inland to ensure that it would not be carried away when an iceberg eventually formed. That was a wise decision. Our job now is to keep a close eye on the situation and assess any potential impact of the present calving on the remaining ice shelf.”