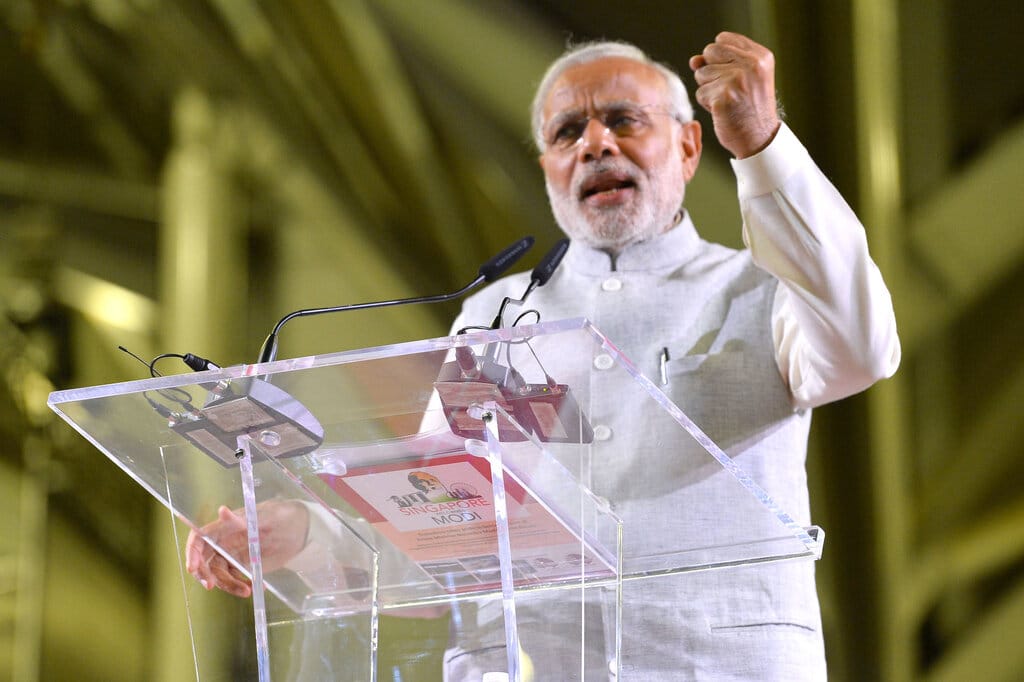 The Prime Minister of India Narendra Modi made a surprise announcement at COP26, the UN climate conference in Glasgow, promising to reach net zero emissions by 2070.

As the world’s third largest carbon emitter, India has been facing growing pressure to step up their climate action and goals ahead of the climate conference. After a disappointing conclusion at the G20 meeting in Rome just days prior, where leaders of the 20 biggest economies only managed to agree to stop funding coal fired power generation projects abroad, India’s new climate pledge showed promise for better progress in the two-week long UN climate summit.

Though India’s net zero target lags behind goals set out other big carbon emitters – US pledged to reach net zero by 2050 and China for 2060 – India’s timeline is said to be compatible with what scientists say we need to avoid a climate catastrophe.

Modi also promised to increase its energy from renewable sources up to 50% by the end of the decade. But to do so, the country would require significant investments to help its net zero transition. The Prime Minister reiterated his stance that rich countries should pay for developing nations to help achieve their climate goals, demanding $1 trillion of climate finance.

“It is India’s expectation that the world’s developed nations make $1 trillion available as climate finance as soon as possible,” said Modi. “Justice would demand that those nations that have not kept their climate commitments should be pressured.”

At the 2009 COP conference in Copenhagen, world leaders agreed that developed nations and historically large emitters, such as the US and EU countries, would provide developing countries to help withstand climate change impacts and accelerate the full adoption of renewable energy. The current figure on the table for climate finance is fixed at $100 billion each year starting from 2020, but the industrialised world has failed spectacularly at delivering on this promise. What Modi is demanding is 10 times of that sum.

The first day of the UN conference also saw other new climate pledges including Vietnam, pledging to reach net zero by the 2050, and Brazil vowing to halve its carbon emission this decade.

However, other big greenhouse gas emitters failed to deliver any updates on climate goals. US President Joe Biden, who faced significant obstacles in Congress to push through any climate-related legislation, simply restated the country’s commitment to cut emissions by 50% by 2030 from 2005 levels.