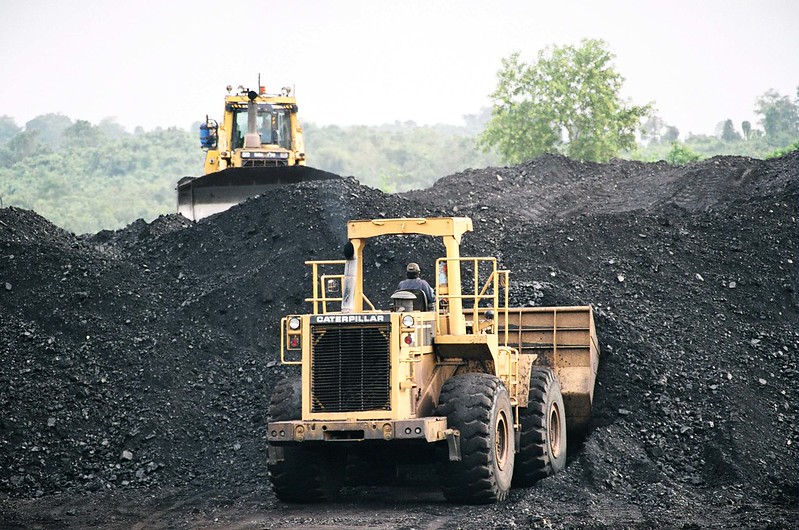 Indonesia says it will begin retiring coal-fired power plants for good — while still continuing to build more than a hundred new ones, in the latest mixed message from one of the last coal-friendly countries in the world.

PLN, the state-owned power utility, which has a monopoly on the national grid, announced late May that it plans to completely abandon coal by 2055.

“We are scheduling the retirement of our coal-fired power plants to achieve carbon neutrality in 2060,” PLN deputy CEO Darmawan Prasodjo said in an online event May 28.

He said the retirement plan is a directive from President Joko Widodo and has been agreed on by the Ministry of Energy and Mineral Resources as well as the Coordinating Ministry for Maritime Affairs and Investment.

“This is a battle that we can’t lose,” Darmawan said. “The survival of humankind depends on the action that we are taking today.”

A day earlier, Luhut Pandjaitan, the coordinating minister for investments, had declared fossil fuels a global “common enemy” during an online investment forum. Luhut himself maintains a stake in a coal mining company.

At the same time, the utility and the various independent power producers it works with are still on track to build 117 new coal fired-power plants. As of 2020, there were 11.8 GW of coal plants under construction in the country, according to a 2020 report by EndCoal. That’s part of the total 21 GW of coal capacity still to come online, which includes planned plants for which financing has been secured, according to PLN’s Darmawan.

These new plants will churn out 107 million tons of carbon dioxide emissions per year, according to Andri Prasetiyo, a researcher at Trend Asia, an NGO that focuses on clean energy transition. And with plants typically operating for 35 to 40 years, it’s likely Indonesia will still have a large fleet of coal plants running in 2060 or even 2065, despite what PLN says.

“Meanwhile, coal-fired power plants have to totally cease to operate by 2050 in order to achieve the global target of net-zero emissions to tackle the climate crisis,”Andri said.

These new coal plants in Indonesia will also make it even harder for renewables to compete with coal, according to Tata Mustasya, climate and energy campaign coordinator at Greenpeace Indonesia. Coal accounts for 60% of Indonesia’s energy mix, compared to less than 1% for solar and wind combined.

Tata called the plan to phase out coal plants while still building new ones “a contradiction,” as it will effectively eliminate the space for renewable energy in the next three to four decades.

On its own, however, the announcement by PLN has caught experts and activists, who have been campaigning for Indonesia to transition to clean and renewable energy for years — to no avail — off guard.

“We are surprised,” Pamela Simamora, a research coordinator at the Institute for Essential Services Reform (IESR), a Jakarta-based think tank, told Mongabay.

She called the move a dramatic shift in the government’s energy policy, which has long been characterised by an overreliance on coal and generous subsidies for miners and power plant operators.

“It’s true that the last one to two months marks a 180-degree turn [on energy policy],” Pamela said. “This is thanks to the international community, which has also pushed the government [to phase out coal]. Indonesia might be afraid to be branded as not ambitious enough and to not have commitment for [tackling] climate change.”

Adhityani Putri, executive director of Cerah, a local advocacy group pushing for a clean energy transition, said the sudden change might come from growing awareness that it doesn’t make economic sense to keep supporting a dying industry like coal, which international investors are increasingly shunning.

“The dramatic change of political narrative is really brought about by the realisation that fossil fuel financing, especially for coal power plants as well as financing for coal mining, is quickly drying up,” Adhityani said as quoted by Bloomberg. “All this pressure levelled against coal is starting to be felt within elite circles.”

The COVID-19 pandemic has accelerated the decline of the coal industry, with the crisis showing that renewable energy is cheaper for consumers and a safer bet for investors. Recently, the G7 group of richest countries, including the U.S. and Japan, agreed to stop international financing of coal projects by the end of 2021. And South Korea, one of the biggest funders of coal power plants in Indonesia, is pulling out of the business as well.

Pamela called the shift by PLN “a breath of fresh air,” but said the rhetoric should be backed by meaningful action.

“It’s not enough for investors. What they need is certainty, because a breath of fresh air doesn’t always last long,” she said.

That means legislating the new policy of a clean energy transition into law, given that the government still doesn’t have a unified, definitive stance on the matter, with opinions differing among officials and agencies, Pamela said.

“There are differences in [official] road maps and statements. This creates confusion for us who work in the sector, and for the public: which one should we follow?” she said.

A case in point: while Luhut, the coordinating minister for investments, has branded fossil fuels a “common enemy,” the assistant deputy for energy in his ministry, Rida Yasser, has tempered calls for a complete coal phase-out.

He said not all coal-fired power plants would need to be shut down to achieve net-zero carbon emissions.

“Yes, we need to phase out coal, but our target is net-zero [emissions], not zero emissions,” he said in the May 28 event alongside PLN’s Darmawan. “As long as net-zero is achieved, why do we need to throw away our investments [in coal plants] that haven’t seen a return yet?”

Rida said said shutting down plants before recouping their cost would be a waste of money if net-zero emissions are already achieved.

Pamela said this kind of thinking fails to see that phasing out coal is not just an environmental issue, but also an economic issue. Indonesia’s continued use of coal could see its other exports to the European Union hit by a planned border adjustment carbon tax, for instance, Pamela said. The scheme, which the EU is still considering, would levy a tax on the carbon emissions associated with imported goods.

“So our products will be more expensive and less competitive,” Pamela said. “And renewables will become much cheaper than coal. As a result, our energy subsidy will balloon and our production will have the highest cost because the energy [in our country] is more expensive. So it’s not only about the environment, but also the economy. And this is not emphasised enough.”

Lack of a Unified Message

There’s also no consensus from the government on the deadline for Indonesia to achieve carbon neutrality. While Indonesia’s environment ministry says 2070 is the most realistic scenario for net-zero emissions, the country’s development planning ministry, Bappenas, says that if Indonesia can achieve the goal sooner, by 2045 or 2050, the country would reap economic benefits due to higher productivity and lower externalities.

Luhut has also said Indonesia should aim for an earlier deadline, possibly 2050.

Central to this lack of a unified message from the government is the fact that President Joko Widodo hasn’t spoken publicly on the matter, according to Pamela. During an online global leaders’ summit in April hosted by U.S. President Joe Biden, Widodo notably didn’t give a date for Indonesia’s net-zero goals — even as his Brazilian counterpart, Jair Bolsonaro, notorious for his anti-environment rhetoric and actions, used the event to declare Brazil is aiming for carbon neutrality by 2050.

“That’s what’s important for the president to do, to give a public statement on the deadline and time frame,” Pamela said. “So when there’s a clear voice from the highest office, the policies at the lower levels can be synchronised.”

She said the transition away from coal and other fossil fuels is inevitable.

“The world has been moving toward a low-carbon economy,” she said. “So whether we like it or not, we have to embrace it. Changes will certainly come.”