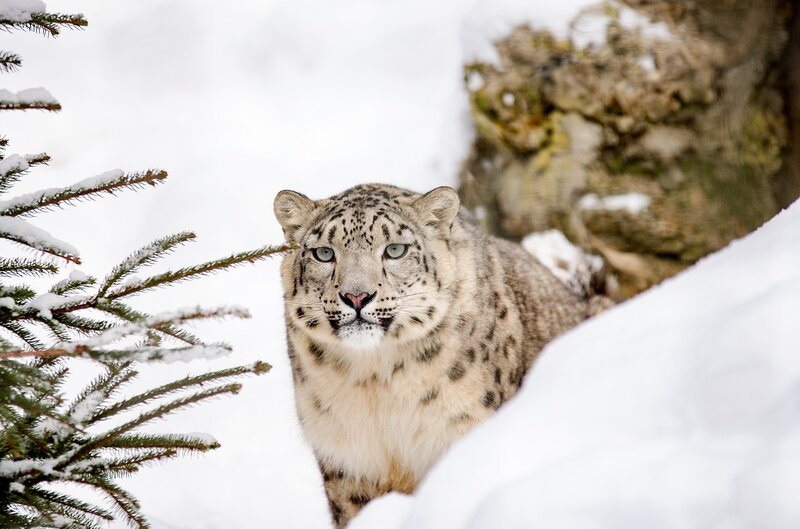 Today is International Snow Leopard Day! Established in 2014, on October 23 every year, we celebrate this endangered cat and raise awareness for its conservation and protection. While there are many countries and communities committed to protecting this fascinating creature, the snow leopard population is under threat due to shrinking habitats, a declining number of prey and poaching. A large part of conservation efforts is to raise awareness through education. So here are some facts about the elusive, stunning snow leopard.

Whilst not a lot is known about the snow leopard, one thing is clear – the species population is declining due to “habitat deterioration, poaching, conflict with people” and climate change, says Becci May, a Tigers and Asian Species Regional Manager for WWF. Through rebuilding communities in Nepal after the devastating earthquake in 2015, the WWF has been working with communities in the high mountains of the Kanchenjunga conservation area in Nepal to reduce conflicts between snow leopards and people. Snow leopards sometimes prey on livestock that leads to retaliatory killings. Snow leopards are often poached for their fur and bones for commercial and medicinal purposes and are also under threat from climate change-induced warming.

You might also like: Orphaned By a Poacher in Zimbabwe, a Black Rhino Calf Returns to the Wild

Celebrating International Snow Leopard Day should encourage us to learn more about this creature and the threats they face, prompting us to rethink the impact of our actions on these cats and the environment in which they live and rely on.