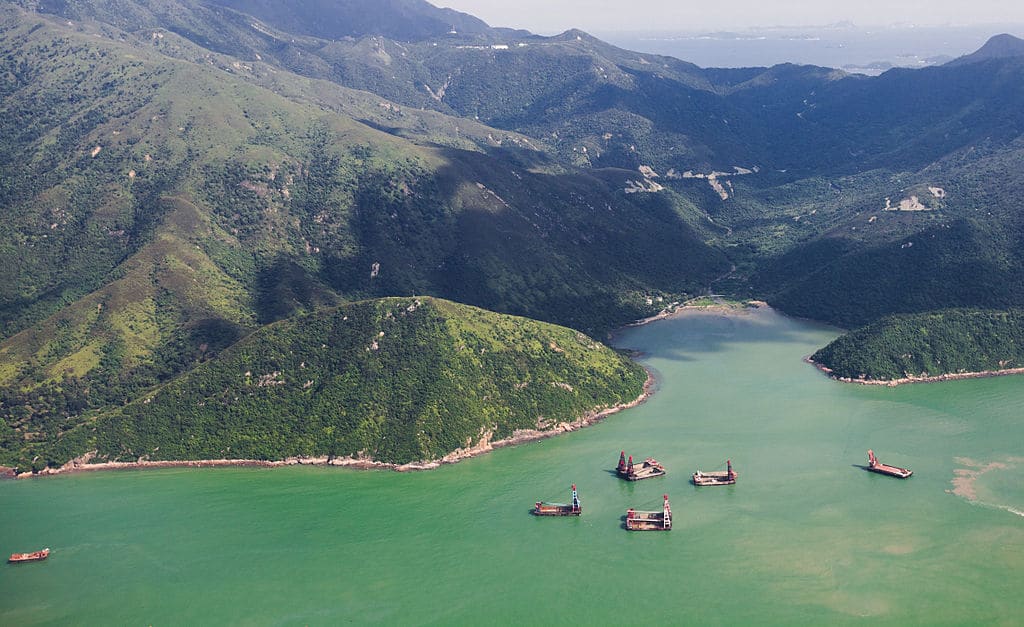 Lantau Tomorrow Vision is not the best option to tackle Hong Kong’s housing issue. Considering its long construction time and concomitant environmental impacts, it is worthwhile to explore other development strategies, such as redeveloping brownfields, to increase land supply.

In her second policy address, Hong Kong’s Chief Executive, Carrie Lam announced Lantau Tomorrow Vision, a large-scale reclamation project to build a 1,700 hectare-island off the east coast of Lantau Island. This is one of eighteen feasible options released by the Land Supply Task Force in 2018 and is the one the government is most adamant about to tackle land shortage. Reclamation has been the preferred way to increase land supply in Hong Kong – most of the new towns of Shatin, Tseung Kwan O, Tuen Mun, and Tung Chung sit on reclaimed land, accounting for 25% of developed areas – however, one of such scale is unprecedented. 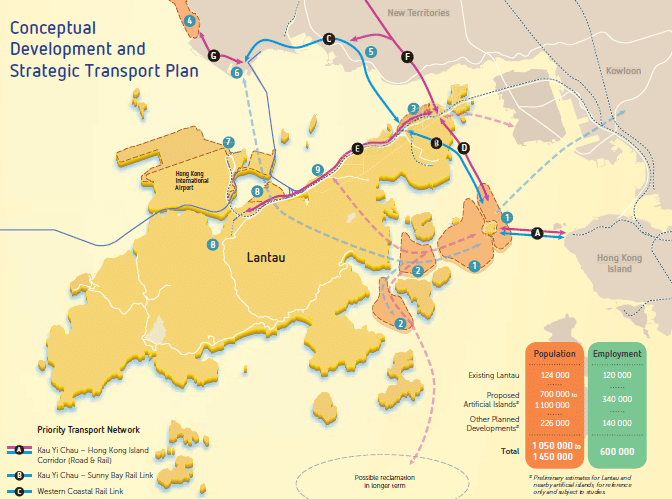 With the motto: “creating a quality and sustainable living and working environment for the Hong Kong People”, Lantau Tomorrow Vision is presented as the panacea to the city’s housing woes. Upon completion, this artificial island could accommodate up to 400,000 residential units, with 70% – 280,000 units – reserved for public housing, accounting entirely for the housing shortfall. As of this year, there are 253,000 applicants on the waiting list for public housing, with an average waiting time of 5.8 years. From these numbers, Lantau Tomorrow Vision could be the silver bullet to Hong Kong’s housing shortage, but how “quality” would the living environment be? According to the government website, the project provides up to 40,000 housing units, with the average household size of 2.8, this would draw 1.12 million people to the island – or a density of 65,882 people per square kilometres – making it more populated than Kwun Tong, the densest district in Hong Kong, with a population density of 59,000 people per square kilometres. Is a congested urban environment the ideal model for “quality living” as the government claims?

As part of the “sustainability” goals, Lantau Tomorrow Vision would set up a $1 billion Lantau Conservation Fund to improve the rural environment on Lantau. One of its main targets is to explore practical means to compensate for habitat lost due to the project; this is mainly to quell oppositions from green groups and Chinese White Dolphin activists – highlighting Hong Kong’s “develop first, conserve later” mentality – as previous compensation efforts have proven this mindset unrealistic. During the construction of the Hong Kong – Zhuhai – Macau bridge, the government set up marine parks to protect the dolphins in the area, but it was all in vain; the number of CWDs continued to plummet throughout the project, from 80 in 2012 – around the commencement of the project – to a record low of 32 at the end of its construction in 2018. “Compensation measures are useless”, said Taison Chang, chairman of the Hong Kong’s Dolphin Conservation society, “There were no dolphins going there. What is the value of a marine park when no dolphins appear there?” 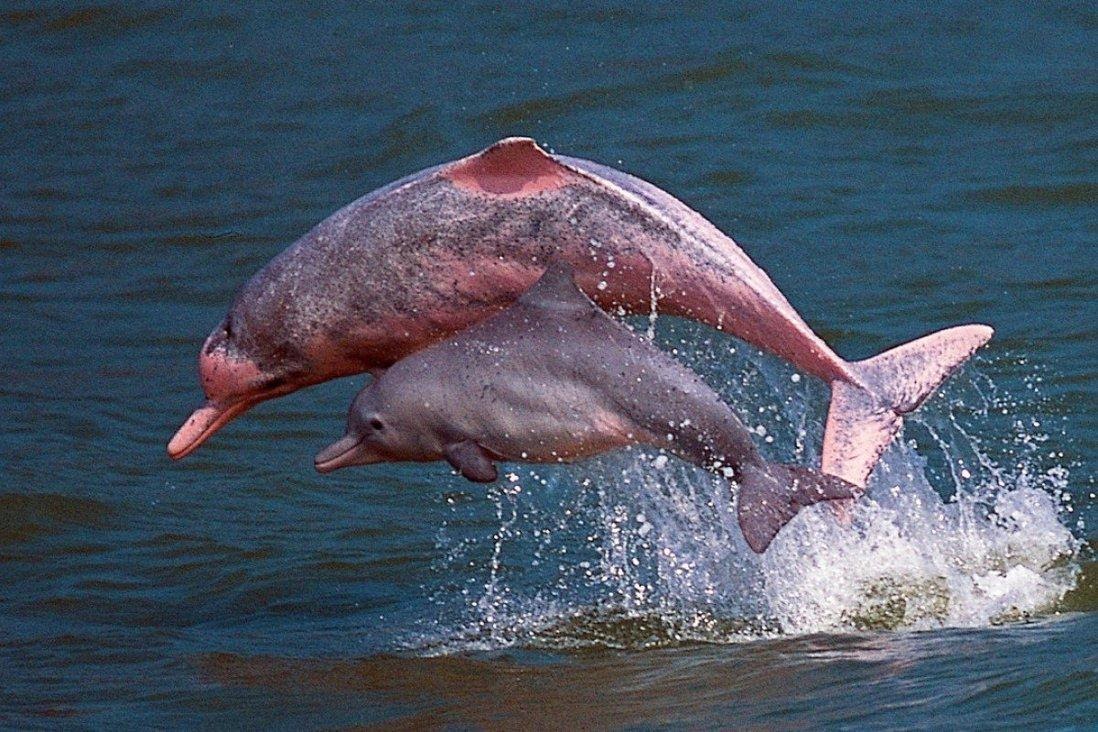 Lastly, it takes a substantial amount of fill material to build an island. To source adequate material for Lantau Tomorrow Vision, the government development bureau is prioritising inert construction waste – generated from local construction work – to supply half the fill material needed for the project, and the remaining would be covered by marine sand from China. However, the department’s assertion on having adequate material is called into question, since previous reclamation projects mainly relied on marine sand for filling – only 10% of the 650 hectares highway was obtained from local construction reserves. Over 90 million cubic metres of fill material had to be transported from China.

Even if the department’s claim was true and the city had enough fill material to supply 50% of the material for Lantau Tomorrow Vision, delivering half-an-island worth of marine sand from China would create a large carbon footprint. According to an NGO The Green Earth, the 1,700-hectare Lantau Tomorrow Vision could require over 260 million cubic metres to fill. To provide some context, a typical dump truck holds 10 cubic metres, meaning 26 million truck-load of fill material would be needed!

Indeed, housing is a dire problem that demands action from the Hong Kong government, but is reclaiming the only way? Chan Kim Ching, a researcher at the Liber Research Community, thinks not. Liber Research Community studies brownfields – previously developed lands that are now neglected – on its redevelopment potential. The group found multiple brownfield sites across Hong Kong and among which, 380 hectares could be used for housing development. “This is enough land to provide 95,000 public housing flats, equivalent to the city’s supply of public housing in the past six years,” reported the group. Although it does not measure up to the 1,700 hectares of the Lantau Tomorrow Vision, it shows that there is more than one way to increase land supply for housing.

The biggest advantage of redeveloping on brownfields over reclaiming is that they require significantly less time.  Most of the sites come with connections to vital infrastructure (drainage, electricity, transport etc.), greatly reducing the time needed for development; in comparison to building an artificial island where all the infrastructure must also be built from scratch. According to the government’s projection, the first residential population intake is in 2032. With the peaking and ageing population, Hong Kong people cannot afford another decade with the housing crisis, especially when there are quicker alternatives. 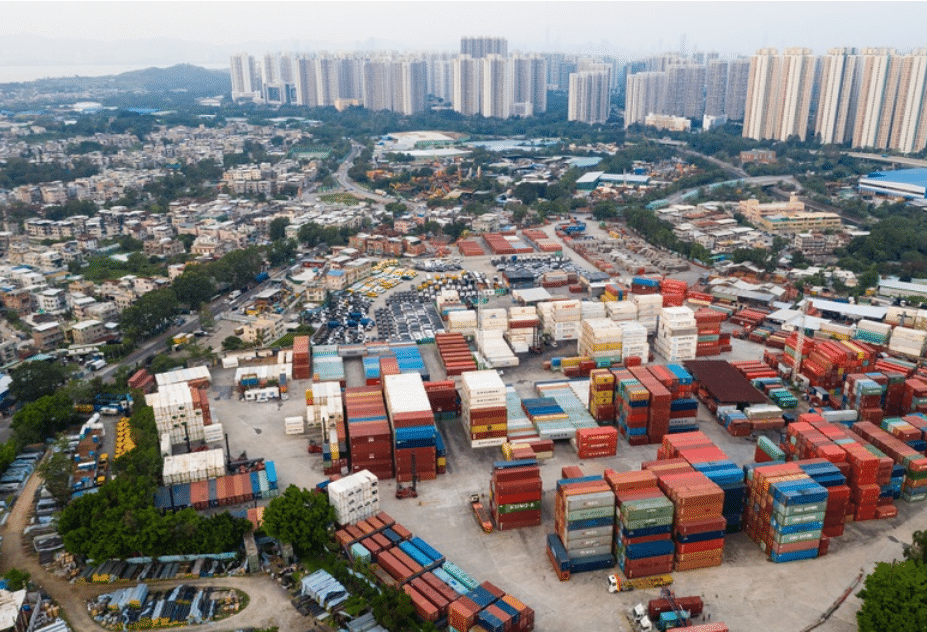 A brownfield site in Hong Kong. Source: Our HK Foundation

Another benefit of redeveloping is the improvement of existing land resources. Brownfields are an eyesore to the urban landscape. They are occupied by industrial operations such as container yards, vehicle parking, and covered warehouses, which are often incompatible to its surrounding area. Depending on usage, they also harbour contaminants such as petroleum, metals, and solvents, posing safety hazards to the environment. Redeveloping serves the double benefit of cleaning up the urban environment and addressing housing demands.

Although Lantau Tomorrow Vision could increase land supply for housing in Hong Kong, it is not the only viable option. Considering its long construction time and concomitant environmental impacts, it is worthwhile to explore other development strategies, such as redeveloping brownfields, to tackle the housing crisis.