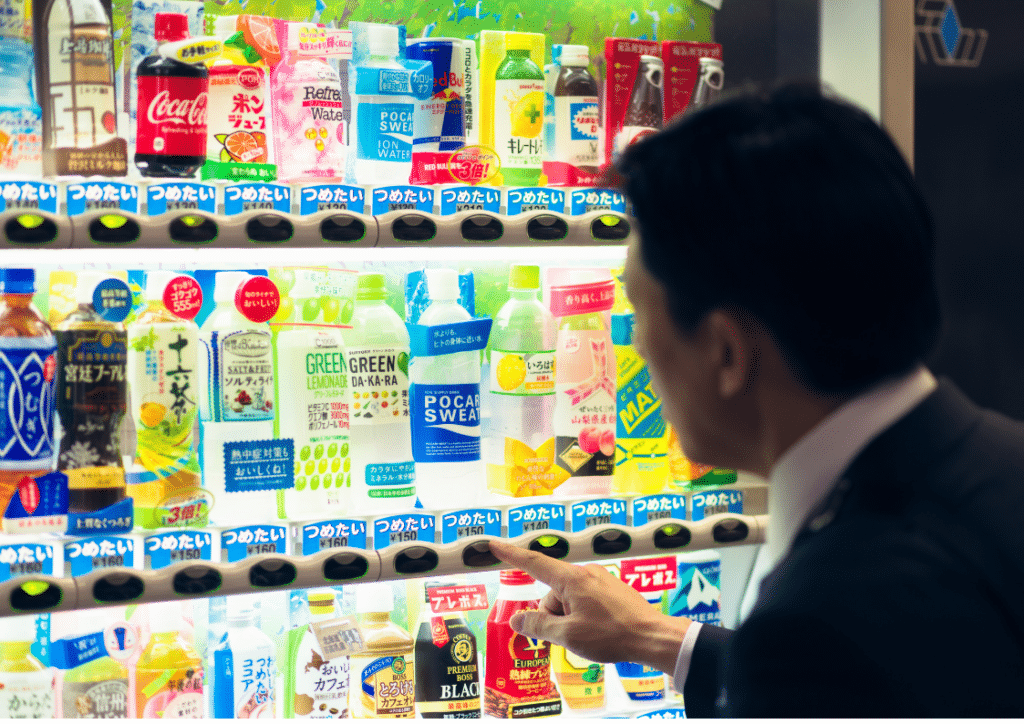 More and more Japanese drinks and beverage vendors are switching out plastic bottles for aluminium cans to help reduce plastic trash in the ocean.

The number of Japanese drinks and beverage companies selling products in aluminium cans instead of plastic bottles is on the rise.

Vending machine culture is a mainstay in Japan. There are about 5.5 million vending machines in the country and the plastic waste generated from it is insurmountable, contributing to the salient marine pollution problem in Japan. According to the Arakawa Clean Aid Survey of 2019, 83% of the litter in the Arakawa River, which flows from Saitama Prefecture to Tokyo Bay, consists of plastic packaging and containers. The high rate of plastic pollution also results in higher levels of microplastics in the waters. About 80 percent of the anchovies in Tokyo Bay have been detected to contain microplastics.

Since April 2021, Ryohin Keikaku Co, a Japanese retailer operating under beverage vendor giant Muji, has sold all 12 teas and soft drinks that they offer in aluminium cans in place of plastic bottles. The transition was made following data published on aluminium horizontal recycling, which is the recycling of products with the same components to avoid degradation. The data shows that aluminium cans produce a greater rate of reusable material than plastic bottles and packaging.

According to the Japan Aluminium Association and the Council for PET Bottle Recycling, the rate of horizontal recycling for aluminium cans reaches 71% compared to the 24.3% rate for plastic bottles.

When plastic bottles are recycled, the material goes through multiple bouts of recycling and are often reshaped into another plastic product instead. Aluminium cans on the other hand, have a longer shelf life and are better at preventing the deterioration of its contents – mostly due to light exposure. Ryohin Keikaku claimed that the switch to aluminium cans have extended expiry dates of their products by 90-270 days, reducing the disposal of expired drinks at the same time.

A number of Japanese companies have also hopped on the aluminium can bandwagon, including Dydo Group Holdings Inc, a prominent Japanese beverage producer, which switched out the plastic packaging for their six products.

The Aluminium Association, an American industry group, says that almost 75% of all the aluminium ever produced to date is still in use today whereas only 9% of all plastics ever made have been recycled, according to a study published in the journal Science Advances in 2017. While the benefits of aluminium recycling outweigh those of plastic recycling, the net environmental benefits aren’t as clear cut with some critics highlighting the high carbon footprint that comes from manufacturing aluminium.