Get to Know Our EO Ambassadors, Anti-Plastic Warriors Amy and Ella Meek 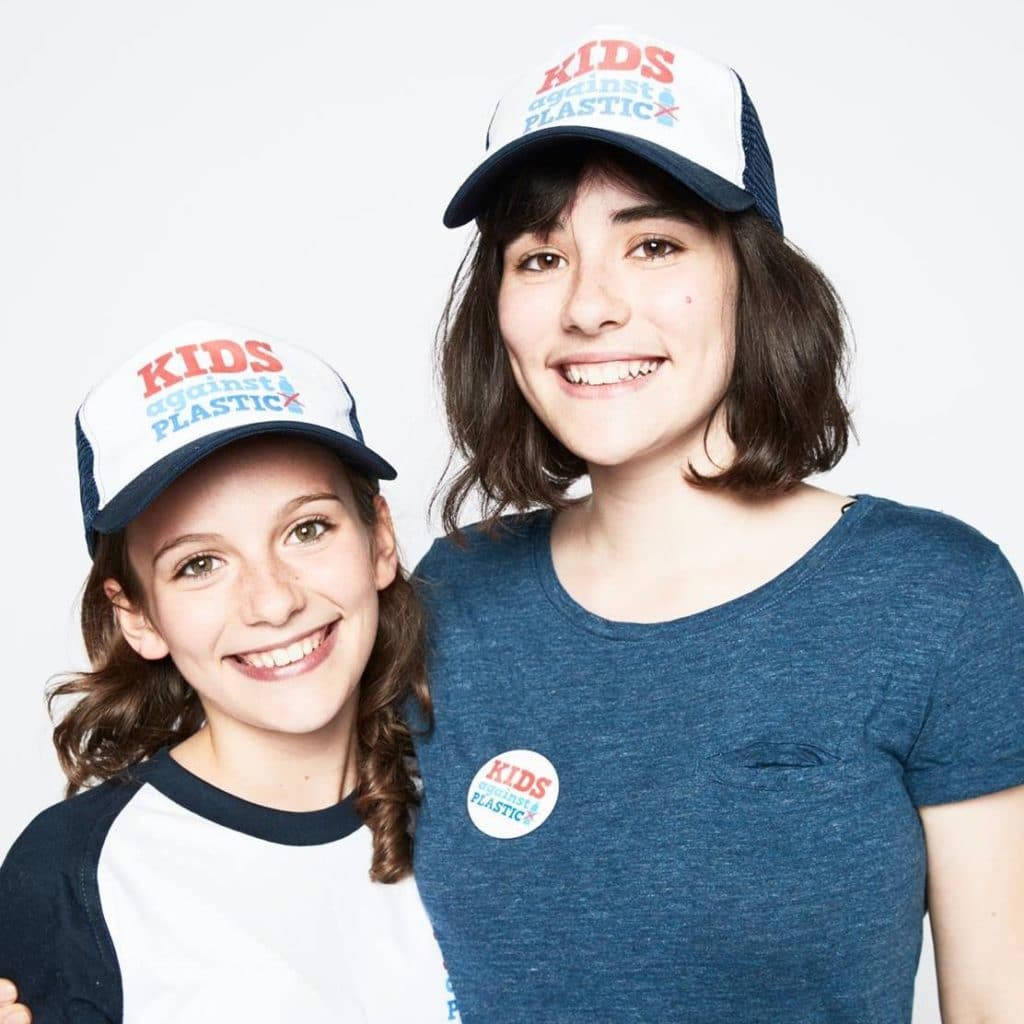 Learn more about one of our inspiring EO Ambassadors, Amy Meek, who co-founded Kids Against Plastic with her sister Ella, at the ages of 12 and 10, respectively, in 2016. The UK-based duo are anything but meek when it comes to the fight against plastic pollution. They have since picked up more 90,000 pieces of single-use plastic litter,  launched campaign initiatives with over 1000 schools and over 50 cafés, businesses, and festivals, and even published a book Be Plastic Clever in 2020. Amy shares how their educational initiatives raise awareness on plastic pollution, and ways in which children can get involved in helping make the world a better place.

What Inspired You to Get Involved in Climate Action and the Climate Movement?

Ella and I always grew up interested in nature and the environment – our parents would take us for hikes in our nearby national park almost as soon as we could walk, so we grew up having an appreciation for the natural world.

And it was because of this passion for the environment that we were so impacted when we were researching the issue of plastic pollution back in 2016. Plastic pollution was something that we had, of course, come across before. We can all walk along the street and see plastic bottles, cigarette butts or a rogue plastic bag tangled in a tree. But the scale of the problem was what blew us away. To say we were shocked by what we discovered would be an understatement.

But what shocked us the most was how little attention was being given to this issue on a larger scale. This was back in 2016, before the media explosion on plastic pollution began and became such a hot topic. It wasn’t an issue that was as talked about anywhere nearly as much as it is now. We were appalled to see the impact that our plastic habits and those of everyone else’s were having on the planet without us even knowing about it. So, we decided to get started, trying to do our bit to have a positive impact even if it was just something small.

How Did Your Organisation Kids Against Plastic Come To Be?

We began Kids Against Plastic back in 2016, at the ages of 12 and 10. At first, we started off with picking up plastic litter we found wherever we went, from roadsides to beaches. We studied the UN’s Global Goals for Sustainable Development and thought to ourselves: “we need to do our bit”. We needed to help address the issue of single-use, convenient plastics by raising awareness of its harmful impacts, and help others reduce their use of them.

Plastic Clever School is One of Your Major Initiatives. Can You Tell Us More About It?

Plastic Clever Schools in an initiative we set up to help schools and pupils raise awareness on plastic pollution, and more importantly, empower them to take action to swap out as many problematic plastics as they can with more sustainable alternatives, for example, reusable materials.

We recently revamped our Plastic Clever Schools resources and website in collaboration with Common Seas (another charity tackling plastics), so we’re really excited to get more schools involved.

The process of becoming a Plastic Clever School is a straight-forward one that all schools, big and small, can work through. It’s structured into three stages (or levels):

Level 1 – Inspire: Where pupils learn about plastic pollution and inspire others in school to take action.
Level 2 – Investigate: Pupils identify any polluting plastics in school and prepare to take action to eliminate them.
Level 3 – Act: At this level, pupils take action to swap out or remove single-use plastics.

For each level, schools can share their work before moving onto the next stage. Our website showcases the progress of all the participating schools, and the Display page is where examples of what schools have done are shared to provide inspiration to others.

What Goals Do You Hope Plastic Clever School Can Achieve?

First, we hope to help our local county, Nottinghamshire, to become the first county to have Plastic Clever Schools and lead the way for other counties to follow. Ultimately, we want to try and make all the schools in the whole of the UK “Plastic Clever”.

How Can Schools and Students Join in the Effort?

Schools can join the Plastic Clever Schools initiative by filling in the form on our website.

For any children who want to join our Kids Against Plastic members’ club (KAP Club), then they simply need to fill in the form on our KAP Club page.

What Do You Say to Others Who Want to Start Their Own Initiatives?

Think of something you are passionate about, and then break it down into small, manageable chunks that will enable you to start doing something – no matter how small. Aim for small wins as this will help build your confidence and keep you motivated. Then all you have to do is keep going, persevere, stay determined and keep belief in the fact that even the smallest actions matter. They really do.

If you try to start too big and take on the whole world, it will be tough to feel like you are making a difference.

There’s a saying:
Q: What’s the best way to eat an elephant?
A: One mouthful at a time!

This is just a funny way of getting the point across that big things happen as a result of lots of small actions. So, think big but start small. And stick at it.