Liquid Nanoclay: Transforming Soil to Shape the Future of Farming 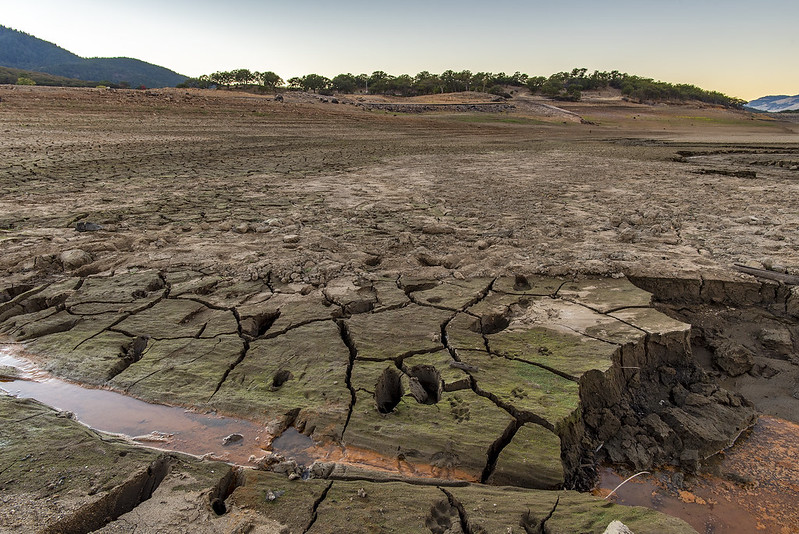 Agriculture is the major source of food supply for the global population. It also helps reduce poverty, raise incomes, create more and better jobs and support livelihoods, and improve food security for 80% of the world’s poor people who live in the rural areas of developing countries and rely largely on farming. Approximately 70% of freshwater is used for agriculture globally. With rapid human population growth, by 2050, farmers and food producers will need to feed about 9 billion people, which will require an estimated 50% increase in agricultural production and a 15% increase in water withdrawals. However, agricultural production is threatened in countries in the Middle East, which depend significantly on imported food commodities because of the constraints of land and water scarcity, along with climate change. A Norwegian company has found an innovative way to solve all these problems: transform poor-quality sandy soils into high-yield agricultural land with Liquid NanoClay.

Desertification resulting from decreasing water resources and vegetation is another factor challenging agricultural productivity. The combined impact of climate change, drought, overgrazing, unsustainable freshwater use and other human activities further accelerates the degradation of water-scarce regions in the world. Consequently, the soils in those regions become less fertile and less able to support crops, livestock and wildlife. In addition, drylands cover around 40% of the Earth’s land surface and are home to around 2 billion people. Thus, desertification will have a huge impact on our planet. A report, titled The Value of Land from the Economics of Land Degradation Initiative, presented that land degradation can cost the world up to US$ 10.6 trillion every year. There is also a concern for the communities in the desert regions that are dependent on other countries (imports) for agricultural resources due to poor-quality soils and lack of advanced agricultural systems. Taking into account the accelerating rate of food consumption and decaying soil quality, it is necessary to advance agricultural technologies.

A Norwegian startup, Desert Control, has developed a new technology to combat desertification and transform sandy deserts into fertile farmland. This innovation, called Liquid NanoClay (LNC), is created when irrigation water and clay are mixed. The mixing is carried out on site and the LNC is spread onto sandy soil using traditional irrigation systems such as sprinklers or water wagons. The individual clay flakes bind to the surface of the sand particles with a Van der Waals binding, and the mix percolates the ground down to root depth (normally 30-60 cm). This significantly increases the ability of the soil to retain water and nutrients and host plant-boosting fungi, creating conditions for fertile land. (Moreover, LNC application only takes 7 hours to saturate into the land, whereas the natural process of regeneration from dry to arable land generally takes around 7 to 15 years).

Kristian P. Olesen, the chief technical officer and founder of Desert Control, says, “Liquid NanoClay could be a game changer for farming in arid conditions.” He continues, “We can change any poor-quality sandy soils into high-yield agricultural land in just seven hours.” While the natural process of regeneration from dry to arable land generally takes around 7 to 15 years. The cost of LNC treatment also pays for itself over time, as one application can last for 5 years and reduce the quantity of water used by up to 65%. Additionally, the benefits of treating desert soil with LNC can be directly linked to the Sustainable Development Goals (SDGs), such as Goal 2: Zero Hunger, Goal 9: Industry, Innovation and Infrastructure, Goal 13: Climate Action and Goal 15: Life on Land.

The startup was established in 2017 with over 10 years of R&D. Field tests have been conducted in multiple locations, including Egypt, China, Pakistan and the United Arab Emirates. The field trials conducted in the UAE were particularly important, since the country currently imports around 90% of its food and growing crops in the desert has become a high priority for the UAE to increase food security. Yet despite the long development of the LNC technology, it has only been set on the path to commercial scaling after being independently tested by the International Center for Biosaline Agriculture (ICBA) in Dubai.

Further, in March, another UAE trial was conducted by the team in a plot of desert in Dubai, where watermelon, zucchini and pearl millet were planted. 5 months after the start of the trial, the plot was filled with many rows of green leaves, punctuated with freshly grown fruits and vegetables, showing that this innovative solution can be deployed in what would typically be difficult terrain for agriculture.

With desertification and a rapidly growing world population, the technology of Liquid NanoClay would be an effective solution for increasing food security of many countries in the future. Apart from agriculture and food production, LNC can be further applied in reforestation and projects to reclaim degraded and desertified land, climate impact projects and commercial greenery that require irrigation in areas with sandy soil.

The cost of treatment per hectare of land is high- varying from US$ 1 800- 9 500 depending on the size of the project- making it unattainable for most farmers, however should solutions such as this be scaled to a commercial level, costs will eventually dip to affordable levels, allowing most farmers to reap its benefits.