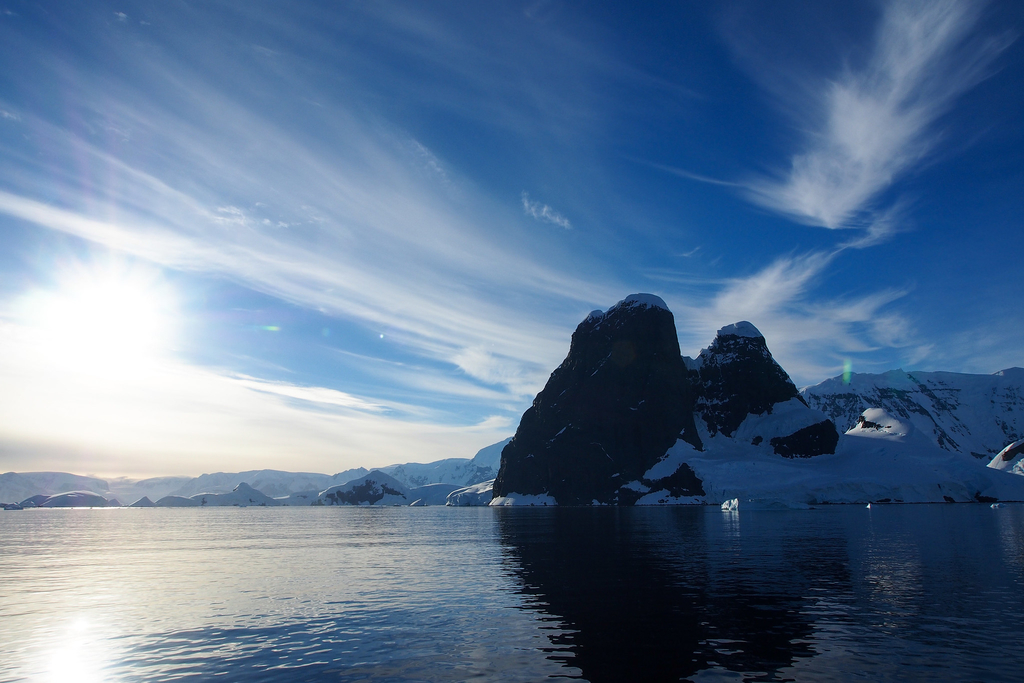 Researchers at the University of Tasmania have found microplastics in Antarctic ice for what is believed to be the first time. 96 pieces of plastic less than 5mm wide were found in a piece of ice core that was drilled in 2009 and had been stored in Hobart, Tasmania.

14 different kinds of microplastics smaller than 5mm were found in the Antarctic ice core, and on average about 12 pieces of plastic were found per liter of water.

Microplastics have previously been discovered in Antarctica’s surface waters, sediment and in snow, but this discovery could mean that the region’s krill- which feed on algae from sea ice- may be more exposed to the plastic, placing them at risk.

Anna Kelly, from the Institute for Marine and Antarctic Studies at the University of Tasmania and lead author of the study, says, “The remoteness of the Southern Ocean has not been enough to protect it from plastic pollution, which is now pervasive across the world’s oceans.”

She added that the concentrations of microplastics found in the ice core in Antarctica were slightly lower than a previous study that found microplastics in Arctic sea ice.

“The microplastic polymers in our ice core were larger than those in the Arctic, which may indicate local pollution sources because the plastic has less time to break down into smaller fibres than is transported long distances on ocean currents,” she says.

The researchers say that they identified fibres of varnish and plastics commonly used in the fishing industry.

The ice core that was drilled in 2009 was taken from ‘fast ice’, immobile ice that forms around the coast. When the core was analysed, the plastics were surrounded by algae that had grown in the ice.

The researchers in the 2009 expedition say that it is unclear whether the toxicity of plastics affects the guts of krill and those animals that feed on them, and have called for more studies to be conducted to understand the impacts of plastics on species relying on sea ice.

Kelly says, “Rather than sinking to the deep ocean, the entrapment of microplastics in sea ice in Antarctica allows them to persist for longer near the sea surface.”

Krill are the basis of the entire Antarctic food web, providing food for penguins, seabirds, seals, fish and whales. Blue whales and humpback whales migrate to the Antarctic from warmer waters every year to feed on krill.

Kelly says, “Plastic contamination of West Antarctic sea ice may be even greater than in our ice core from the east, as the Antarctic peninsula hosts the bulk of the continent;s tourism, research stations and marine traffic.”