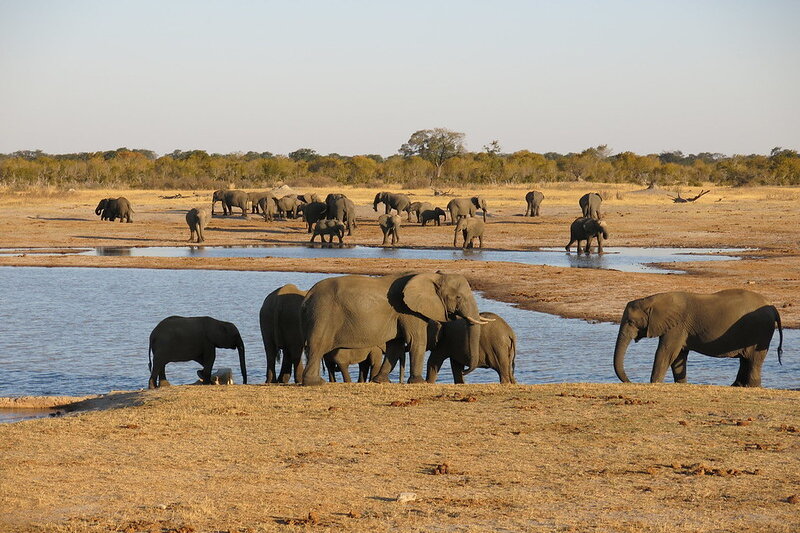 The government of Zimbabwe is reportedly handing out mining concessions to mining companies to develop new coal mines in conservation areas, according to local media. Two Chinese companies have already been granted concessions to explore for coal inside the Hwange National Park, the country’s biggest game reserve.

According to Bhejane Trust, which works with the National Parks and Wildlife Management Authority  of Zimbabwe to conserve the Hwange area, the two mining companies given concessions to operate in conservation areas are Afrochine Energy and the Zimbabwe Zhongxin Coal Mining Group. According to the trust, the concessions are “Special Grants,” which can only be issued by the president, who has previously expressed support for coal.

It added that villagers in Lukosi in Hwange had submitted a petition to the Hwange Rural District Council raising issues of air and water pollution by the mining companies.

Conservationists warn that if new mines are established, it will disturb the habitats of many rare species living in the park, including black rhinos, pangolins and painted dogs, and devastate safari tourism, a vital source of income for local people.

You might also like: Your Search Engine’s Secret: The Billions of Gallons of Water a Year Needed to Power the Internet

Already, conservationists say that surveyors have begun taking samples in the area, which should not be allowed before the companies conduct an environmental assessment. A month prior, the rhino monitoring team of the Bhejane Trust said that it came across a Chinese team drilling for coal without prior consultation with the area manager.

Stephen Long of Bhejane Trust, says, “There is already a lot of Chinese investment in coal in the Hwange area outside the park, much of it grossly polluting. Air quality in parts of Hwange must be as bad as most big cities, probably worse, and it is hard not to feel that the Chinese have already polluted their own country and are now exporting their pollution to poor countries such as ours. Zimbabweans are unlikely to see much benefit from the mines.”

He continues, “When the rest of the world is getting out of coal and recognising the climate emergency, why is Zimbabwe expanding its use of the stuff and planning, according to the president, to use it for decades ahead?”