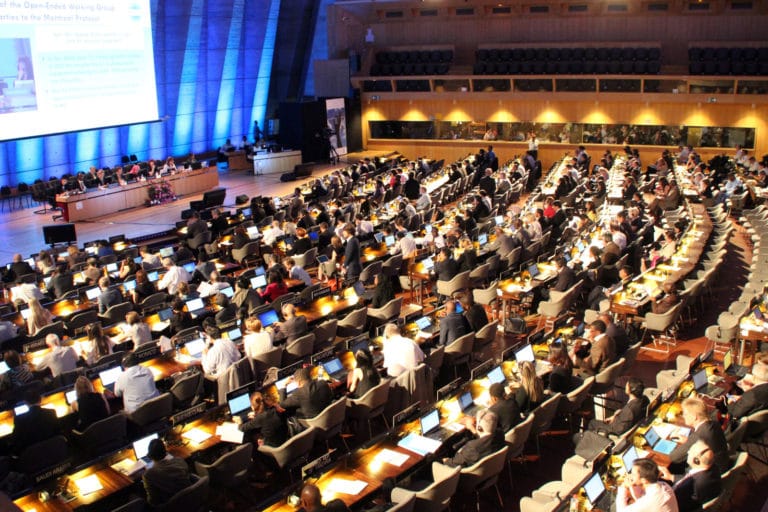 In the early 1970s, scientists first discovered that chlorofluorocarbon (CFC), coolants used in refrigeration and foam production, had the potential to destroy ozone in the upper atmosphere, with devastating consequences. The ozone layer acts as a shield to protect life on Earth from the sun’s damaging ultraviolet radiation. Then in 1985, accumulating scientific research and the first evidence of a widening ozone hole over Antarctica, galvanised the world’s nations. Their delegates came together in 1987 to create the Montreal Protocol, a binding international environmental treaty regulating the production and use of manufactured chemicals damaging to Earth’s ozone layer. Since then, nearly 200 countries have signed on and some 100 chemicals have been phased out or phased down.

When scientists realised in 2016 that the latest generation of refrigerants, hydrofluorocarbons (HFCs), while safe for the ozone layer, were very powerful greenhouse gases, the UN parties added the Kigali Amendment to the Montreal Protocol treaty. Under this agreement, which came into force in 2019, signatories will phase down the production and consumption of HFCs, creating the potential to avoid up to 0.4 degrees Celsius (0.72 degrees Fahrenheit) of warming by the end of the century.

“If we achieve that, then it will be a great contribution to protecting the climate,” says Megumi Seki, Acting Executive Secretary of the UN Environment Programme’s Ozone Secretariat, based in Nairobi, Kenya.

Seki’s work on ozone layer issues started in 1988, and she was one of the staff members of the Ozone Secretariat when it was formally established in 1989. Consequently, she has facilitated various changes and updates which the parties to the Montreal Protocol have introduced to the treaty in the last three decades. 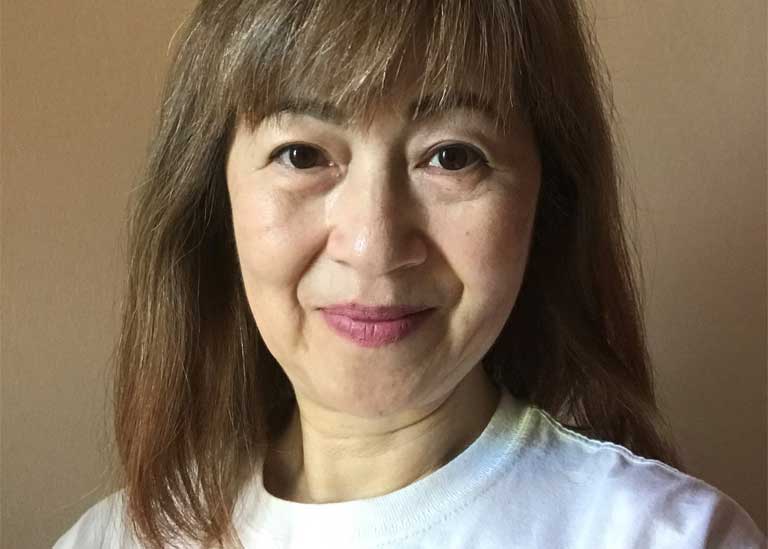 Mongabay: How has the Montreal Protocol treaty evolved over time?

Megumi Seki: The Montreal Protocol treaty has continued to evolve, and we sometimes refer to this as the “start and strengthen” approach.

Mongabay: What factors have made the treaty so successful?

Megumi Seki: There are several elements that have made the Montreal Protocol very successful, such as commitment of the parties and their political will, and the global partnership, including the partnerships between governments, industry, NGOs, and academia.

All these partnerships were of fundamental importance in making sure that everything moved in the right direction through concerted action. The Montreal Protocol and its mechanisms, institutions and provisions including the Multilateral Fund, recognition of special situations of developing countries, the assessment process, science-based policymaking, non-compliance procedure, and so on, are all important elements.

Of course, one key to success was the development and availability of greener and cleaner alternatives to ozone depleting substances [ODS] that were used, for example, as refrigerants, in aerosol sprays and in foams. The Montreal Protocol provided a stable framework that allowed industry to plan their research and innovation and ensured a smooth transition by society. There were benefits for industry in moving away from ODS gases, and the transition to alternatives benefited the environment and industry. If the alternatives didn’t exist, then it wouldn’t have worked. And, of course, universal ratification and full compliance by the parties were essential.

Mongabay: What role has the Multilateral Fund played in the Protocol’s success?

Megumi Seki: The Multilateral Fund was the first of its kind to be established for global environmental protection. It reflects a recognition of the differentiated responsibilities of the parties to implement a global environmental treaty. The developed countries contribute to the Multilateral Fund so that the Fund covers the incremental costs incurred by the developing countries in phasing-out ozone-depleting substances. The Fund and its implementing agencies support developing countries with their phase-out activities.

This is a global partnership that enabled the developing countries to meet their responsibilities, and they were equal partners in meeting their obligations and taking action towards a global goal. So, the Multilateral Fund is definitely a pillar of success of the Montreal Protocol.

Mongabay: It has been found that HFCs are powerful greenhouse gases. Why did the Montreal Protocol parties not recommend a complete phase out of HFCs in the Kigali Amendment?

Megumi Seki: It is a phase-down rather than a phase-out because there are some uses of HFCs where there are currently no alternatives available. For example, HFC-134a is used in metered dose inhalers, and there’s no effective-enough alternative for this use at this time. So, the parties can choose to continue to use HFC-134a because it is not going to be a complete phase-out.

It is a “basket” of HFCs that are being controlled under the Kigali [Agreement], so parties can choose which of the HFCs they want to reduce, so long as they stay within the control limits specified in the control measures. And parties may want to choose to reduce the high-global-warming-potential HFCs because the phase-down amounts and the control limits are calculated on the basis of the global-warming-potential weighted tons.

Mongabay: Why has it been important to implement changes to the Montreal Protocol in stages?

Megumi Seki: It has been a step-by-step, not a cold-turkey approach. The Montreal Protocol has a provision for assessments of the latest information on the science, environmental effects, technology and economics of ozone layer depletion and protection, based on which parties can take informed decisions, including on strengthening of the control measures through adjustments and amendments.

Such assessments are carried out periodically by the three Assessment Panels of the Montreal Protocol in which the world’s renowned scientists and experts participate. Major assessments are carried out at least every four years, and progress and emerging issues are reported to the parties annually. Based on the evolving status and knowledge of ozone layer depletion and recovery, effects of the ozone depletion and climate change, and availability of alternatives, parties take decisions to strengthen the control measures and ensured transition to greener, more environmentally friendly — both climate-friendly and ozone-friendly — substitute chemicals and alternative technologies.

Mongabay: What will it take for the Kigali Amendment to be as successful as the original phase out of CFCs?

Mongabay: Can increasing energy efficiency boost the possible success of the Kigali Amendment?

Megumi Seki: During the evolution of the Montreal Protocol, every time there is a design change in refrigeration and air-conditioning (RAC) equipment, energy efficiency of the equipment has improved. Phase-out of CFCs, and now the ongoing phase-out of HCFCs used as refrigerants, have resulted in significant energy efficiency improvements in the cooling sector over the years.

HFCs have replaced CFCs and HCFCs as refrigerants. Now that HFCs are to be phased down, there is an opportunity to enhance energy efficiency in refrigeration and air conditioning equipment again and that is going to contribute to climate change mitigation.

The Scientific Assessment Panel estimates that up to 0.4 degrees Celsius [0.72 degrees Fahrenheit] warming can be prevented by the year 2100 with HFC phasedown in accordance with the Kigali Amendment. If at the same time, energy efficiency improvements are made, the climate benefit could potentially double.

This article was originally published on Mongabay, written by Jane Palmer, and is republished here as part of an editorial partnership with Earth.Org.