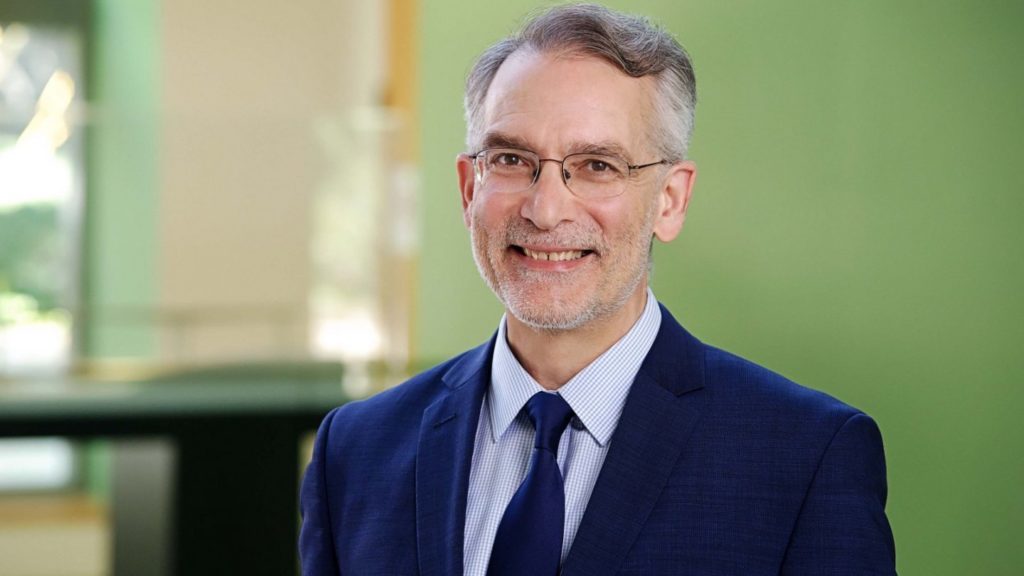 In an exclusive interview with Earth.Org, Michael Celia, Professor of Civil and Environmental Engineering at Princeton University and Director of the Princeton Environmental Institute, explains why carbon capture technology holds the key to fighting climate change in the 21st century.

How Does Carbon Capture Work?

Carbon capture, utilisation, and storage (CCUS) is a lesser-known but strategic component in plans to keep the rise in global temperatures at bay, below the 2-degree goal of the Paris Agreement. The technology, still in an embryonic phase of deployment, mitigates emissions by capturing the CO2 unleashed by the burning of fossil fuels. Yet, despite a number of large-scale projects being underway, a huge gap remains between the current use and its potential worldwide.

In January 2019, Earth.Org sat down with one of the most renowned scholars of CCUS, Professor Michael Celia at Princeton University, who talked about the science, status, and prospects of CCUS around the world. Professor Celia is a subsurface hydrologist who was elected to the US National Academy of Engineering for his pivotal contributions to the field of geologic carbon storage. His recent work includes a proposed system of pipelines linking major carbon sources and sinks in the US. He agreed to walk us through the premises of CCUS technology and unpack its promising future.

Q: Could you briefly introduce your recent work for our readers?

A: It started with a new tax credit in the US for CCUS projects that capture anthropogenic CO2 and store it underground. We were wondering if this tax credit was sufficient to change the behaviour of stakeholders; that is, could building a large pipeline be profitable? The answer is that the cost for capturing CO2 directly from traditional power-plant smokestacks is still too high. However, if we examine sources with lower capture costs such as ethanol refineries, the economics indicate that the pipeline infrastructure can be built. With an investment to over-size the pipeline, it would then be able to accommodate future carbon capture activities associated with larger-scale carbon sources like power plants. Our hope is to see a higher number of larger-scale CCUS projects in the U.S. before the policy expires.

Q: The findings and the message of your paper have important implications for other countries. In particular, they seem to be highly relevant to China, a country with abundant carbon sources as well as possible storage sites. What is your opinion on this?

A: China is extremely important to the entire story. One thing we should keep an eye on is at which level China’s planned national carbon price will be set. Despite a widespread interest in CCUS, we need to appreciate that it is driven by economics—it is always cheapest to do nothing and emit CO2 into the air as long as that does not cost anything. Only an economic incentive like a carbon price on emissions, or the tax credit available in the US, will change behaviour and allow CCUS to develop at large scales.

Q: Our readers are curious about the basic science of geologic carbon storage. Could you explain how scientists estimate the storage capacity and what are the major issues?

A: Basically, we can estimate how much CO2 can be stored in a specific site by assessing the volume of pore space in suitable rock formations deep underground. This volume of pore space if often very large, but typically only a small fraction of the space can actually be accessed by the injected CO2. Also, in addition to the overall volume available, it is important for the rocks to be sufficiently permeable so that the CO2 can be injected at the rate needed to match the rate of capture. This overall dynamic is important to consider. The best study I’ve seen was done by the Massachusetts Institute of Technology (MIT), in which the authors examine not only how much CO2 can be injected, but at what rate. If the injection rate fails to match that of capturing, then only a fraction of the captured CO2 will be able to be injected into the formation, and some other formation will need to be used for the remaining captured CO2.

Q: It seems that one of the key challenges for CCUS is to safely store CO2 without leakage for a very long time. How do scientists address this challenge?

A: CO2 needs to be stored underground for on the order of 1 000 years, to allow the climate system to stabilise appropriately. Such long-time scales for underground storage make direct observation impossible. As a monitoring procedure, we need to take as many field measurements as possible and combine them with different computational models and predictive tools. Leakage is of course an important issue, but our recent studies have shown that leakage along critical pathways involving old oil and gas wells appears to be quite small. This means that large-scale leakages of stored CO2 are not expected to occur.

Q: It is often said that a critical challenge in deploying commercial-scale CCUS is the lack of business cases and the uncertainties in climate change policy. In your viewpoint, what would be the key to the further promotion of CCUS, in terms of technology, economics or politics?

A: Because political actions involving carbon taxes or tax credits is required to make the economics of CCUS tractable, politics becomes an important part of the CCUS story. The good news is that carbon pricing is becoming more widespread, and this will eventually encourage CCUS to move forward. There is also some apparently good news with new technology for carbon capture: A company called NETPower has developed a new power plant that, according to the company, costs no more than a traditional coal-fired power plant while producing a pure stream of CO2 that is easy to capture. It means, with no separation cost, the entire economics of CCUS will change.

Prof. Celia also touched on one central concern: should we pursue CCUS in spite of the small but ever-present risk of leakage, or continue with business as usual and face the consequences of unbridled climate change? He stressed that he saw CCUS as an option which is sufficiently safe and available worldwide to play a key role in fighting climate change.

Sheltering below a temperature increase of 1.5 to 2 degrees Celsius as recommended by the Paris Agreement requires achieving zero net emission by mid-century. All realistic scenarios that account for this eventuality involve an extensive use of this carbon capture technology. Deploying CCUS in combination with renewables would prolong the use of fossil fuels in future energy portfolios without jeopardising the environment, and lead to a practical and cost-effective solution.

Professor Michael Celia’s concluding remarks revealed his genuine belief in this promising technology: “Politics and economics have to play a major role in the development of CCUS. While the timing of that is unknown, given that CCUS is expected to play a major role at some point in the future, as a research community, we need to be prepared for large-scale deployment.”