Not Feeling the Heat: Jellyfish Thriving in Warm Waters 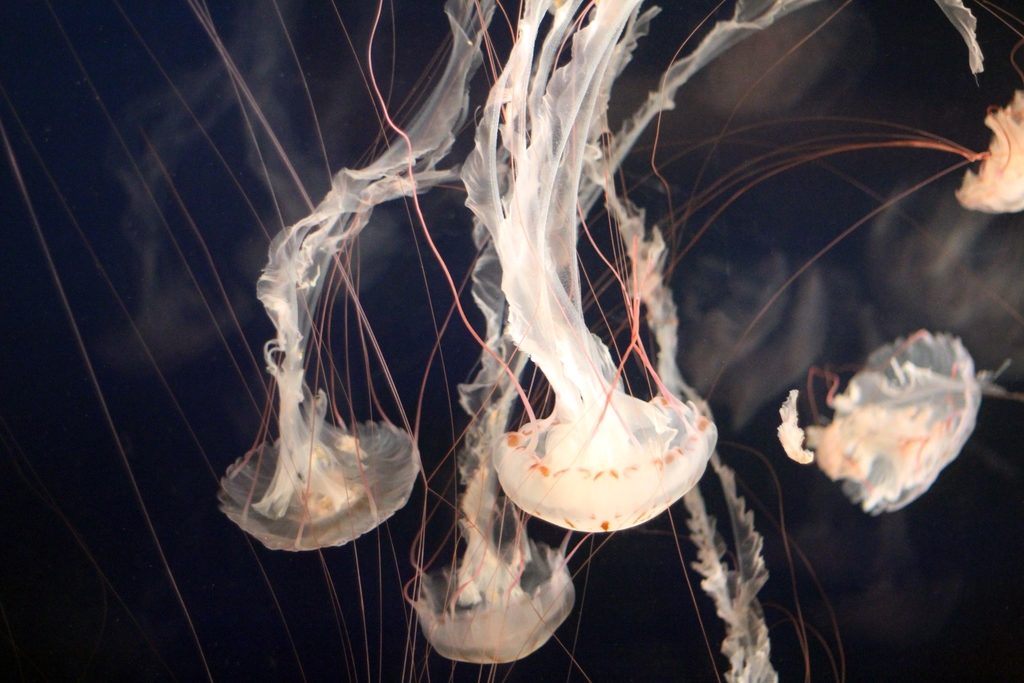 As the world’s climate changes, the rate of ocean warming is accelerating at an unprecedented rate, sea levels are rising and many ocean species are dying out. However, one species not feeling the heat, but is in fact thriving in warm waters spurred on by the climate crisis, is the jellyfish.

Global climate change has been causing a sustained warming of the oceans since 1970. It has likely been happening at an increasingly rapid rate since 1993, and with no reduction in intensity, according to the most recent report by the Intergovernmental Panel for Climate Change (IPCC). Despite this, the jellyfish is thriving in the fertiliser-rich, deoxygenated warm ocean waters.

Putting a number on jellyfish populations is difficult due to a lack of quantitative records. However, a study showed that jellyfish populations have increased in at least 68 ecosystems around the world since 1950 and ‘are one of the few groups of organisms that may benefit from the continued anthropogenic impacts on the world’s biosphere’.

Jellyfish populations fluctuate in blooming cycles naturally. However, the recent growth  is correlated with man-made changes to the environment. Blooms of the giant jellyfish (Nemopilema nomurai), which have historically happened in Japan once every 40 or so years, have become a yearly occurrence since the early 2000s. The animals cause many problems, such as clogging fishing nets, affecting tourism in places that rely heavily on its oceans, stinging people, killing fish by lodging within gills and clogging cooling screens in power plants, amongst others. In June 2018, over 1000 people were stung by jellyfish in a single week in Florida.

Jellyfish are also particularly dangerous near nuclear coastal power plants. To prevent a disaster whereby a swarm of jellies block an underwater cooling system, costly shut-downs, such as in Torness (UK, 2011), or Oskarshamn (Sweden, 2013) are necessary.

The gelatinous animals owe their explosion in numbers to a variety of factors, as outlined in a report by the Union of Concerned Scientists and below.

The warm waters are forcing tropical coral reefs to seek more temperate regions, a migration that has been happening at a rate of 8.7 miles per year since the 1930s. Migrating coral makes way for other marine species- including jellyfish- to extend their habitable territory. This throws the local ecosystems off-balance as jellyfish join the competition for zooplankton, as well as hinder the lives of fish by eating their eggs, larvae and juveniles, according to the Earth Institute of the University of Colombia. Increases in populations of nonindigenous species are possibly the most damaging of all.

Additionally, oceans are dumping grounds for carbon, which further aid jellyfish. IPCC models show that as the concentration of atmospheric CO2 since the beginning of the century has increased, so has the oceanic absorption that has led to warm waters for jellyfish. It is estimated that within this time frame, oceans have absorbed 20-30% of total man-made emissions globally.

The rise of CO2 in the atmosphere means that more CO2 gets absorbed into seawater. This carbon reacts with water molecules to form carbonic acid, which then breaks down into hydrogen and bicarbonate. The presence of all these hydrogen ions this reaction creates causes the water to become more acidic. Gases dissolve more readily in cooler waters and so acidification is more pronounced in the Arctic and Southern oceans. This acidity inhibits coral growth and causes reefs to die off in a process called ‘coral bleaching,’ allowing jellyfish to roam and multiply freely.

Anthropogenic influences significantly impact jellyfish populations. Fertiliser and effluent sewage from land cause oversaturation of water with nutrients, particularly around coastal estuaries – a process known as eutrophication – enabling excessive algal growth. Decaying algae depletes water of oxygen. Jellyfish are able to tolerate low concentrations of oxygen and with plentiful food, they continue to multiply, while other fish suffocate and die. Additionally, coastal development, the building of docks, boats anchored in harbours and underwater infrastructure provide perfect surfaces for breeding jellyfish to attach to in their polyp stage.

Finally, the overfishing of species which prey on jellyfish, such as tuna and sea turtles, means that jellyfish are able to breed undeterred by predators. According to Dr Callum Roberts, a marine biologist and author of the seminal book “The Ocean of Life,” humans take 50% more fish than thought – “a staggering total of about 130 million tonnes a year.” He explains that the issue of fishery mismanagement and the release of misleading statistics can lead us to circumstances ‘beyond our capacity to cope.’

Another aspect spurring on the jellyfish’s population growth is the fact that at least five known species are effectively immortal.

The phenomenon was first observed in Turritopsis dohrnii, the ‘immortal jellyfish.’ Not unlike the mythical phoenix, from the dead body of a jellyfish springs a new one into life.

“When Turritopsis dies its body begins to decay, as it would, but then the cells reaggregate into polyps – it skips to the alternate part of its life cycle, the earlier life stage. These little polyps keep cloning and they can cover an entire dock in a matter of few days! Some types can form whole ‘shrubs’ and when the conditions are right they bloom in vast numbers like flowers and ‘bud off’ baby jellyfish.”

The more common moon jelly has also been shown to defy death. Observing the same ability in both is a surprising, complex and hopeful discovery.

With the rapid expansion of these populations, scientists and policymakers are brainstorming ways of making the animals useful. The GoJelly project proposes employing the creatures’ ability to use their mucus to bind microplastic. The researchers intend to develop a microplastics filter to be used in wastewater treatment plans and in factories where microplastic is produced, which could help prevent much of these particles from getting into marine ecosystems and harming wildlife further.