The verge of another mass extinction: An echo from the remote past thunders in the lab 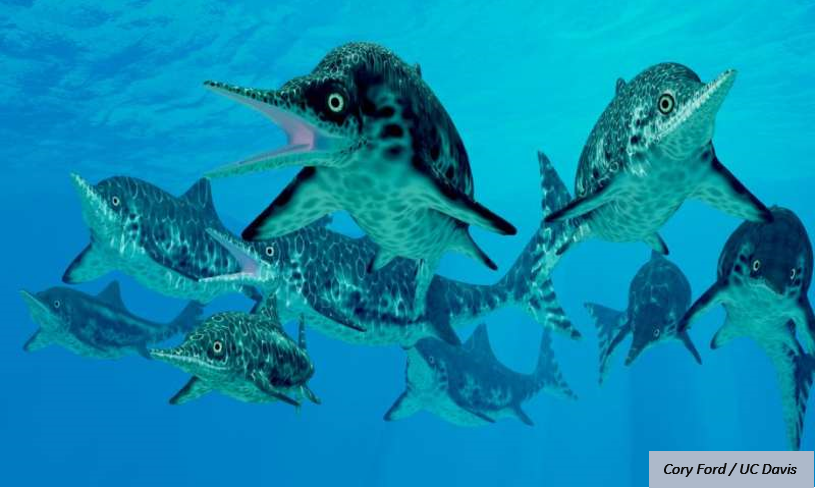 The end of the Permian period, some 252 million years ago at a time when land masses were still combined in the supercontinent of Pangaea, marked the largest mass extinction of life in Earth’s fraught geological history. Over 70% of terrestrial and 96% of marine species were wiped out during the “Great Dying”.

The exact origin of the what made oceans inhospitable to life has been a subject of debate, but new research sheds light on the concatenation of climactic events that ensued and draws parallels with our modern climate change predicaments.

Academics from Stanford University and University of Washington suggest in a piece published on Science that a dramatic warming of global temperatures caused mass extinction in the oceans possibly originating from a series of cataclysmic volcanic eruptions in Siberia.

“This is the first time we have made a mechanistic prediction about what caused the extinction that can be directly tested with the fossil record, which then allows us to make predictions about the causes of extinction in the future,” said Justin Penn, an oceanographer from the University of Washington.

Researchers developed a climate model displaying Earth’s conditions during the Permian period, when ocean temperatures and oxygen levels were similar to today’s.

The team then increased the amount of greenhouse gases in the climate model to the level required to raise tropical ocean surface temperatures by 10°C (as it occurred during the Permian period).

Consequences were dramatic: oceans would have lost about 80% of their oxygen. At deeper depths, around half of the ocean’s seafloor would have become completely oxygen-free.

How would contemporary species cope with such a dramatic turnaround? Researchers measured the oxygen and temperature sensitivities of 61 marine animals – including corals crustaceans, fish, shellfish and sharks.

Their tolerance to high temperature and low oxygen is remarkably similar to their Permian counterparts, as they had evolved under similar pre-cataclysmic environmental conditions.

Geographically, the organisms hardest hit by oxygen changes were those located in cooler waters. While many species that lived in the tropics also went extinct in the model, those at the poles were almost completely wiped out.

“Very few marine organisms stayed in the same habitats they were living in – it was either flee or perish,” said Curtis Deutsch from the University of Washington.

To verify the findings, Jonathan Payne and Erike Sperling from Stanford University analysed late-Permian fossil distributions from an archive of published fossil collections. Fossil records, which include data species’ geographical distribution before and after the cataclysmic upheavals, confirm that species far from the equator suffered most during the event.

“Since tropical organisms’ metabolisms were already adapted to fairly warm, lower-oxygen conditions, they could move away from the tropics and find the same conditions somewhere else,” Deutsch said. “But if an organism was adapted for a cold, oxygen-rich environment, then those conditions ceased to exist in the shallow oceans.”

It took millions of years for the biosphere to regenerate and diversify.

While global warming leading to insufficient oxygen was the cause of over 50% of the marine diversity losses, the authors believe that other changes, such as ocean acidification or shifts in the productivity of photosynthetic organisms, are likely contributing factors.

The study’s conclusions hold a cautionary tale. The calamitous shocks that upended life on Earth in the Permian period were steeper and more dramatic than those we are currently witnessing with man-made global warming. Yet, rising levels of greenhouse gases in the atmosphere leading to warmer temperatures mimic – albeit at a slower pace – the remote past.

“Under a business-as-usual emissions scenarios, by 2100 warming in the upper ocean will have approached 20% of warming in the late Permian, and by the year 2300 it will reach between 35 – 50%,” said Penn.

“This study highlights the potential for the sixth mass extinction arising from a similar mechanism under anthropogenic climate change.”