Orphaned By a Poacher in Zimbabwe, a Black Rhino Calf Returns to the Wild 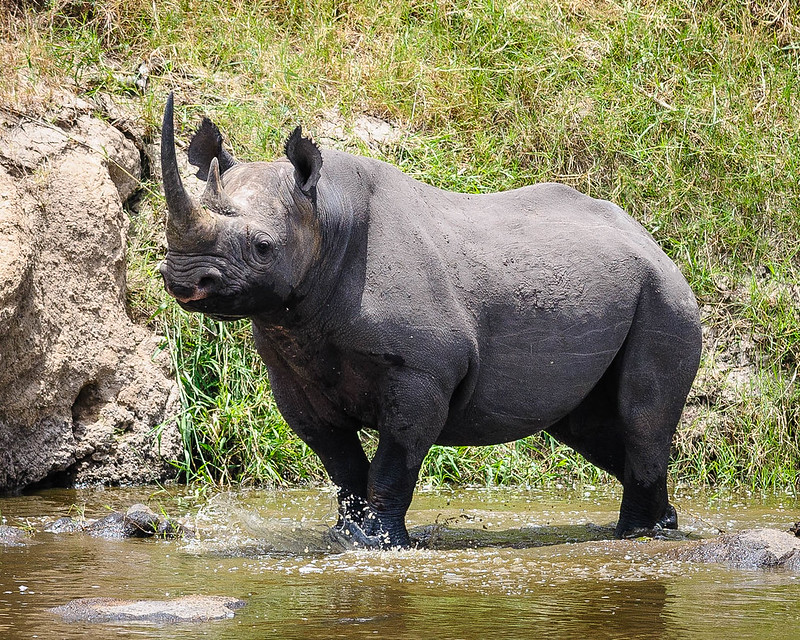 On a routine patrol in July, monitors from the International Rhino Foundation’s (IRF) partner, the Lowveld Rhino Trust (LRT), spotted a young black rhino calf that appeared to be injured, wandering in the bush of the Bubye Valley Conservancy in Zimbabwe. At 16 months old, the female calf had been orphaned after her mother was killed by poachers, injuring her in the process as well. In some good news, the calf- named “Pumpkin”- has since fully recovered and been released back into the wild.

Pumpkin had been shot with a heavy caliber rifle, causing her severe injuries. After being treated, she was taken to specially constructed rhino bomas to continue to be cared for by LRT staff and to recover in safety.

Natasha Anderson, IRF’s Zimbabwe Monitoring Coordinator, says, “This little girl had enough personality and the fight for three rhinos. Although she was obviously scared without her mother and in considerable pain, the LRT team increasingly became more confident that she would recover from her bullet wounds because she was displaying what a fighter she was.”

After six weeks of care from the LRT team in Zimbabwe, the black rhino calf made a full recovery and it was soon time to release her back into the wild.

During her stay in the boma she had been receiving night visits from a wild rhino named Rocky, a former orphan as well. A few days after Pumpkin was released, LRT rhino monitors found her spoor with Rocky’s. “It is likely that they will join up and live together, both finding the company they craved at last since tragically losing their mothers to poaching,” said Anderson.

However, as COVID-19 lockdown restrictions begin to ease in many countries, poaching is on the rise again and with widespread economic losses, more people may be pushed into rhino poaching, the largest threat to rhinos’ survival. A decline in the price for rhino horn, trending downward since 2015, has unfortunately not disincentivised poachers.

Anderson says, “LRT’s monitoring program is crucial. If you don’t know exactly how many rhinos are out there, it’s impossible to determine the level of poaching or its impact on protection efforts.”