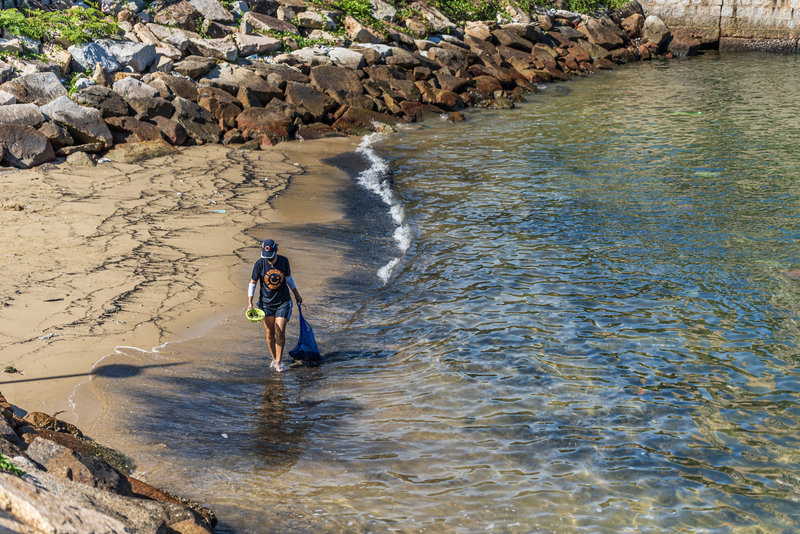 Plastic Free Seas, a Hong Kong-based environmental charity, is calling for an investigation into the source of the black granule microplastics which have been washing up onto the beach in Discovery Bay since late July. A cleanup operation resulted in the recovery of over two tons of the black crumb-like material, as well as other debris.

The NGO has expressed their frustrations with the lack of a coordinated emergency response and investigation by the Environmental Protection Department (EPD) and other departments in Hong Kong. It says that after a 2012 incident in which 150 tons of plastic pellets fell into the ocean from a container ship, as well as a palm oil spill in 2017, this need is ever more important.

While Clean Shorelines, an Interdepartmental Working Group, was set up after the pellet spill, the group focuses on cleanup rather than investigation, penalties and incident prevention.

From an internal investigation, Plastic Free Seas found that the microplastics material appears to be rubber infill used in AstroTurf, similar to that used on the North Plaza pitch in Discovery Bay. Infill from the pitch has been seen in and around storm drains which surround the pitch.

Dana Winograd, director of operations at Plastic Free Seas, says, “Even with the obvious and significant amounts of infill which can be seen in drains less than 200m away from the water’s edge, there is still corporate denial of any responsibility for the problem and there has been no attempt to even remove the infill from the drains to prevent further pollution.” 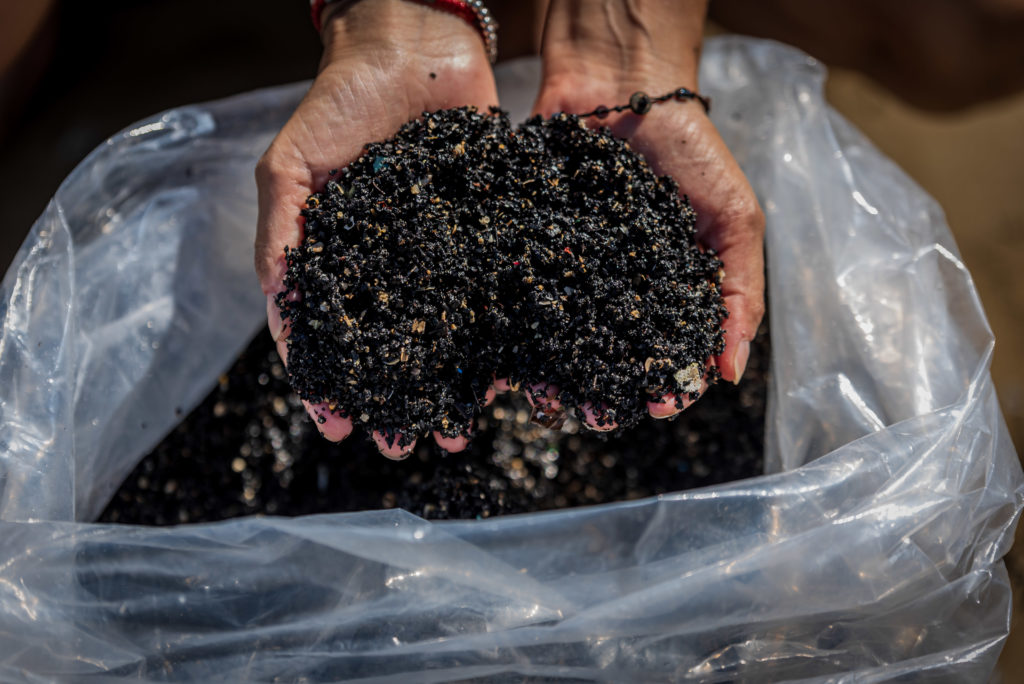 This infill is typically made from ground up tyres, from which chemicals and heavy metals make their way into seawater.

Winograd says, “In the world of plastic marine pollution, there is often too much focus on cleanup and managing plastic pollution and not enough real action taken on prevention. A government investigation is slow and ongoing, and only as a result of a significant push from Plastic Free Seas. We need the government to find out the source of this problem, ensure that the ongoing pollution problem at this pitch is solved, and also to assess all the synthetic pitches in Hong Kong and mandate best practices for management to ensure the rubber crumb infill does not continue to pollute our seas and waterways.”

More broadly, PFS has also urged the government for more transparency and communication with supporting NGOs.

This article comes from the frontline activities of Plastic Free Seas, whose mission is to reduce plastic pollution in Hong Kong and beyond through education and action.

Plastic Free Seas is a Hong Kong-based environmental charity focused on changing the way we all view and use plastics in society today, through education and action campaigns. Learn more at www.plasticfreeseas.org.