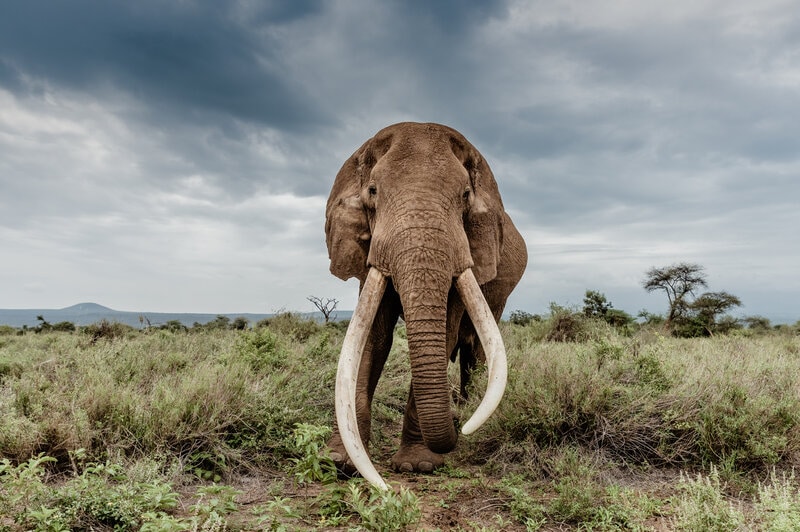 Once known as the world’s elephant killing fields, Tanzania appears to have halted the worst ivory poaching within its borders, making more than 2,300 arrests of poachers and traffickers over five years.

Investigators say that by the beginning of 2020 they had identified and penetrated at least 11 organised wildlife trafficking syndicates and arrested 21 “kingpins” — the high level leaders and organisers of the illegal trade, who profit most from it.

One of those, Yang Fenglan, a Chinese businesswoman known as the ‘Ivory Queen’, appealed her conviction at Tanzania’s High Court last month.

Conservation groups, including the wildlife trade monitor TRAFFIC, said Tanzania previously suffered poaching on an “industrial scale”, leading to a 60% decline in its elephant population in just the five years between 2009 and 2014. The figures, from a government census, equate to a loss of more than 60,000 elephants. The IUCN categorises the African savanna elephant as Endangered.

The government says thanks to the work of a National Taskforce on Anti-Poaching (NTAP), which unites the wildlife and security sectors to target criminal networks, less than a quarter the number of poaching incidents were reported in its National Parks in 2019 than five years earlier. A government report, seen by Mongabay, sets out the specifics of 2,377 arrests.

Elephant populations in Tanzania have risen from 43,000 in 2014 to 60,000 in 2019, according to a presidential statement. More recent figures from the Ministry of Natural Resources and Tourism state that the number of elephants in the Serengeti Ecosystem has risen from 6,087 in 2014 to 7,061 in 2020.

Director of Public Prosecutions Sylvester Mwakitalu told Mongabay that investigators and prosecutors have received a lot of training on wildlife cases in recent years.

“We have done a lot, including a rapid reference guide towards wildlife and forestry crimes, enhancing prosecution-led investigation and parallel investigation principles.”

The national figures given in the government report appear to correspond to other data which suggest that Tanzania is no longer the epicentre of ivory poaching in Africa.

The Environmental Investigation Agency (EIA), a London-based NGO, said in December 2020 that its analysis of ivory seizures suggested that poaching had shifted from East Africa to Central and West Africa in the past five years.

Its “Out of Africa” report said that 87 tonnes of ivory seized worldwide between 1998 and 2014 was linked to Tanzania, making the country the global hotspot for ivory poaching during those years. But it said the picture changed between 2015 and 2019, when just less than five tonnes of seized ivory could be linked to Tanzania. By contrast, the figure for Nigeria during those years was more than 30 tonnes.

The report was compiled using analysis of seizure location, DNA analysis of the ivory, shipping route and the nationality of the suspect.

Mary Rice, Executive Director of the EIA, said that the work of the anti-poaching task force in Tanzania, supported by NGOs including the PAMS Foundation, was “instrumental” in tackling the problem.

“[The traffickers] are fleet of foot, they exploit loopholes and weak governance, and so having international co-operation is key.”

She said that EIA’s undercover work across Africa suggested that trafficking gangs had been forced out of Tanzania to other countries.

“One [ivory] trader actually told our [undercover] guys that they had moved to Mozambique from Tanzania because it was becoming more difficult to operate in Tanzania because they had cracked down. The impact of the work that the task force were doing and beyond was having a positive impact.

You might also like: An Undersea Electric Cable That Will Allow Countries To Trade Clean Energy Starts Testing

Tanzania is developing a strategy of “zero poaching”, according to the report seen by Mongabay.

It says that the National Taskforce on Anti-Poaching (NTAP) had identified and “blacklisted” a total of 3,541 suspects involved in the illegal wildlife trade at different levels since 2015.

But its primary focus has been on those at the highest levels of poaching. The report gives some details of the kingpins identified in its investigations, saying that on average each commanded about  5 to 10 people, consisting of collectors, transporters and middlemen.

It says those at the highest levels often consist of both Tanzanians and foreigners, making them the most complicated syndicates to identify, locate, arrest and prosecute.

Arrest reports suggest that alongside Tanzanians, both Chinese and West African criminal networks are at play in the country, but that the ‘leading players’ are Asian criminal networks, which purchase illegal products locally and export them to Asia.

The EIA’s Mary Rice said it was right for investigators to target traffickers as well as those actually doing the poaching, as often poachers are “abused and exploited”.

But she cautioned that it can be easier for countries to target foreigners than their own citizens.

“It’s easy for countries to go after foreigners, and it feels easier for them to come down like a ton of bricks on those, which they should, but they do not seem to be doing it to their own [citizens]. And that seems to be the missing link, because none of the activities conducted by the ‘Ivory Queen’ or any of the other networks, could take place without the complicity of Tanzanian, or Nigerian or Malawian nationals, or nationals of whichever country they are operating in. You don’t see as many of those going through the court system.”

As well as 14,000 pieces of ivory, Tanzania’s joint task force also seized 25 rhino horns, 29 hippo teeth and 29 “big cat” skins in five years, as well as hundreds of live animals and thousands of tonnes of timber.

He said: “Each stakeholder plays their part, from investigators to prosecutors to the judiciary. We also benefit from strong pieces of legislation and political will.”

This article was originally published on Mongabay, written by Lucy Taylor, and is republished here as part of an editorial partnership with Earth.Org.