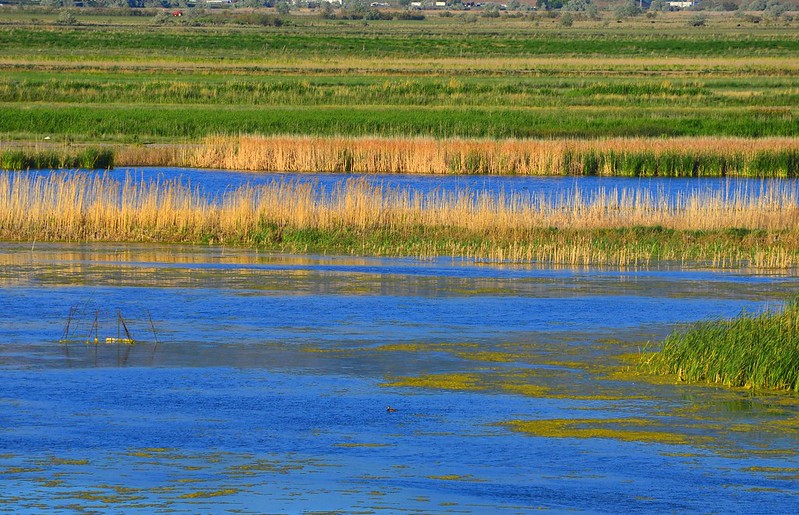 Swamps, sloughs, marshes, bogs, fens; water purification, flood control, wildlife nurseries, nutrient providers, carbon sinks: wetlands have many names and serve many environmental purposes, making their protection vital. But for centuries they have been viewed simply as hindrances to human development, obstacles to drain and dredge to make room for progress.

Few have escaped this pressure. Research indicates the world may have lost as much as 87% of its wetlands over the past 300 years, with much of this loss happening after 1900. But in the mid-20th century scientists started grasping just how ecologically – and economically – important wetlands are, and the global environmental community rushed to protect those that still remained.

The result was the Ramsar Convention on Wetlands, an intergovernmental treaty designed to facilitate conservation, protection and sustainable use of wetlands around the world. Named after Ramsar, Iran, where it was first signed in 1971, the convention today protects 2,413 wetlands encompassing some 2.55 million square kilometers (985,000 sq mi) and has been ratified by 170 countries.

Satellite image of the marshes and mudflats of the Shadegan Wildlife Refuge, the largest wetland in Iran and a Ramsar Wetland of International Importance. The area provides a wintering habitat for a wide variety of migratory birds, and is the most important site in the world the marbled duck (Marmaronetta angustirostris). Image by the European Space Agency via Wikimedia Commons (CC BY-SA 3.0 IGO).

And yet, wetlands are still disappearing. In an article published in the journal Nature earlier this month, researchers Peter Bridgewater at the University of Canberra and Rakhyun Kim at Utrecht University say the convention has not been the protective force it was intended to be.

“Over the 50-year lifetime of the convention, at least 35 percent of wetlands globally have been lost,” Bridgewater and Kim said in a press release.

That number was revealed during the Ramsar Convention’s first-ever Global Wetland Outlook in 2018, which also found that the world’s wetlands were disappearing three times faster than its forests. According to the outlook, the major driving forces behind wetlands loss are climate change, population increase, urbanisation and changing consumption patterns like shifts towards a more meat-heavy diet, which requires the clearing and cultivation of larger areas of land.

Wetlands are among the most biodiverse ecosystems on the planet, on par with coral reefs and rainforests. In addition to supplying vital habitat and “biological supermarkets” for wildlife, wetlands provide important ecosystem services for human communities around the world. They reduce the likelihood of flooding by soaking up excess water from swollen rivers, they filter pollutants from groundwater before it enters aquifers, and they are one of the most effective natural carbon storage systems on the planet. According to the Ramsar Scientific and Technical Review Panel, wetlands store 35% of the world’s land-based carbon – despite covering just 9% of the its surface.

“Without wetlands, the global agenda on sustainable development will not be achieved,” said Martha Rojas Urrego, Secretary General of the Ramsar Convention on Wetlands, in a statement. “We need urgent collective action to reverse trends on wetland loss and degradation, and secure both the future of wetlands and our own at the same time.”

In their article, Bridgewater and Kim acknowledge the Ramsar convention has achieved positive results such as increasing awareness and attracting membership of most of the world’s nations, as well as establishing a global network of Wetlands of International Importance. However, they say it is not really working as intended.

“One of its major flaws is the Ramsar’s site-based approach,” they said, referring to the convention’s focus on the identification and protection of individual wetlands. All too often this protection exists only on paper, Bridgewater and Kim say, explaining that there is generally little on-the-ground change when a site is officially demarcated as a Wetland of International Importance.

“Clearly, expanding the Ramsar list has not been sufficient to improve the conservation status of wetlands,” they write, “although its absence may likely have produced even worse results for wetland conservation.”

To truly protect the world’s wetlands, Bridgewater and Kim say the convention needs to better connect with other global conservation schemes, shift its focus from simply collecting sites to ensuring that those already established are more effectively managed, and implement a more holistic understanding of wetland ecology and hydrology that considers the influence of the surrounding landscape.

“Some structural change in governance and implementation mechanisms is necessary,” they write. “Only more adaptive and dynamic global governance mechanisms will help take global decisions through to implementation and action locally, nationally and regionally; restoring the balance needed between people, wetlands and the rest of their biodiversity in the Anthropocene.”

This article was originally published on Mongabay, written by Luís Patriani, and is republished here as part of an editorial partnership with Earth.Org.