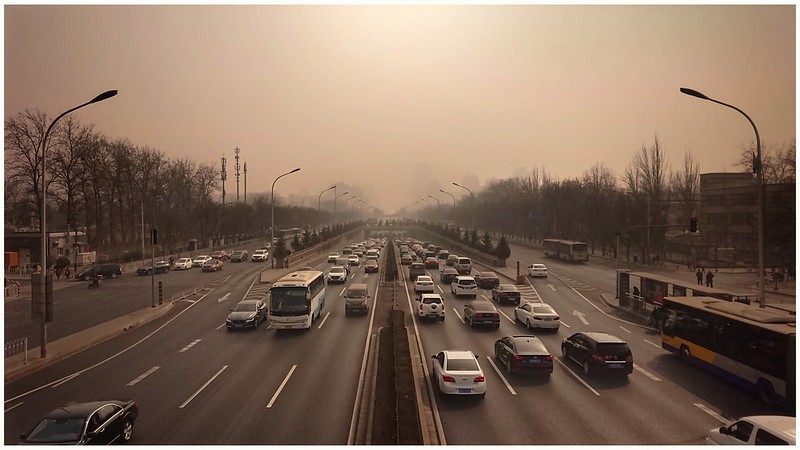 New research has found that a small rise in people’s long-term exposure to air pollution is associated with an 11% increase in deaths from COVID-19. Another recent study suggests that 15% of all COVID-19 deaths around the world can be attributed to dirty air. The studies show the urgent need to reduce levels of air pollution around the world, particularly in virus hotspots, so as to potentially reduce the number of fatalities.

It is important to note that while the available data only establishes correlations, not connections and that further work is needed, the researchers say that the evidence is now strong enough that levels of air pollution must be considered a key factor in handling COVID-19 outbreaks.

The new analysis is based on research reported by the Guardian earlier this year, which has since been reviewed by independent scientists and published in Science Advances journal. The consideration of new data and more factors that may influence COVID-19 death rates refined the rise in deaths from 15% down to 11%. The study considered the impact of a single-unit rise in average particle pollution over 16 years before the pandemic on COVID-19 deaths in 3 089 US counties, covering 98% of the population.

You might also like: Sri Lanka is Sending Hazardous Waste Back to the UK After a Two-Year Battle

It included the 116 747 deaths up to 18 June, when the study was submitted for review, and considered more than 20 other factors, including population densities, state-level stay-at-home orders, hospital bed provision and social and economic status.

Breathing polluted air has already been linked to heart and lung disease, and these illnesses make COVID-19 infections worse. Additionally, short-term exposure to air pollution is known to increase the risk of acute lung infections.

Ideally, to confirm the link between air pollution and COVID-19, a large number of patients could be assessed on an individual level, so that their age, smoking history and other details can be taken into account. However, such data is not yet available so researchers have used data on groups of people. While this may indicate a link, it may hide important individual factors.

Professor Francesca Dominici at Harvard University, who led the analysis, says that there is now enough evidence to act immediately. She says, “We already have an overwhelming amount of evidence of the adverse health effects of fine particle pollution, so even without COVID, we should implement more stringent regulation. But the amount of COVID-related evidence is also big enough now that there is absolutely nothing to lose, and only benefits, to prioritise some of the more vulnerable areas.”

This could include cutting pollution and increasing healthcare and PPE availability in the most polluted places, she says.

The second study, published in the journal Cardiovascular Research, used global air pollution data and studies including the above work to estimate the proportion of COVID-19 deaths attributable to long-term exposure to polluted air.

The team concluded that 15% of worldwide deaths may have resulted from the damage that polluted air causes to the heart and lungs. The team also made estimates for countries and found that 27% of COVID-19 deaths in China are attributable to air pollution, 26% in Germany, 18% in the US and 14% in the UK.

Again, it is important to note that while it is extremely likely that there is a link between air pollution and COVID-19 deaths, more studies are needed to definitively prove so. However, this should guide decision makers in their plans to mitigate air pollution.