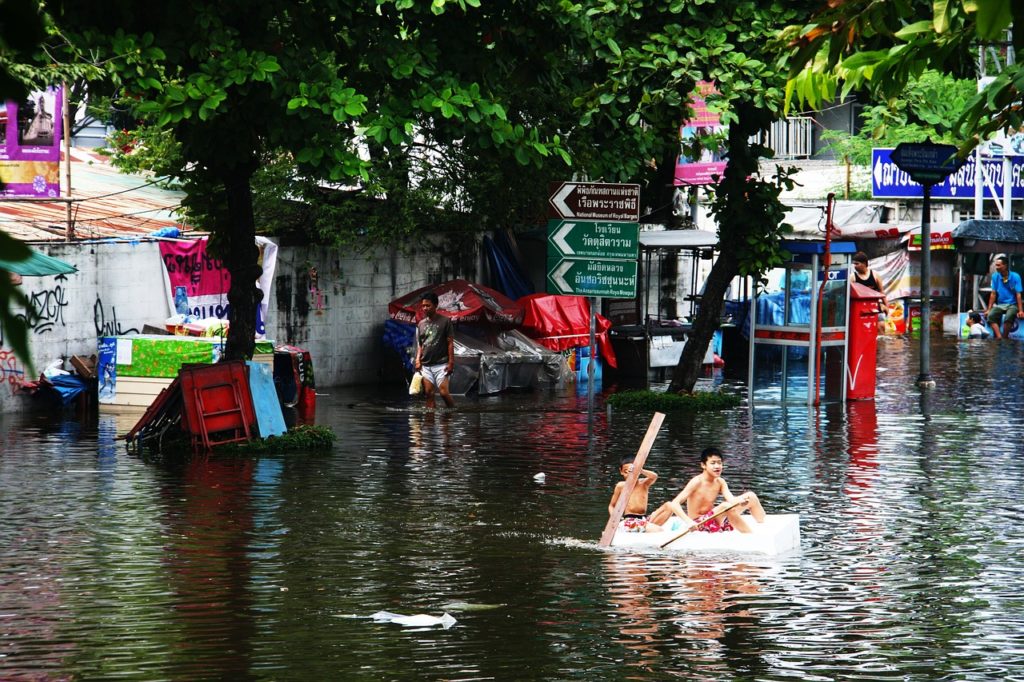 Sea level rising will continue for centuries even if warming was capped at 1.5°C above pre-industrial levels, prescribed in the lower limit of the Paris Agreement, warned the Intergovernmental Panel on Climate Change (IPCC) in its special report in October 2018.

Island nations and countries with high population density and economic activity in low-lying coastal regions are vulnerable to sea level rise, including Asia and the Pacific region, home to around 59% of the world’s population.

The dangers of rising sea levels include land loss from the permanent inundation of low-lying coastal areas, intensification of inundation from storm surges, loss of critical coastal resources such as mangroves, and progressive salinization of soil and water that is harmful to crops.

Arable land throughout low-lying deltas in South and Southeast Asia, which produces 88% of the world’s rice supply, is under threat from rising sea levels. Most of the rice is a staple food for domestic consumption.

How much are sea levels rising?

Not all countries are equally vulnerable – China and Indonesia are the countries at the highest risk of permanent inundation.

Low-lying Mekong and Red River Deltas communities are also among the most vulnerable regions. Around 11% of Vietnam’s population are at risk if sea levels rise by one meter and an alarming 26% percent if they rise by three meters.

On a city level, Manila, Jakarta, Bangkok, Ho Chi Minh City, Yangon, Surabaya, Makassar, and six other cities in the Philippines are among the top 25 cities at risk of a storm surge following a 1m sea level rise.

In East Asia, the Asian Development Bank estimates the costs of rising sea levels at US $864 billion– referring to the assets of 23 East Asian cities vulnerable to flooding and exposed to inundation by 2100. In South Asia, the mean cost for Indonesia, the Philippines, Thailand and Vietnam could be equivalent to losing 6.7% of combined GDP each year.

The eye-opening report highlights just how vast the economic costs of rising sea levels will be for infrastructure, industries, coastal zones and agriculture across Asia.

The aforementioned studies by the World Bank and ADB are valuable in targeting vulnerable coastal regions in need of resource allocation and high-impact adaptation measures.

In Bangladesh, multiple technical studies are informing coastal area management initiatives beyond the region. The World Bank is examining the role of mangroves and embankments to protect coastal areas from storm surges, the impacts of progressive salinisation on agriculture, the spatial and temporal variations in cyclonic storm impacts, among others.

Despite its considerable progress, however it faces continuous challenges associated with climate change, with worsening floods, massive erosion and fresh water shortages. Two-thirds of the country is less than five meters above sea level.

In light of the on the latest data on rising sea levels and its severe impact in Asia, immediate planning for adaptation and targeting resources at the local-level is more urgent than ever.