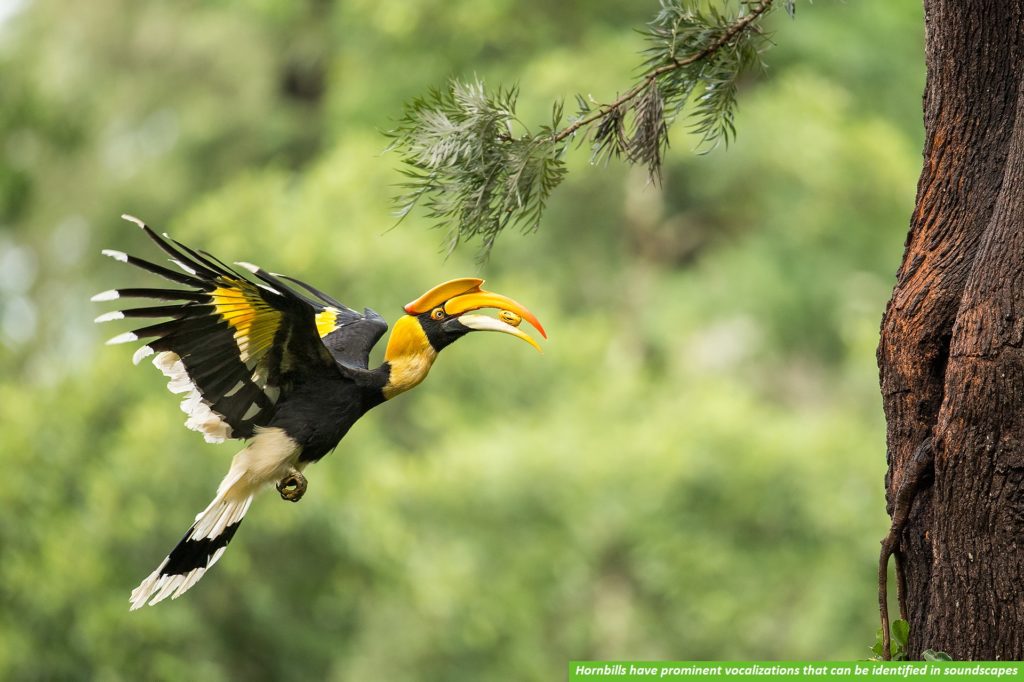 Attempting to measure changes in biodiversity due to natural degradation is a persistent challenge. Satellites can detect if deforestation has occurred, but images from space, if taken alone, can’t properly capture all aspects of forest degradation.

Forest degradation in fact, refers not only to the loss of green canopy, but extends to wider aspects like soil quality, local fauna, and changes in the biosphere.

To be effective in this regard, satellite imaging needs to be accompanied by detailed ground-level data. Field surveys can calibrate findings but they are laborious, expensive, cover limited ground, and may be affected by the biases of individual note takers.

But a new strategy is gaining ground to measure the impact of forest degradation on animals. What about listening to a forest, instead of looking at it?

How does bioacoustic technology measure biodiversity?

Advocates claim the use of bioacoustic technology can detect and classify animals by their vocalisations. Bioacoustics refers to the sounds produced by living organisms: check out this free catalogue released by Yellowstone National Park, for example, which features sounds across nearly 9,100 square kilometers of wilderness.

A joint team from Princeton University, Queensland University of Technology and The Nature Conservancy in South Brisbane began recording tropical forest soundscapes in the Adelbert Mountains of Papua New Guinea in July 2015.

After completing several multiyear recordings, they maintain that recording soundscapes is a “cheap, objective, reproducible and effective tool” to observe and measure changes in biodiversity.

Their findings were published online in Conservation Biology January 2019 issue.

Acoustic recorders, practical and inconspicuous, detect animal calls and song from several hundred meters away. They are able to record both at intervals or continuously – given sufficient cellular network signal and solar power to directly transmit the data to an online cloud storage.

In the future, bioacoustic data can be reanalysed with improved artificial intelligence algorithms to unearth new patterns and insights.

As bulldozers and tractors crash through pristine forests, analysis of these human-made sounds can shed light on how machinery affects natural habitats. They can track illegal human activities, from the gunshots of poachers to chainsaws noises produced by outlaw loggers.

In areas where hunting is widespread, the recordings could determine the prevalence of endangered species using individual species recognition algorithms.

Bioacoustics also has the potential to prove zero-deforestation commitments. In Brazil, companies are legally obliged to protect parts of their concessions from deforestation, but precise definitions of zero-deforestation are often unclear. Bioacoustics can fill in this information gap by tracking a more complete level of biointegrity of those forests.

Looking ahead, storage and processing of the enormous acoustic datasets will be critical. The development of a global data hosting and analysis platform- along with an international organisation to host it- can pave the way for direct and ongoing soundscape analysis, spearheading conservation efforts and making it easier to measure biodiversity in a given area.