Enrique Razon, the Philippines’ second-richest person, outlined a proposal to build the world’s biggest solar-and-battery facility. The plan – executed by the company Solar Philippines – would allow the country to avoid burning the equivalent of 1.4 million tons of coal a year.

Solar Philippines – Southeast Asia’s largest solar company – is partnering up with shipping and casino magnate Enrique Razon to build a massive solar-and-battery facility. The combination between cheap panels and energy storage would help alleviate one of the major disadvantages of solar energy: its dependence on daylight to generate electricity.

Last week, Razon’s holding company Prime Infra said in a statement that the facility – the ‘world’s largest’ solar project – will have 2,500 to 3,500 megawatts (MW) of photovoltaic panels – which will be built along with Solar Philippines Power Project Holdings – combined with 4,000 to 4,500 megawatt-hours (MWh) of battery energy storage systems.

The company’s chief executive officer Guillaume Lucci described the project as “a model of dependable renewable energy”, saying it would be transformational for the nation’s renewable energy landscape – the Manila Times reported. “We are delighted to move forward on this record-breaking project that highlights solar power’s important contribution to strengthening the country’s energy security,” he said, adding that Prime Infra was looking to take advantage of a steep decline in solar installation costs over the past decade and improved battery energy storage system technology.

Despite lacking details on location and costs, the facility is expected to be operational between 2025 and 2026. If everything goes as planned, it could supply enough electricity to displace 1.4 million tons of coal or 930,000 litres of oil a year. 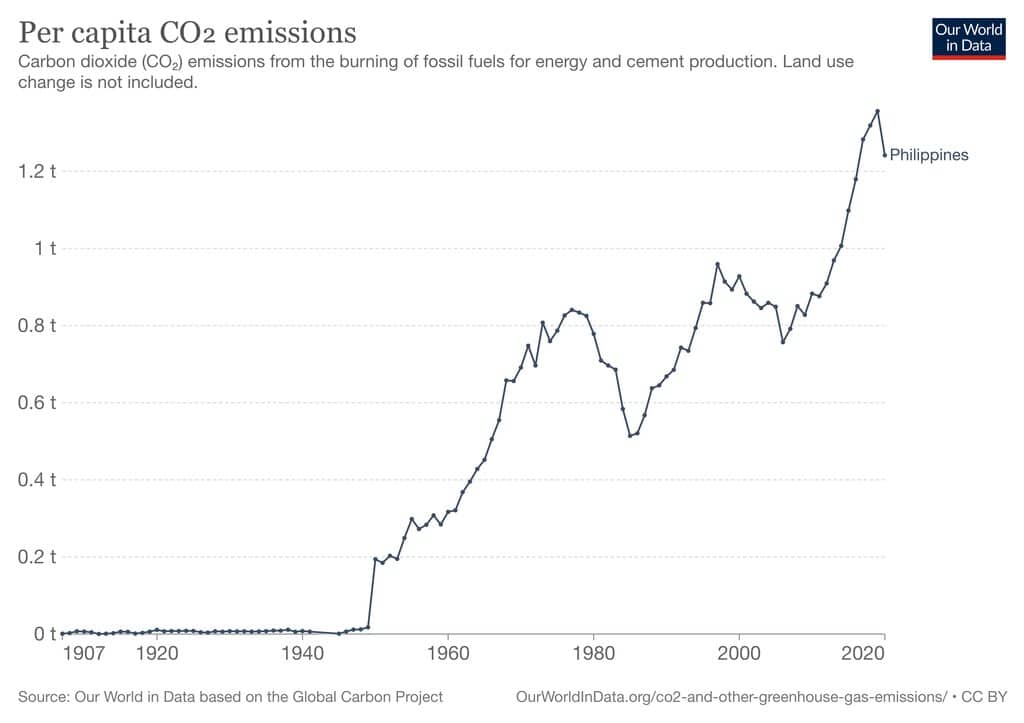 According to Bloomberg, the Philippines gets nearly 57% of its electricity from coal, burning the equivalent of 29 million tons of high quality fuel. Renewables currently account for 24% of the energy mix. Despite lacking a net-zero target, the National Renewable Energy Program (NREP) set out a goal of 35% share of renewable energy in the power generation mix by 2030 and 50% share by 2040.

After a decade-long upward trend, CO2 emissions in the Philippines started decreasing in 2020. Last year, the government announced  it was revising up its target to cut greenhouse gas emissions to a 75% reduction by 2030 under its commitment to the Paris Agreement on Climate Change, up from a target of 70% set four years prior. Given that the country’s emissions come in large part from burning of fossil fuels, the new solar project has the potential to be a key driver in delivering a low-carbon future.