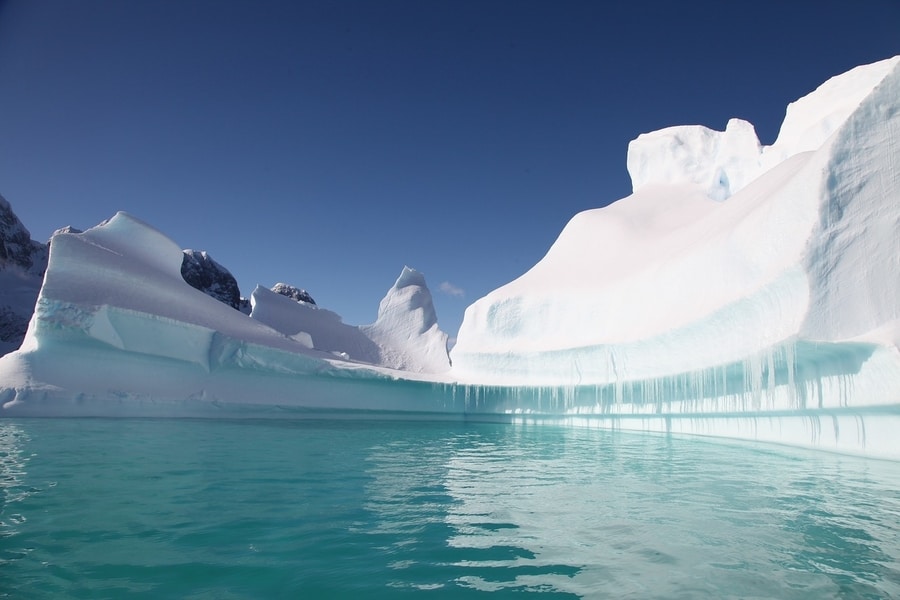 A new study has found that the South Pole warmed at a rate three times the global average over the past three decades. Temperatures at the Amundsen-Scott research station in Antarctica rose by 1.8 degrees Celsius between 1989 and 2019; by comparison, global temperatures rose 0.5 to 0.6 degrees Celsius during the same period. This warming of the South Pole, one of the coldest and most isolated places on Earth, shows that it is starting to feel the impacts of the climate crisis.

Published in the journal Nature Climate Change, researchers at Victoria University of Wellington in New Zealand analysed 60 years of weather station data and used computer modeling to determine the cause of the accelerated warming. They determined that warming at the South Pole happened at a rate of 0.61 degrees Celsius per decade, and was caused by warm ocean temperatures in the western tropical Pacific Ocean and anthropogenic global warming driven by greenhouse gas emissions.

These warmer ocean temperatures had lowered atmospheric pressure over the Weddell Sea in the southern Atlantic over the decades, which increased the flow of warm air directly over the South Pole.

Previously, the Antarctic plateau had been cooling while global temperatures were rising, but the researchers found that this is no longer the case. Kyle Clem, a polar scientist and lead author of the study, says, “The South Pole is now one of the fastest warming regions on the planet, warming at an incredible three times faster than the global average rate.”

While human-caused climate change also likely played a role in this warming, it is not clear to what extent and the researchers have found that the dominant driving factor is likely to be the natural swings in Antarctica’s climate.

The researchers attributed the change to a phenomenon known as the Interdecadal Pacific Oscillation (IPO). The IPO cycle typically lasts for roughly 15-30 years and alternates between a ‘positive’ state- where the tropical Pacific is hotter and the northern Pacific is cooler than average- and a ‘negative’ state where the opposite occurs. The IPO flipped to a negative cycle at the beginning of the century, leading to a flow of warmer air right over the South Pole.

What is the General Climate in the South Pole?

While temperatures at the South Pole still generally range from -50 to -20 degrees Celsius, the study shows that even the coldest and most isolated parts of Antarctica are starting to feel the impacts of the climate crisis. The study illustrates how complex the Antarctic climate is and how it is influenced by climate cycles in completely different regions of the world. Climate change in the region is difficult to determine as different regions of the continent often experience different climate trends at the same time.

For example, while the South Pole was cooling in previous decades, West Antarctica and the Antarctic Peninsula was melting; now that the South Pole is heating up, warming on the peninsula has declined. Additionally, sea ice in the Southern Ocean was expanding for most of the last 35 years, but from 2014, this reversed and scientists aren’t entirely sure why, although they have postulated that these shifting patterns could be due to natural climate cycles, like the IPO or El Niño, and the influence of the climate crisis on oceanic and atmospheric currents around Antarctica.

Unfortunately, these natural climate variabilities make it difficult to link human-caused climate change and global warming. Nevertheless, it is still vital to decrease greenhouse gas emissions as Antarctica’s seaside glaciers are rapidly melting from the bottom up as warm ocean water seeps beneath the ice, which could have disastrous impacts on rising sea levels globally.