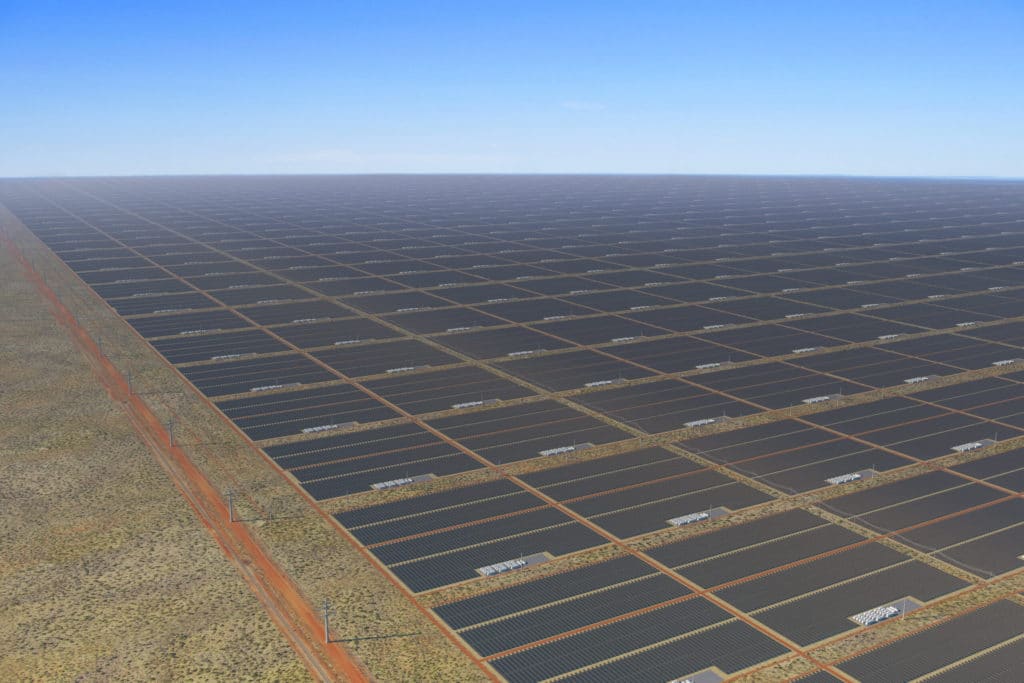 Two of Australia’s richest men are teaming up to invest in what is set to be the largest solar energy project on the planet: an enormous solar park and battery that will deliver electricity from Australia to Singapore via a 5,000km underwater transmission line. The project will cost over US$30 billion and, once completed, it will be able to supply Singapore with up to 15% of its energy needs. The Sun Cable could mark the beginning of a new era of international, cross-continent electricity trade and inspire a whole wave of new green industries.

Mike Cannon-Brookes is a rockstar investor-activist. His 2017 tweet and US$50 million investment led to Elon Musk building the world’s largest lithium battery in South Australia. In 2022, he orchestrated an US$8 billion bid to buy Australia’s largest energy company with the sole intention of accelerating the shutdown of its coal power plants and transitioning to renewables. After the bid failed, he bought a minority share of the company in order to successfully block a demerger. This led to the resignations of the company’s CEO and Chairman – an act that has been described as one of the greatest achievements of climate-related, shareholder activism in history.

The co-founder of software giant Atlassian, with an estimated net worth of US$27 billion, is now backing another game-changing idea: the Sun Cable, the world’s most ambitious solar generation and transmission project.

The visionary solar energy power plant will link Australia’s Northern Territory outback to the capital city Darwin and then to Singapore. The scale of the Sun Cable project is mind-boggling. It is estimated to cost over $30 billion and, when completed, it will be able to generate up to 20 gigawatts of electricity. For reference, this is roughly the same amount as the current electricity production of the whole of New South Wales, a state with a population of over 8 million people.

The initial capacity was set to be 14 gigawatts, but the ambitions have been upgraded by 40%. The proposal also includes up to 42 gigawatts hours of battery storage, making it the world’s largest battery.

The solar farm will be built on a 12,000-hectare site about 600 kilometres from Darwin, in what is said to be one of the most consistently sunny places on Earth. It will run electricity to Singapore via a gargantuan 4,200-kilometre underwater cable, where it will supply a whopping 15% of Singapore’s electricity needs.

The Sun Cable is one of the many investments Cannon-Brookes is making in the fight for a safe climate future. He and his wife recently pledged US$1.5 billion of their personal wealth to financial and philanthropic investments aimed at tackling climate change. Their family office, Grock Ventures, has made 36 investments into companies like Antora Energy, and Soil Carbon Co, as well as a green loan company, a maggot-fuelled food fighting robot, and the bamboo toilet paper social enterprise, Who Gives A Crap.

The Sun Cable project will be almost ten times the size of the largest solar power station that exists today – the Bhadia Solar Park in India – and the battery will be up to 30 times larger than the world’s current largest battery, and it will need one of the largest capital raises in Australia’s history.

A proportion of the project’s energy will be consumed locally in the Northern Territory, while part of it will be exported to Singapore and Indonesia.

Once operational, the sun cable is estimated to deliver $2 billion worth of energy annually, roughly equivalent to the value of Australia’s entire 2021 dairy exports.

Twiggy Forrest – founder of mining company Fortescue Metals and one of Australia’s richest men – also pledged to invest millions of dollars in the project. Forrest, who generated a great deal of his wealth from iron ore, has turned the majority of his attention to green hydrogen. He plans to produce 15 million tonnes of renewable green hydrogen annually by 2030, a vision that could require three times Australia’s current energy consumption.

It is hoped that the enormous amount of energy generated from the Sun Cable will also help fuel green energy industries like green steel, green hydrogen, and ammonia.

Sun Cable is expected to cut around 11.5 million tons of CO2 from the atmosphere – around the equivalent of removing two and a half million cars from the road. The team behind project says that it will begin construction in 2024, and start to deliver electricity to Darwin in 2026 and to Singapore by 2027.