Egypt, Ethiopia and Sudan are unable to resolve a dispute over water rights amid the development of the Grand Ethiopian Renaissance Dam in Addis Ababa on the Blue Nile river. Seasonal rains are starting to fill the dam, which is set to become Africa’s largest hydroelectric power plant and two-thirds of the dam has already been built, prompting researchers to urge the countries to move faster to resolve the conflict.

What is the Grand Ethiopian Renaissance Dam?

Half a century in the making, the US$4.8 billion project is a source of national pride as it will be able to generate 6 000 megawatts of electricity to tens of millions of Ethiopians. The infrastructure, which was paid for through taxes, promises reliable electric power, a boost for industry and new jobs, components which are critical to nearly half of the country’s population who lack access to electricity.

For Egypt, however, the dam is raising concerns over how it will affect the Nile River. Over 90% of Egypt’s nearly 100 million people live along or around the Nile, which supplies most of the country’s water. Egypt fears the dam will disrupt the Nile’s flow of water, particularly during times of drought, affecting the lives of many who depend on it. Currently, only Egypt and neighbour Sudan have any rights to its water, further complicating efforts at diplomacy. However, this control depends on what comes downstream, over which it has no control.

Egypt, Ethiopia, and Sudan are currently unable to reach an agreement on how to share the water among the three countries, the measures that should be enforced to protect the Nile’s flow of water, and what will happen in the event of a drought.

The nations have resolved some key issues, however, including the volume of water and time needed to complete the fill. However, there is still disagreement as to what would happen in the event of a drought, as well as some other technical and legal issues.

In the case of a drought year, the filling period would extend to seven years, but they have yet to agree on what to do in this case. The countries have agreed that when the flow of Nile water to the dam falls below 35 to 40 billion cubic meters per year, that would constitute a drought. In such an event, Egypt and Sudan want Ethiopia to release some of the water in the dam’s reservoir. Representatives of both countries say that this would still allow Ethiopia to continue generating electricity, but Ethiopia wants the flexibility to decide how much water to release during drought conditions because more water equates to more power per unit of water.

On July 15, Seleshi Bekele, Ethiopia’s minister of water and irrigation, is reported to have said on state television that “the filling of the dam doesn’t need to wait until the completion of the dam,” leading many to believe that Ethiopia has begun filling the dam. However, the government clarified that the flow of water into the reservoir was because of heavy rainfall and runoff.

Egypt has previously said that if Ethiopia needs electric power, then it should involve a third party, such as the World Bank, in financing Ethiopian power stations. Alternatively, Egypt could potentially share electricity with Ethiopia, similar to its arrangements with Sudan. Egypt says, “One nation’s need for electricity is pinned to another nation’s need for water.”

An Attempt at Diplomacy

Egypt, Ethiopia and Sudan have been engaged in years of negotiations and talks which have failed to produce a deal that satisfies the three nations.

On June 26, following another round of negotiations, Egypt, Ethiopia and Sudan pledged to reach a deal within two weeks- in which Ethiopia agreed to withhold from filling the dam during the period. As July and August are regarded as the summer’s ‘rainy season’, Ethiopia is eager to start filling the reservoir in order to maximise utilisation of the forthcoming rain. From the perspective of the Ethiopian government, if it misses the summer’s rainy season, the country would have to wait another year to start filling and operating the dam.

Abiy Ahmed, the Ethiopian prime minister, stated his country was ready to “mobilise millions” in order to defend the dam, while Abdel Fattah al-Sisi, the Egyptian president, stressed Egypt would do anything to protect the rights of the Nile river. In the past, Egypt has said that any attempt by upstream nations to take what it regarded as Egyptian water would result in war.

An official water-sharing agreement does not exist between Ethiopia and Egypt. Under the 1959 Nile Waters Agreement between Egypt and Sudan, Egypt extracts 55.5 billion cubic meters of water from the Nile annually, and Sudan 18.5 billion. This agreement was established not long before Egypt began constructing the Aswan High Dam, the country’s own ‘mega dam’. Ethiopia, however, was excluded from the negotiations that constructed the agreement, and for that reason, does not recognise it.

The tension between the countries has been described as toxic- Egypt has accused Ethiopia of stealing their water supply with the intention of drying up their country, and Ethiopia has portrayed Egypt as a neo colonial power treading on national sovereignty.

Egypt wants to establish a thorough deal to mediate the filling and operation of the dam that would include agreed upon drought mitigation measures.

In February, Ethiopia dismissed an agreement produced by the US and the World Bank, following talks in Washington, on the premise that the deal was biased towards Egypt.

Ethiopia has previously stated that it will ‘cause no significant harm’ however dismissed the notion of being bound by agreements that could govern how it operates the dam. William Davison, Ethiopia analyst at the International Crisis Group, says, “Ethiopia feels no compulsion to sign anything that could potentially disadvantage it in the future” and that “Egypt and Sudan on the other side want something that is as detailed and as binding and long-lasting as possible.”

UN Involvement in Pressing for a Deal

In May, Egypt sought help from the UN Security Council to press Ethiopia to produce a deal. Sameh Shoukry, the foreign minister of Egypt, said in a speech to the Security Council, “the unilateral filling and operation of this dam, without an agreement that includes the necessary precautions to protect downstream communities . . . would heighten tensions and could provoke crises and conflicts that further destabilise an already troubled region.”

Egypt wants the final deal to have the status of any other international treaty, and would prefer a third party, such as the Afircan Union (AU) or UN, to intervene should any disputes arise. Ethiopia, on the other hand, wants disagreements to be settled between the riparian states without the involvement of foreign parties.

Talks resumed over the Grand Ethiopian Renaissance Dam on August 3, but there are no updates as of yet. Follow Earth.Org for updates. 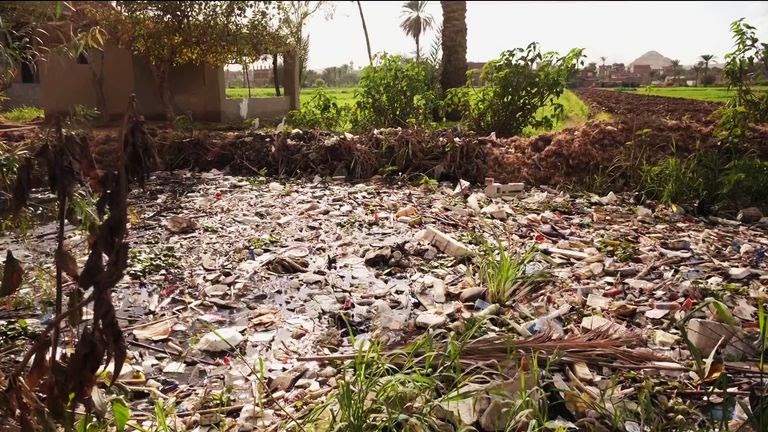