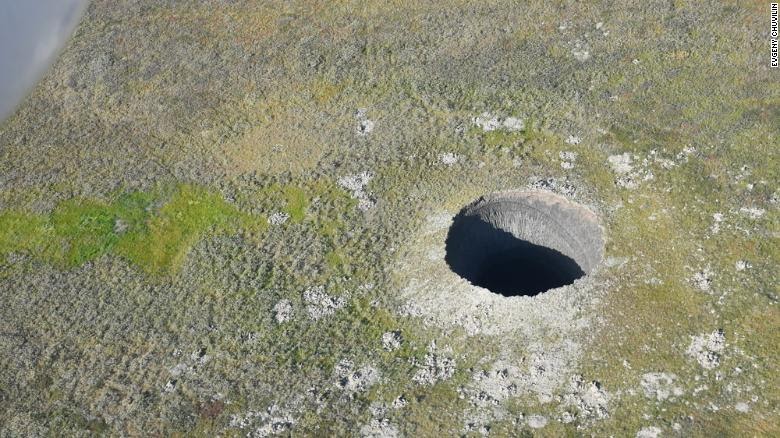 Siberia is experiencing a prolonged heatwave, with unusually high temperatures linked to wildfires, a huge oil spill and a plague of tree-eating moths. Climate scientists have said this heatwave is ‘undoubtedly alarming’ and will push the world towards its hottest year on record.

Russian towns in the Arctic circle have recorded extraordinarily high temperatures, with Nizhnyaya Pesha hitting 30℃ on June 9 and Khatanga, which usually has temperatures of around 0℃ this time of year, hitting 25℃ on May 22. The highest temperature recorded previously was 12℃.

Throughout May, temperatures in parts of Siberia were up to 10C above average, according to the EU’s Copernicus Climate Change Service (C3S). The Danish Meteorological Institute said that these abnormal temperatures seen in north-west Siberia would be likely to happen once in 100 000 years without anthropogenic climate change.

Freja Vamborg, a senior scientist at C3S, says, “Although the planet as a whole is warming, this isn’t happening evenly. Western Siberia stands out as a region that shows more of a warming trend with higher variations in temperature. So to some extent large temperature anomalies are not unexpected. However, what is unusual is how long the warmer-than-average anomalies have persisted for.”

Temperatures in the polar regions are increasing fastest because ocean currents carry heat towards the poles, melting reflective ice and snow rapidly.

From January to May, Russia experienced record high temperatures in 2020, with the average temperature 5.3℃ above the 1951-1980 average.

Russian president, Vladimir Putin, commented on the heat, saying that some cities in Russia were built north of the Arctic circle on permafrost.

Causes of the Siberia Heatwave

Thawing permafrost is partly to blame for an oil spill in Siberia this month that prompted a national emergency being declared by the government. According to its operators, the supports of the storage tank suddenly sank, while green groups have also blamed poorly maintained infrastructure.

Wildfires have also torn through Siberia’s forests, ravaging hundreds of thousands of hectares. Fires are often started in the spring to clear vegetation, however high temperatures and strong winds associated with the heatwave in Siberia caused some fires to burn out of control.

Additionally, swarms of the Siberian silk moth, whose larvae eat conifer trees, have grown rapidly in warming temperatures. These larvae strip the trees of their needles and make them more susceptible to fires.

The planet is set to record its hottest year on record in 2020, despite a temporary dip in carbon emissions due to lockdown measures from the COVID-19 pandemic.

A record number of wildfires in the Amazon are consuming the world’s largest tropical rainforest.

Thousands of wildfires are ravaging the Amazon rainforest razing woodlands the size of one and a half football fields every minute of every day. The blazes are so large that plumes of smoke are visible even from space, and have wafted thousands of miles to the Atlantic Coast plunging Brazil’s largest city São Paulo into darkness in the middle of the day.

Brazil’s National Institute for Space Research (INPE) reports that as many as 39,194 fires have been detected in the rainforest so far this year — a 77% increase from the same period in 2018.

Burning the lungs of the planet

The Amazon is the largest, most diverse tropical rainforest on Earth, covering an area of 5.5 million sq km. It accounts for more than half of the world’s remaining rainforests and is home to more than half the world’s species of plants and animals. It absorbs around 2.2 bn tons of carbon dioxide annually and produces about 20% of the planet’s total oxygen.

But over the last 40 years, it has been increasingly threatened by deforestation and man-made wildfires. This year, the Amazon saw a sharp rise in deforestation with 1345 sq km of the forest — twice the area of Tokyo — being cleared out after Brazil’s President Jair Bolsonaro allegedly permitted illegal land invasion, logging, and burning.

The deforestation is directly linked to fires in the Amazon as farmers set the forest ablaze to make room for livestock pastures and crop fields while these purposeful burns get out of control.

Environmental organisations and conservationists say the new forest fires were caused by cattle ranchers and loggers who want to clear and utilise the land for agriculture and industries. Brazilian newspapers report that farmers in some regions were organising ‘fire days’ to take advantage of weaker enforcement by the authorities. The blazes have spread rapidly across the forest due to the Amazonian dry season which runs from July to October.

The fires are now causing devastating loss of Amazonian vegetation, which will reduce rain across South America and other regions of the world. The blazes have been releasing an unprecedented amount of carbon dioxide, the equivalent of 228 megatons so far this year; the highest since 2010. They are also emitting carbon monoxide, which is being carried beyond South America’s coastlines by the heavy wind.

A world engulfed in flames

Brazil has had more than 72,000 fires this year, an 84% increase on the same period in 2018 and more than half of these wildfires were in the Amazon.

But Brazil is not the only country that is currently battling wildfires. At least 54 large blazes have been actively burning across the United States for the last two months. More than 33,000 sq km of forest have gone up in flames in Siberia this month, putting Russia on track for its worst year on record for wildfires. Earlier this week, a wildfire in the Canary Islands, Spain, caused more than 8,000 people to flee while Alaska witnessed an unusually long fire season with multiple wildfires. Denmark had to send firefighters to Greenland, which recorded the highest temperatures in many decades, to tackle wildfires that were approaching human settlements.

July was the 415th consecutive month where temperatures beat the average for all months from 1900 to 1999, an indisputable sign of a warming climate. Global warming has helped wildfires erupted during the dry season to grow bigger across the word. It has also increased the likelihood and frequency of wildfires worldwide. As climate change continues to roll along, the world needs to expect more impending disasters.