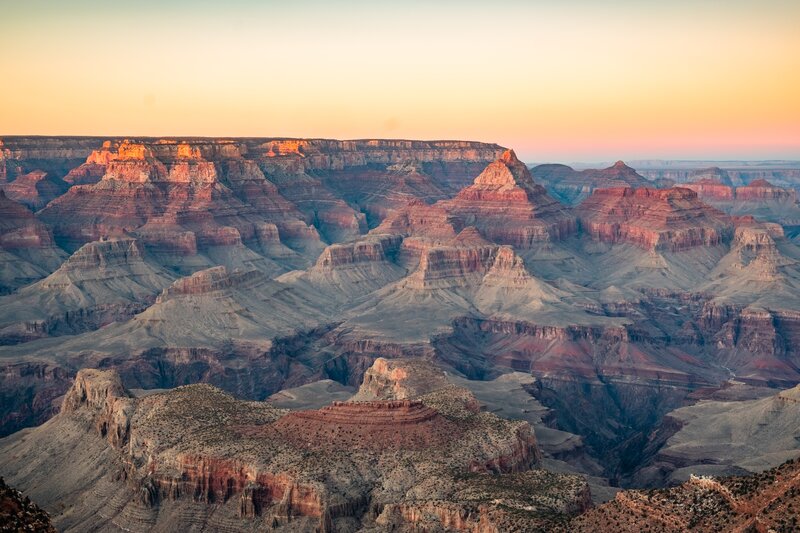 Donald Trump recently signed into law the Great American Outdoors Act, a historic bill that will provide dedicated funding to acquire and preserve the country’s 419 national parks, 193 million acres of forests, wildlife refuges, and more, in what the National Parks Conservation Association (NPCA) calls the ‘largest investment the country has made in its national parks and public lands in more than 50 years’.

Passed with bipartisan support and hailed as one of the most important environmental bills in decades, The Great American Outdoors Act comprises two major components, one of which is The Restore Our Parks Act. The act will use 50% of the government’s energy revenues to provide up to US$1.9 billion a year for five years to repair critical facilities and infrastructure in national parks, forests, wildlife refuges, recreation areas and American Indian schools.

For many conservationists, this is crucial. Across the US, national parks and public lands are facing a funding crisis caused by a surge in popularity. In 2016 and 2017 alone, national parks saw a record high of 330.9 million visitors, but this has led to public lands being overrun with visitors and demand overtaking parks’ capacity. As such, state funding has failed to keep up with parks’ mounting needs.

Now, with the passage of the Great American Outdoors Act, local governments will have the resources to address $11.9 million worth of long-overdue maintenance and help restore the nation’s 419 national parks— from the trails in the Yosemite National Park to the sewage system in the Grand Canyon, the campgrounds in the Great Smoky Mountains National Park to the failing electrical system in Kalaupapa National Historical Park in Hawaii.

The act also guarantees full and dedicated annual funding of $900 million for The Land and Water Conservation Fund (LWCF), the nation’s bedrock land acquisition program. Since its establishment in 1964, more than $22 billion has been diverted from the fund for other unknown and unaccountable purposes. In signing the act, the congress attempts to redress this lapse and ensure that the funding- coming almost exclusively from royalties from oil and gas drilling activities- is used to support much-needed land conservation as was intended 56 years ago.

The enactment is as much a victory for public lands as it is for the rural communities that depend on them. Outdoor recreation tourism has long been one of the backbones of the nation’s economy, generating $125 billion in tax revenue and supporting 7.6 million jobs. However, with the shutdowns caused by the COVID-19 pandemic, the sector has suffered the hardest blow.

“The unusual show of bipartisanship that led to enact this legislation is largely due to the political and economic consequences of the COVID-19 pandemic,” Professor Linda Bilmes, the Daniel Patrick Moynihan Senior Lecturer in Public Policy at Harvard Kennedy School (HKS) told The Harvard Gazette. “The US tourism industry is facing massive job and revenue losses. The Great American Outdoors Act is expected to create more than 108 000 new jobs to repair park infrastructure, including access roads and bridges in these adjacent communities,” she continues.

Economic benefits aside, the passage of this act mandates the conservation of huge landscapes that soak up floodwaters, recharge aquifers and provide clean drinking water to millions of Americans.

In these uncertain and often polarising times, the bill has successfully united the country’s politicians, environmentalists and economic groups. “We’ve always needed our public lands,” congresswoman Torres Small says about the importance of public lands to a country roiled by the COVID-19 pandemic. “They boost our economy, they connect us to the generations who came before us, and they provide an opportunity to relax, to marvel and to learn about our natural world. As we work to rebuild our country and heal from this pandemic, we’ve never needed our public lands more.”

More importantly, it has secured the public’s equitable access to natural spaces. As Land Tawney, president of the Montana-based nonprofit Backcountry Hunters and Anglers, said in a statement, “the Great American Outdoors Act is a once-in-a-generation conservation and public access legislation that will have impacts for generations to come.”